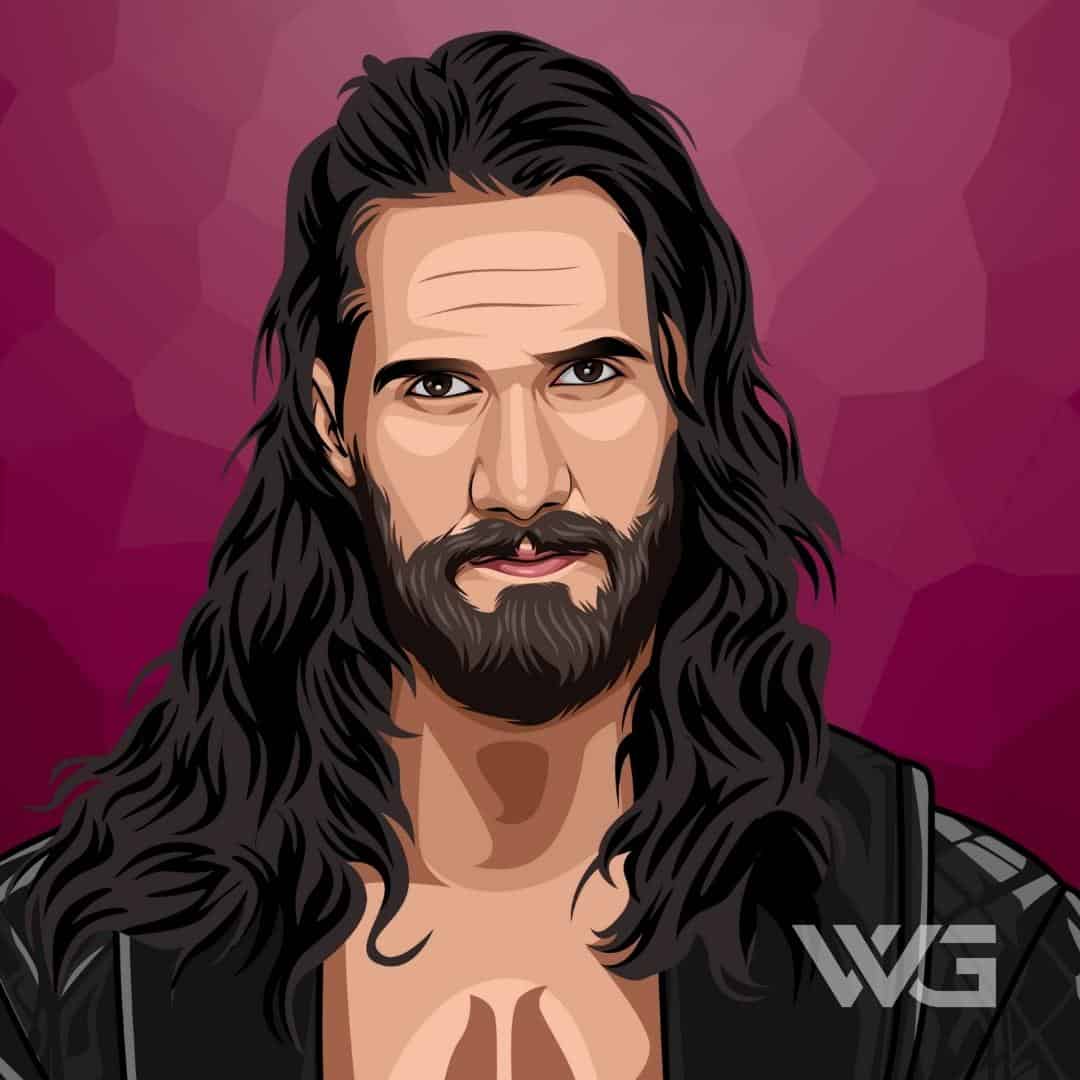 What is Seth Rollins’ net worth?

Seth Rollins is an American professional wrestler who is signed to WWE, performing on the Raw brand.

Having previously performed as Tyler Black, Rollins has enjoyed a lucrative wrestling career with several championships and industry accolades.

As of February 2023, Seth Rollins’ net worth is estimated to be $9 Million.

Seth Rollins, whose real name is Colby Daniel Lopez, was born May 28, 1986, in Davenport, Iowa, and was raised in the nearby town of Buffalo.

Part Armenian, German, and Irish, the surname Lopez comes from his elder brother Brandon’s Mexican-American father, whom Rollins considered his own father while growing up.

In 2004, Rollins graduated from Davenport West High School and spent much of his teenage years avoiding social life and listening to heavy metal and rock music.

After several years of wrestling on the independent circuit, Seth Rollins became involved in the Ring of Honor in 2007 and marked his professional debut.

After becoming the Ring of Honor world champion in 2010, Rollins departed the organization to join World Wrestling Entertainment, fighting in the developmental territories between 2010 and 2012.

His debut on the Survivors Series Shield roster alongside Dean Ambrose and Roman Reigns helped catapult him into the spotlight and led to his becoming the WWE Tag Team Champion along with Reigns.

Further success followed, with Rollins joining the ranks of the richest wrestlers in the world, picking up both the Intercontinental Champion and Universal Championship titles.

His match with Big Show and Randy Orton at Wrestlemania 29 in 2013 led Rollins and other members of The Shield roster to secure their place as world champion wrestlers.

Seth Rollins continued to win championships over the following years, picking up both the WWE World Heavyweight and the United States Championships in 2015.

Seth Rollins earns a consistent salary while working for WWE, estimated at anywhere between £1 million and $3 million yearly.

Royalties on licensing deals, DVD sales, and a 5% fee on direct event ticket sales all combine to increase his overall career earnings further.

Additional earnings will come through any brand endorsement deals, movies, and television appearances Rollins has made over the years.

With Rollins reportedly taking home a baseline income of $3 million each year through the WWE and other revenue sources, his net worth has increased over time.

As one of the highest-paid wrestlers on their roster, this net worth will likely accumulate with future championships and other victories.

His real estate investments and future business ventures will undoubtedly add to his growing wealth.

A keen American football enthusiast, Rollins has expressed his support for some of the richest NFL teams in the world, including the Chicago Bears and St. Louis Cardinals.

He also keeps many fans informed about his life and events through his official Instagram account, with over 4 million followers worldwide.

Throughout his impressive career as a professional wrestler, Seth Rollins has won many championships and earned recognition for his talent.

Many of these awards and achievements have come through his involvement with WWE, both individually and as part of a tag team.

Here are some of the titles and championship wins from Seth Rollins’ career:

With Rollins continuing to wrestle professionally, it’s highly likely this list of awards will expand in the years to come.

How Does Seth Rollins Spend His Money?

Seth Rollins is able to afford a luxurious lifestyle with his impressive income, combined with his wife Becky Lynch’s earnings.

The couple own a property in Davenport, Iowa, which they reportedly paid $1 million for in 2020.

Rollins is also enthusiastic about cars and owns a Lamborghini Aventador S Roadster, one of the most expensive cars in the world, as well as a Jeep Wrangler and Ford Kuga.

Seth Rollins has experienced many high points and successes as a professional wrestler, beginning with his amateur career and continuing with the WWE.

He’s fought some of the biggest names in wrestling, emerging victorious on many occasions and raising his public profile.

Here are some of the best highlights of Seth Rollins’ career:

Rollins continues to wrestle and appear in movies and television shows, so fans can expect even more great moments from his career in the future.

Seth Rollins has spoken about a broad range of issues through his many interviews over the years, with many insights into professional wrestling.

As well as commenting on his experiences as a professional wrestler, he’s also discussed topics such as the effects of social media on life.

Here are our favorite quotes from Seth Rollins:

Now that you know all about Seth Rollins’s net worth, let’s see what lessons and insights we can learn from his career as a professional wrestler.

Here are some of the best success lessons to learn from Seth Rollins:

1. Don’t Be Afraid To Play Both Sides

Rollins has flipped allegiances several times over his career, becoming a heel and then switching back to fight with the good guys.

Playing both sides can be a great way to gain advantages you might otherwise miss out on.

2. Keep Your Relationship Problems Off The Internet

Seth Rollins understands the power of social media to create unnecessary problems in your personal life and keeps details of his relationships off the internet.

His relationship with Becky Lynch circulated for some time as a rumor before the couple finally announced it to their fans.

3. Build Up A Strong Network Of Associates

With his close ties to upper management in the WWE, Seth Rollins understands the importance of creating a network of influential associates.

He’s close friends with Triple H and Stephanie McMahon, daughter of the founder and CEO of the WWE, Vince McMahon.

That concludes this comprehensive overview of the professional wrestling career and other ventures that helped Seth Rollins earn his net worth.

With several championship titles to his name, he’s proven himself to be among wrestling’s most iconic celebrities, adored by millions of fans worldwide.

His career continues to deliver outstanding moments, so we’ll update this article in the future to include any new highlights and changes to Seth Rollins’ net worth.

As of February 2023, Seth Rollins’ net worth is estimated to be $9 Million.

What do you think about Seth Rollins’ net worth? Leave a comment below.