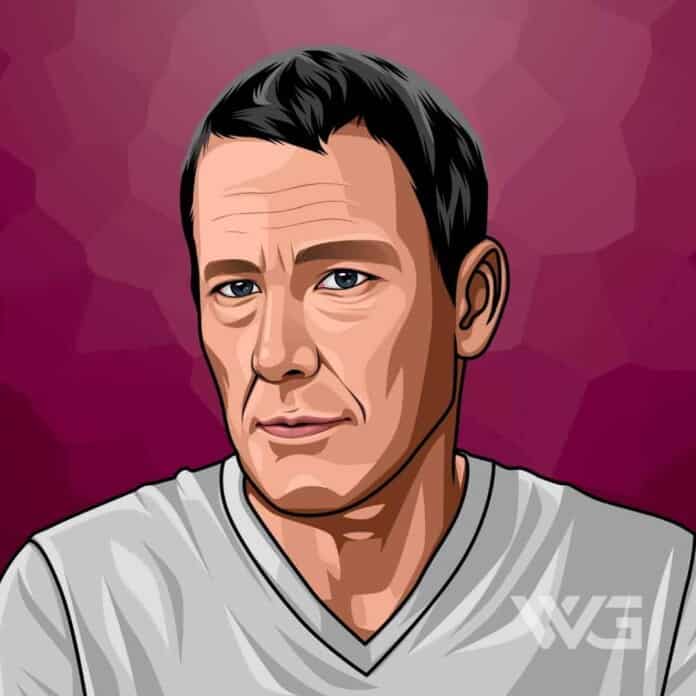 What is Lance Armstrong’s net worth?

As of December 2022, Lance Armstrong’s net worth is estimated to be roughly $50 Million.

Lance Armstrong is an American professional road racing cyclist who was considered a sports icon for his Tour de France wins. He began competing when he was 16 years old and between 1993 and 1996 he was competing in the World Championship.

Lance Edward Gunderson was born on the 18th of September, 1971, in Texas. Gunderson is the son of Eddie Charles and Linda Gayle.

Gunderson is of Dutch, Canadian, and Norweigan descent. He was named after the Dallas Cowboys wide receiver, Lance Rentzel.

Armstrong began competing as a professional in 1992 with the Motorola Cycling Team. Over the next few years, he won the Thrift Drug Classic, the Clásica de San Sebastián in 1995, and Tour DuPont, among other victories.

He was diagnosed with testicular cancer the following year and then underwent treatment and was later declared cancer-free in 1997. He returned to his biggest passion, cycling, and made his comeback in 1998.

Armstrong won the Tour de France in 1999, the sport’s most prestigious race, becoming the second American to do so. During this race, allegations of him using drugs first surfaced.

In 2000, he released his autobiography ‘‘It’s Not About the Bike: My Journey Back to Life’. He retired from racing in 2005 and then retired for the second time in 2011.

Here are the best highlights of Lance Armstrong’s career:

“Everything in my life is in perspective. OK, perspective ebbs and flows. I’ve had bad days, but they weren’t in the last years. A bad day is 2 October 1996: ‘We’ve got bad news for you, you’ve got advanced testicular cancer and you’ve got a coin’s toss chance of survival.’ That’s a bad day.” – Lance Armstrong

“Pain is temporary. It may last a minute, or an hour, or a day, or a year, but eventually it will subside and something else will take its place. If I quit, however, it lasts forever.” – Lance Armstrong

“I got the three things I wanted. I did my job, I worked hard in the process, and I cherish the memories, and they’re mine.” – Lance Armstrong

“If children have the ability to ignore all odds and percentages, then maybe we can all learn from them. When you think about it, what other choice is there but to hope? We have two options, medically and emotionally: give up, or fight like hell.” – Lance Armstrong

View our larger collection of the best Lance Armstrong quotes!

Now that you know all about Lance Armstrong’s net worth, and how he achieved success; let’s take a look at some of his best lessons that we can learn from him:

1. Pain Does Not Last Forever

Pain is always temporary. It may last an hour, or a day, or a year, but it will subside and something else will take its place.

If you worried about falling off the bike, you’d never get on. Don’t worry and get on that bike.

How much is Lance Armstrong worth?

Lance Armstrong’s net worth is estimated to be $50 Million.

How old is Lance Armstrong?

How tall is Lance Armstrong?

Lance Armstrong is regarded to be one of the most illustrious and influential athletes of the 21st century. He was ranked as the best cyclist in the world, 1996. Between the years, 1999 to 2005 he won a total of 7 Tour de France titles.

As of December 2022, Lance Armstrong’s net worth is approximately $50 Million.

What do you think about Lance Armstrong’s net worth? Leave a comment below.