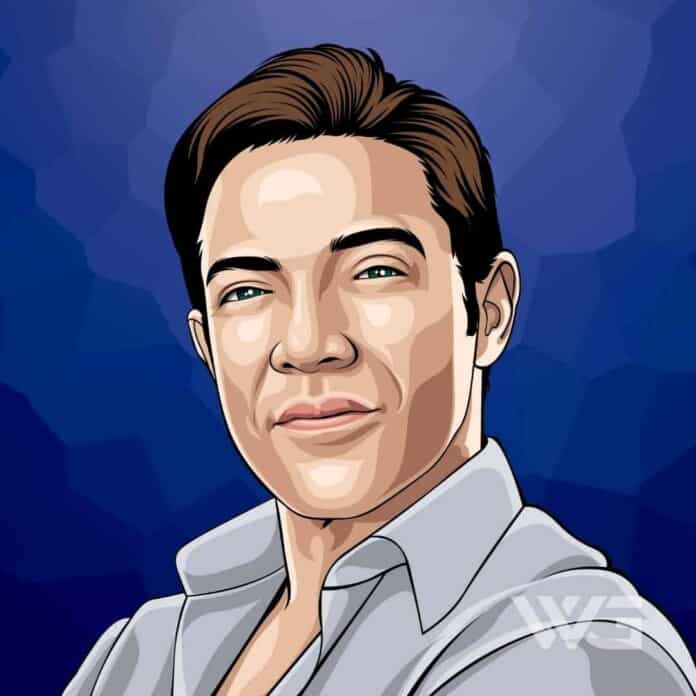 What is Jordan Belfort’s net worth?

Jordan Belfort’s net worth is estimated to be roughly -$100 Million as of February 2023, and he is currently traveling the world, working as a motivational speaker.

Jordan Joss Belfort is an American motivational speaker and author from Queens, New York. He is mostly known for his autobiography The Wolf of Wall Street. In 1999 he pleaded guilty to fraud and related crimes with stock-market manipulation and penny-stock scam.

Jordan Belfort was born in Queens, New York on the 9th of July, 1962. He was born to a Jewish family; his parents Max and Leah are both accountants. Belfort graduated from American University with a bachelor’s degree in biology.

He decided to go to The University of Maryland School of Dentistry. After his first day, he left his college, after the dean of the school told him:

“The golden age of dentistry is over. If you’re here simply because you’re looking to make a lot of money, you’re in the wrong place.”

Belfort grew up in an apartment in Queens, where he already started his career as a salesman by selling seafood and meat.

He decided to put his selling skills into a different line of work, so he became a stockbroker in 1987. Belfort started his own firm, Stratton Oakmont in the 1990’s. He became infamous for his role of tricking millions of dollars from investors.

Jordan and his work partner Danny Porush washed in cash by using a “pump and dump” scheme. His brokers helped to inflate the stocks prices, and Stratton Oakmont would sell off its own holdings in these stocks at a useful earning.

He started to develop a serious drug habit. One reason why he was involved in several accidents like crashing his helicopter into his own yacht. What a life, hey?

His drug habit contributed to his second marriage. Belfort started to use a reckless behavior toward his workers. Horseplay, substance abuse, and sex were the norms in Stratton Oakmont’s offices.

Belfort was sentenced to four years in prison, and fined $110 million in 2003. He served 22 months in jail. One of his cellmates encouraged Belfort to write about his experiences. After his life in prison, he published his memoir The Wolf of Wall Street.

Short after his debut book, he published Catching The Wolf of Wall Street, which detailed his life after the prison.

Today Belfort is working as a motivational speaker around the world, talking about his way to the success. He operates his own company which provides market straight line training and sales training.

In an interview with the Daily Mail, he explained, “I’m a wolf who became a more benevolent character.”

As of February 2023, Jordan Belfort’s net worth is roughly -$100 Million, due to his criminal past, and the fines he has been given.

How Does Jordan Belfort Spend His Money?

Belfort made millions in the 1990s through his investment company, Stratton Oakmont. Belfort has reportedly paid $14 million of the $110 million fine against him.

In the past, he’s owned a lot of fancy cars and mansions. One of his former mansions has a worth of $3.4 million. The mansion featured five bedrooms, a garage, a large pool, and multiple entertainment rooms.

Belfort bought a luxury yacht that was owned by Coco Chanel before he purchased it. One of his most expensive purchases is a kit-built airplane which he used to have on his yacht back in the days.

Here are some of the best highlights of Jordan Belfort’s career:

Filmography: The Wolf of Wolf Street, Awards, and Nominations

“If you want to be rich, never give up. People tend to give up. If you have persistence, you will come out ahead of most people. More importantly, you will learn. When you do something, you might fail. But that’s not because you’re a failure. It’s because you have not learned enough. Do it differently each time. One day, you will do it right. Failure is your friend.”  – Jordan Belfort

“Successful people are 100% convinced that they are masters of their own destiny, they’re not creatures of circumstance, they create a circumstance if the circumstances around them suck they change them.” – Jordan Belfort

“When you live your life by poor standards, you inflict damage on everyone who crosses your path, especially those you love.” – Jordan Belfort

“The easiest way to make money is -create something of such value that everybody wants and go out and give and create value, the money comes automatically.” – Jordan Belfort

View our larger collection of the best Jordan Belfort quotes!

Now you know all about Jordan Belfort’s net worth, and how he was able to achieve success; let’s take a look at some of the lessons we can learn from him:

In the real world, opportunities are reserved by the most hungry candidates. Be hungry, be a wolf. The world really is dog-eat-dog.

Talk is cheap, so instead of talking about it, show it to people around you by your actions in life and make it happened. If you want to be rich, you have to program your mind to be rich.

Always dress the part. It’s always about the presentation and your appearance reflects your work ethic and reputation.

How much is Jordan Belfort worth?

Jordan Belfort’s net worth is estimated to be -$100 Million.

How old is Jordan Belfort?

How tall is Jordan Belfort?

Jordan Belfort, known as “The Wolf of Wall Street”, earned millions in his investment company Stratton Oakmont. He had a big trouble with the law, which followed with four years in prison and a fine of $110 million.

Jordan Belfort’s net worth is estimated to be roughly -$100 Million As of 2022. He is currently 59 years old and is working as a motivational speaker around the world.

What do you think about Jordan Belfort’s Net Worth? Leave a comment below.

Former racing driver Martin Brundle has earned millions from Formula One and as the 24 Hours of Le Mans Champion.