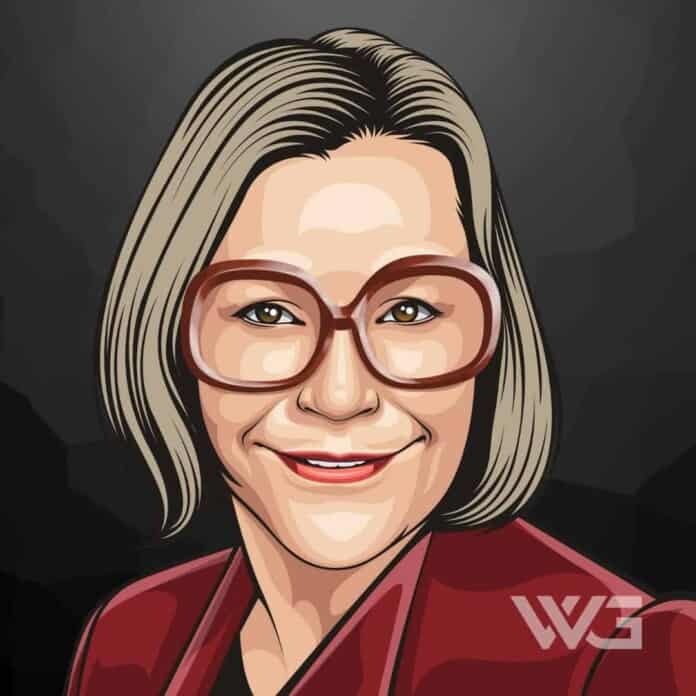 What is Alice Walton’s net worth?

As of February 2023, Alice Walton’s net worth is estimated to be roughly $66 Billion.

Alice Louise Walton is an American heiress to the fortune of Walmart Inc. Walton is the daughter of Walmart founder Sam Walton and Helen Walton. She is one of the wealthiest women in the world.

Her impressive net worth, accumulated largely through Wal-Mart’s monolithic success in retail, makes her the 10th richest person in America.

Alice Walton was born in Newport, Arkansas on the 7th of October, 1949. Walton was raised along with her three brothers in Bentonville.

She graduated from Bentonville HS in 1966, and Trinity University in San Antonio, Texas with a B-A. in economics and finance.

Alice Walton was an equity analyst and money manager in her early career. She was also a broker for EF Hutton. In 1988, she founded Llama Company, where she was president, chairwoman, and CEO.

In the late 1990s, Llama Co- closed, and a few years later she moved to a ranch in Millsap, Texas. Walton was known for having a big interest in determining which 2-month old would grow to be champion cutters.

Walton listed the farm for sale in 2015 and moved to Fort Worth in Texas.

However, her impressive net worth, accumulated largely through Wal-Mart’s monolithic success in retail. She is the 10th richest person in America and she has held numerous financial firms. Walton is also a well known political contributor.

Despite being one of the richest women on the earth, Alice lives a very humble life and is also a firm believer in philanthropy. Alice Walton currently lives in a 3200-acre ranch in Texas.

Walton has maintained a reclusive life, focusing her energy and time in breeding race-winning horses.

As of February 2023, Alice Walton’s net worth is estimated to be roughly $66 Billion.

Here are some of the best highlights of Alice Walton’s career:

“I think it is more of an intuitive, circular kind of personality, for starters. And, as I say of horses, the secret to breeding great horses is the three B’s: bones, brains, and balance. If you look at art, it shares some of the same qualities.” – Alice Walton

“One of the great responsibilities that I have is to manage my assets wisely so that they create value.” – Alice Walton

“There is a lot that horses and art share in common. I have found that most horse people are art lovers and vice versa.” – Alice Walton

“One of the things we’re really interested in, if you look at Contemporary art today, is how fine art has finally evolved to include everything. There’s amazing folk art, crafts, glass and much more being made all across the country…the key challenges for museums today is to give context to this radical change in how we define art. Witness, for instance, the incredible rise of ceramics in the Contemporary art world over the last five years.” – Alice Walton

“Beyond what we show in the Ozarks there’s a real need for traveling exhibitions that go to regional museums. We’ve only begun to partner and share our works and exhibitions after three and three-quarter years.” – Alice Walton

Now that you know all about Alice Walton’s net worth, and how she achieved success; let’s take a look at some of the lessons we can learn from her:

Failure then becomes a means to an end, rather than an end in and of itself. In other words, failure is a part of the journey toward success. Everyone fails at one time or another, the courage part comes in continuing to try.

Success begins through believing in what you can do. Don’t let other people discourage you in your path toward success.

3. Courage must be your watchword

We are all quite capable of spectacular mistakes and some of us. The key is to not allow defeat and failure to be the end-all. You must continue forward.

How much is Alice Walton worth?

Alice Walton’s net worth is estimated to be $66 Billion.

How old is Alice Walton?

How tall is Alice Walton?

Alice Walton is one of the richest people in America. There’s no wonder that she will remain as an incredible figure for financial firms and Wal-Mart.

As of February 2023, Alice Walton’s net worth is estimated to be roughly $66 Billion, making her one of the richest persons in America.

What do you think about Alice Walton’s net worth? Leave a comment below.