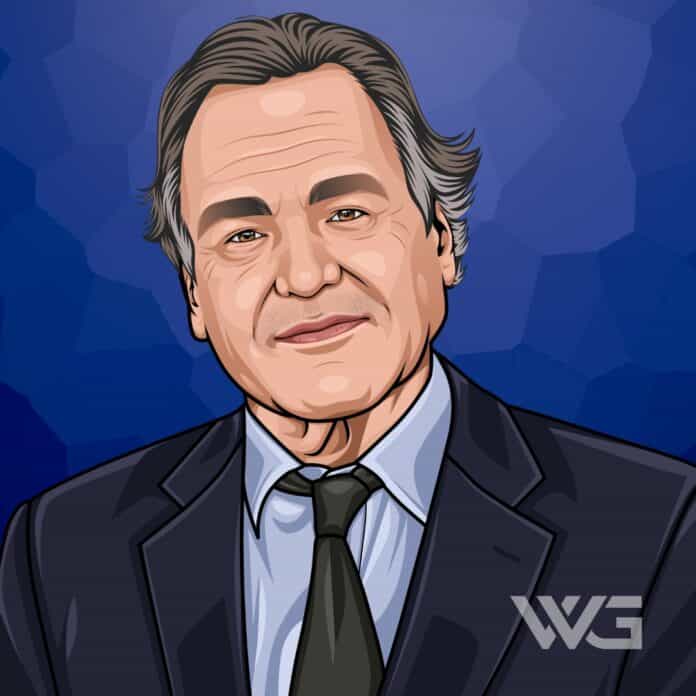 What is Oliver Stone’s net worth?

William Oliver Stone is an accomplished American film director, producer, and screenwriter known for his focus on controversial political issues in the 20th century.

Although he has been working in the entertainment industry since 1971, Stone has shown no interest in retiring any time soon.

He grew up in Manhattan and Stamford, Connecticut, and was raised in the Episcopal Church.

As a child, Oliver attended Trinity School in New York before his parents sent him to The Hill School, a college preparatory academy in Pottstown, Pennsylvania.

While he was away at The Hill, his parents abruptly divorced, and he ended up spending many summers with his maternal grandparents in France.

In 1964, Oliver was accepted into Yale University but left the next year to teach English in Saigon, South Vietnam.

Oliver enlisted in the US Army in 1967 and requested combat duty during the Vietnam War.

For his service, Oliver was awarded the Bronze Star, the Purple Heart, the Air Medal, and many others.

After returning from Vietnam, Oliver Stone graduated from New York University with a Bachelor of Fine Arts in film in 1971 and directed the short film Last Year in Viet Nam.

In 1979, Stone received his first Oscar for his film Midnight Express, and the following year he wrote the screenplay for Scarface, a drug epic that he loosely based on his own experience with cocaine.

During the 1980s, Stone found a lot of success with the films Platoon in 1986 and Born on the Fourth of July in 1989, which both dealt with aspects of the Vietnam War.

Oliver Stone’s success continued into the 1990s, with The Doors in 1991 and his controversial film JFK, which helped congress pass the Assassination Materials Disclosure Act in 1993.

In 1994, Stone directed Natural Born Killers, based on a screenplay by Quentin Tarantino but with significant rewriting done by Stone himself.

Entering into the new millennium, Stone released numerous other sensational films, including World Trade Center in 2006 and W., a biopic about George W. Bush in 2008.

Stone earned the Cinema For Peace for Justice Award for his film Snowden, which debuted in 2015 starring Joseph Gordon-Levitt as the titular character.

In 2020, Stone released his first memoir, which highlights his childhood in New York City, as well as his career in the film industry.

Not much information has been released about Oliver Stone’s earnings for his individual films, which leaves many of his personal gains up for interpretation.

However, we do know a bit about what some of his most successful films have earned in total.

While he may not be worth as much as Christopher Nolan, Oliver Stone has released many successful movies that have netted him high sales at the box office.

With Elizabeth, he had two children, Sean Stone and Michael Jack, before divorcing in 1993.

Stone is currently married to Sun-Jung Jung, who he had his daughter Tara with in 1995.

During his career, Stone has faced a few notable legal issues, most notably in 1999 when he pleaded guilty to drug and alcohol charges and was ordered to undergo rehabilitation.

Oliver Stone has won a great number of awards for his work as a film director and even more nominations.

Although all of his accomplishments are noteworthy, some stand out more than others for their prestige.

Here are some of Oliver Stone’s greatest awards:

Like Michael Bay, Oliver Stone has achieved a lot during his career and won numerous awards for his directorial skills.

How Does Oliver Stone Spend His Money?

Oliver Stone has more than enough money to live in some of the most expensive penthouses in the world, and he has owned numerous expensive mansions throughout his career.

Most recently, Stone lived on a $24.5 million Colorado ranch that boasted 1,400 acres of land and a main home with eight bedrooms.

Before selling this home in 2020, Stone built a 32,000 sqft equestrian center and indoor riding space, as well as two separate houses for ranch hands.

In total, Stone is thought to have put an additional $15 million in improvements into the ranch, leading to its high asking price.

Oliver Stone’s career has been one of the most successful in Hollywood, and he has accomplished a lot during his time behind the camera.

However, some of his achievements stand out more than the rest for their impact on his fame and fortune.

Here are some of the best highlights of Oliver Stone’s career:

While he may not have reached as many milestones as James Cameron, Oliver Stone has still experienced many high points during his long career.

Oliver Stone has made a huge impact on the film industry, and he’s used a lot of his personal experiences to inspire the movies he works on.

In past interviews, Stone has talked about how he approaches directing and what motivates him to continue working.

Here are our favorite quotes from Oliver Stone:

There is a lot that can be learned from Oliver Stone and his successful career in Hollywood.

Now that you know all about Oliver Stone’s net worth, we can take a closer look at what he can teach us about reaching our own goals.

Here are some of the best success lessons to learn from Oliver Stone:

To become successful, you have to make sure that you’re giving 100% in everything that you do.

If you’re not consistently giving it your all, you can fall behind and miss out on potentially life-changing opportunities.

2. Take Things One Step At A Time

Although you should always have plans for the future, focusing on the here and now is important without getting too caught up in what could happen tomorrow.

When you take things step by step, it makes it easier to organize your day and put all of your effort into the things you currently need to take care of.

3. Take Pride In Your Work

It’s hard to become successful if you’re not proud of your work, so taking time to celebrate your progress and accomplishments can be vital.

Don’t worry about comparing yourself to others, but be proud of the things you have achieved while constantly working to become even better.

Oliver Stone is a talented director who has left a lasting mark on the film industry.

While he could easily retire and live a quiet life of luxury, Stone is still active in Hollywood with no plans to step away any time soon.

Make sure to check back often as Oliver Stone’s wealth and career continue to grow and develop as he continues making films.

What do you think about Oliver Stone’s net worth? Leave a comment below.