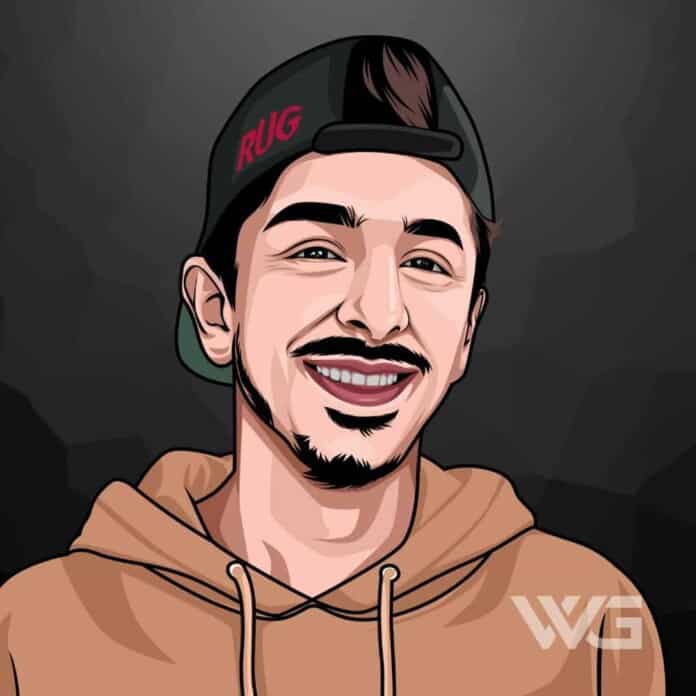 What is FaZe Rug’s net worth?

FaZe Rug is a famous YouTube vlogger from San Diego.

He first came to the notice of viewers when he uploaded some prank videos on YouTube. Soon his videos became very popular with the video titled ‘Cocaine Prank’ being viewed by almost 8.9 million viewers.

Brian Awadis was born on the 19th of November, 1996, in the city of San Diego in California. His parents are from Iraq who had earlier immigrated to the United States.

They are sometimes referred to as ‘Mama Rug’ and ‘Papa Rug’. FaZe grew up with his brother Brandon in San Diego like any normal kid and joined college after completing his school education.

FaZe Rug shot into prominence when people started viewing his videos on pranks that he played on other people. He had always wanted to have fun as a school kid and share his experiences with others. He started recording his pranks on videos but only when he started to upload them to YouTube did he find the satisfaction of sharing them fully with others.

As he made more and more videos on pranks, ‘call-of-duty’ issues, and vlogs, he found that people wanted to see more of them. So he left college in the first year and got down seriously to make videos.

The success of becoming a YouTube star and earning huge money at the early age of twenty years has made Faze Rug an inspiration to all youngsters who want to make it big in their life. His pranks videos are especially popular among all other videos and people love to see him get away with all his mischief.

Here are some of the best highlights of FaZe Rug’s career:

“I feel like I don’t say this enough, but I’m so grateful for you guys. The past few months have been a little rough for me but your support genuinely gets me through it. Couldn’t have asked for a better position to be in.” – FaZe Rug

“Yo I legit made a song as a JOKE in like 2 hours and people are really messing with it to me its funny but hey I’m glad some of you like it. It’s called “Goin’ Live” by FaZe Rug if you wanna hear it on Apple Music or Spotify” – FaZe Rug

“I’ve been eating very unhealthy my whole LIFE. I just hired a personal trainer and I’ve never felt so motivated to change my lifestyle. Fitness & nutrition is #1 in life and I should’ve been preaching this earlier. This is a before, and I will update you throughout the journey.” – FaZe Rug

“So I been planning this for a while, but I bought my dad a brand new Lamborghini. He didn’t want to accept it unless he and I shared it so I said yes just so he can take it.” – FaZe Rug

Now that you know all about FaZe Rug’s net worth, and how he achieved success; let’s take a look at some of the lessons we can learn from him:

A lot of people will ignore positive words when they are down and accept negative words. Those people never get better.

People who project negativity typically have low self-esteem. They feel bad about themselves, and their negativity is simply a reflection of those feelings.

Negativity is an addiction to the bleak shadow that lingers around every human form … you can transfigure negativity by turning it toward the light of your soul.

How much is FaZe Rug worth?

FaZe Rug’s net worth is estimated to be $4 Million.

How old is FaZe Rug?

How tall is FaZe Rug?

FaZe Rug first came to the notice of viewers when he uploaded some prank videos on YouTube. Soon his videos became very popular with the video titled ‘Cocaine Prank’ being viewed by almost 8.9 million viewers.

What do you think about FaZe Rug’s net worth? Leave a comment below.