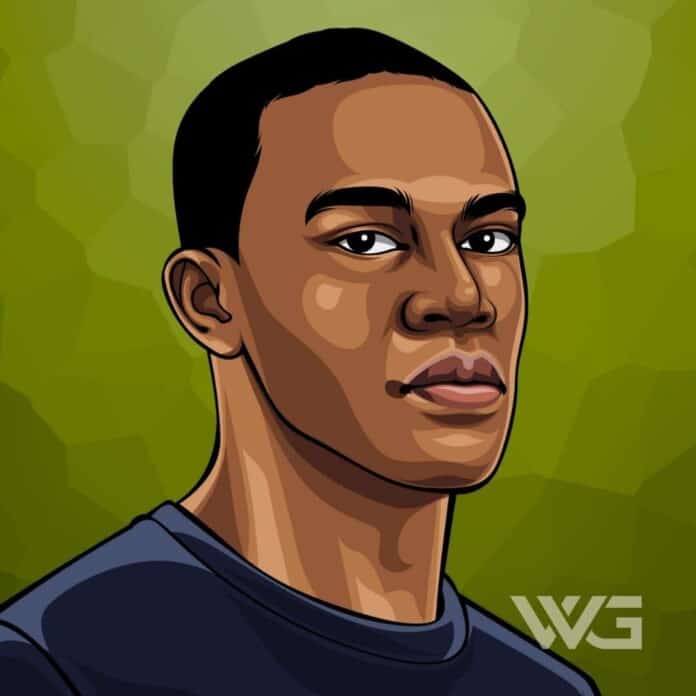 What is Deji’s net worth?

As of December 2022, Deji’s net worth is estimated to be roughly $5 Million.

Oladeji Daniel Olatunji “Deji” is a British Vlogger and Gaming Youtuber from London. He has over 9.7 million subscribers and over 3.4 billion views on his channel. Deji is also a younger brother of KSI.

Oladeji Daniel Olatunji “Deji” was born in London on the 9th of December, 1996, in London. Deji lived most of his life in London but is currently living in Peterborough with his parents.

He started his career by posting gaming videos to YouTube, including FIFA. Deji used to make short sketches, utilizing a “parody” style in making these sketches with his brother and father.

Deji Olatunji has been influenced a lot by his older brother JJ’s YouTube success. He started his own YouTube channel in 2011. Deji entered the YouTube scene with short funny videos on games like Halo 2, Tekken 6, Modern Warfare 3 and FIFA 12.

He got much exposure for appearing on his brother’s videos rather than his own uploads. Many of Deji’s videos featured failed pranks with his father, which quickly gained popularity and helped his channel to grow faster. Deji eventually hit over 1 million subscribers mark in 2013.

Deji quickly made a name for himself on YouTube, and his posts were known for being very funny.

However, in an effort to build his own identity, he has added to his channel a number of different videos like comedic Q&A series, pranks involving his parents and vlogs. He has maintained his own uniqueness in his videos, be it through more yelling, more weirdness or a lot more offensive mom-jokes.

In spite of that, haters often mention that much of his fame is due to the fact that his brother is a much bigger internet celebrity and that Deji is riding on his brother’s fame.

Here are some of the best highlights of Deji’s career:

“I wanna apologize to my young fans about the beef with my bro. It should have been private. Me and my bro will eventually squash this beef. I didn’t realize I was ruining my young fans Christmas. I’m off social media.” – Deji

“It’s sad, me trying to defend myself is me trying to get fame, money, and clout etc. Stand up to your bullies, don’t let anyone talk down on you and make you think you’re doing the wrong thing.” – Deji

“Lauren finally realized what a waste of space you truly are. Lauren can now finally grow as a better person now that she’s away from you. She is finally out to get some better dick haha. ” – Deji

“Just because I’m fighting one of your golden boys Jake Paul, you’ve been limiting my videos for a while. When I knock his ass out, i’mma be your new golden boy.” – Deji

3 Lessons from Deji About Success

Let’s take a look at some of the lessons we can learn from Deji:

1. You Learn More From Failure Than From Success

When you replace ‘lose’ with ‘learn’ in your vocabulary, the thought of failure becomes less daunting and lets you focus on growth.

2. Knowing Is Not Enough

This piece of wisdom is one of my favorite quotes for students. It reminds us to apply what we learn and take action toward success, rather than waiting and hoping.

3. Imagine Your Life Is Perfect

The exercise mentioned in this excerpt of my personal development philosophy is one of the keys to gaining clarity for what you really want in life. Start with a clear vision of your ideal life and happiness, then work backward to achieve it.

How much is Deji worth?

Deji’s net worth is estimated to be $5 Million.

How old is Deji?

How tall is Deji?

Deji Olatunji is a popular YouTube star with over 7 million subscribers and 2 billion views on his channel ComedyShortsGamer. In fact, he is so popular that in 2015 he made the second spot in the list of “UK’s Most Influential YouTube Creators.

As of December 2022, Deji’s net worth is approximately $5 Million.

What do you think about Deji’s net worth? Leave a comment below.