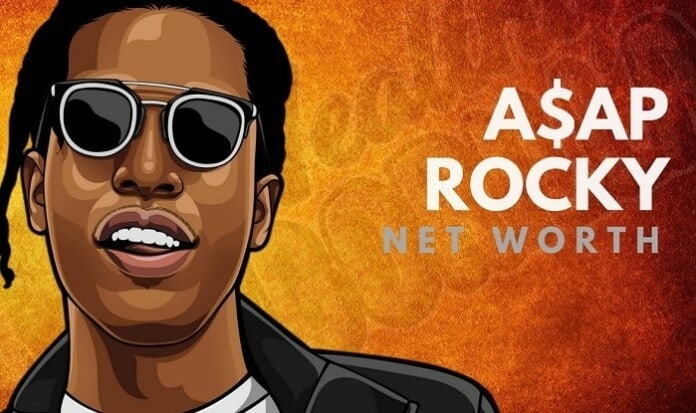 What is ASAP Rocky’s net worth?

With ASAP Rocky’s net worth estimated at $10 Million, he is among some of the richest rappers, but he still has a way to go until he reaches the likes of P. Diddy, Dr. Dre, and Jay-Z.

He has been rapping professionally since 2007 when he joined A$AP Mob crew. Rocky is one of the most successful rappers in America right now.

Rakim Mayers was born on October 3, 1988, in Harlem, New York City. His mother is African American and his father was from Barbados. Rakim started his rapping career at the age of 9.

He learned how to rap from his older brother. When Mayers was at the age of 13 his brother was killed in Harlem; the death has inspired Rocky to take rapping more seriously.

He attended to Bayard Rustin Educational Complex during his high school years. Mayers grew up admiring Harlem based rappers and groups like Wu-Tang Clan, Three 6 Mafia, UGK and Mobb Deep.

At the age of 19 Rocky hooked up with the group A$AP Mob. He began working with the group’s producers to develop the spacey soundscapes underpinning his raps: Clams Casino, SpaceGhostPurpp, and A$AP Ty Beats.

He released two singles “Peso” and “Purple Swag” in 2011, sparking a major label deal before he released his first mixtape “Live. Love. A$AP”. The following year he signed to the Sony/RCA of Polo Grounds Music for $3 million dollars.

Rocky’s solo album “Live. Love. A$AP” released in 2013, and included many guest artists such as 2 Chainz, Kendrick Lamar, and Santigold.

His second album “At.Long.Last.A$AP” was released in 2015. The album was produced by the Grammy award-winning Danger Mouse and featured guest appearances from M.I.A, Future, Mark Ronson and Kanye West.

Since then, ASAP Rocky has become known for being one of the most successful rappers in the hip-hop industry. He has sold copies all over the world. Rocky has collaborated with artists including likes of Future, Rihanna, Rod Stewart and Lana Del Rey.

Here are some of the best highlights of ASAP Rocky’ career:

“Everybody should be able to enjoy their life because you only live once. So I just want to get it all out there and be the best role model that I can be if people want to put me in that kind of predicament. I mean, I didn’t ask to be a role model, because I’m not perfect.” – A$AP Rocky

“There was a time when someone would get on a plane and request to move their seat just because the person sitting next to them was of a different ethnicity or religion or nationality. But I don’t think my generation wants that. That’s how it used to be.” – A$AP Rocky

“I used to be homophobic, but as I got older, I realized that wasn’t the way to do things. I don’t discriminate against anybody for their sexual preference, for their skin color… that’s immature.” -A$AP Rocky

“For me, growing up in Harlem and then migrating down to SoHo and the Lower East Side and chillin’ down there and making that my stomping ground… That was a big thing, because I’m from Harlem, and downtown is artsier and also more open-minded. So I got the best of both worlds.” -A$AP Rocky

“I treat everybody equal, and so I want to be sure that my listeners and my followers do the same if they’re gonna represent me. And if I’m gonna represent them, then I also want to do it in a good way.” – A$AP Rocky

How much is ASAP Rocky worth?

ASAP Rocky’s net worth is estimated to be $10 Million.

How old is ASAP Rocky?

How tall is ASAP Rocky?

ASAP Rocky is one of the most trendy and popular rappers of all time. He has shown us that no matter what you’re going through you can pursue success with anything.

His debut album debuted at number one on the Billboard 200, and there is no doubt that Rocky’s net worth will increase in the next five years.

What do you think about ASAP Rocky’s net worth? Leave a comment below.