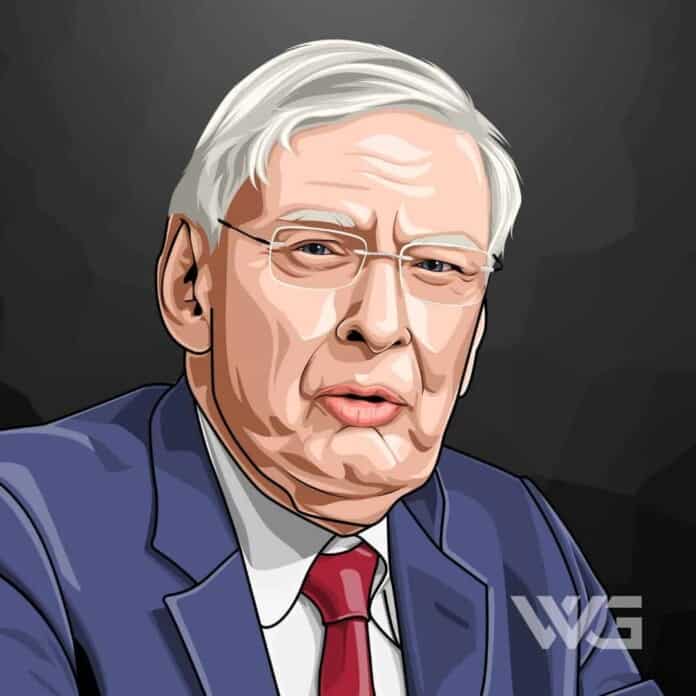 What is Bud Selig’s net worth?

Allan Huber was born on the 20th of July, 1934, in Wisconsin. Selig served two years in the military before returning to Milwaukee to work as a car dealer.

An avid baseball fan, he eventually became the largest public stockholder in the Milwaukee Braves franchise, and, when the team moved to Atlanta in 1965, he organized a group of investors to bring a major league baseball team back to Milwaukee.

After baseball commissioner Fay Vincent resigned his post in 1992, Selig became the de facto commissioner when his fellow owners selected him to be chairman of the Major League Executive Council.

In 2002 Selig and the league owners pushed for a luxury tax on team payrolls and increased revenue sharing between large- and small-market franchises.

Despite Selig’s actions, massive payroll disparities between large- and small-market franchises persisted, and occasionally grew even wider, over the course of his commissionership.

Here are some of the best highlights of Bud Selig’s career:

“Major League Baseball is a national institution and we take our responsibilities seriously when it comes to how the game affects the lives of American youth.” – Bud Selig

“I don’t know how we could use it to improve the job that umpires do, … The human element in sport has always been a big part of the game. I’m a football fan, too, and I hate instant replay in the NFL. Football games are taking four hours.” – Bud Selig

“So that there is no misunderstanding from my perspective, I will suspend any player who tests positive for an illegal steroid. There will be no exceptions. The (players) union is aware of that and they accept it.” – Bud Selig

“Major League Baseball has always recognized the influence that our stars can have on the youth of America. As such, we are concerned that recent revelations and allegations of steroid use have been sending a terrible message to young people.” – Bud Selig

“Money has to be put in the way a club feels it should. If you put money in a new ballpark, that helps to generate revenue so you can spend more money. It should be spent to make the club’s operations the best. That will help in the end, and it will mean enhanced payroll.” – Bud Selig

Now that you know all about Bud Selig’s net worth, and how he achieved success; let’s take a look at some of the lessons we can learn from him:

Success has less to do with hard work and more to do with massive focus on your few best opportunities.

Why resist change when it’s the main source of your growth?

The more you invest in growing and developing your mindset and way of seeing the world, the more everything you touch transforms in a breathtakingly positive way.

How much is Bud Selig worth?

Bud Selig’s net worth is estimated to be $400 Million.

How old is Bud Selig?

How tall is Bud Selig?

Bud Selig is an American Commissioner of Major League Baseball who became the largest public stockholder of the Boston Braves. Selig planned to retire after the 2012 season but decided to stay on two more years.

He is an adjunct professor at Marquette University Law School.

What do you think about Bud Selig’s net worth? Leave a comment below.