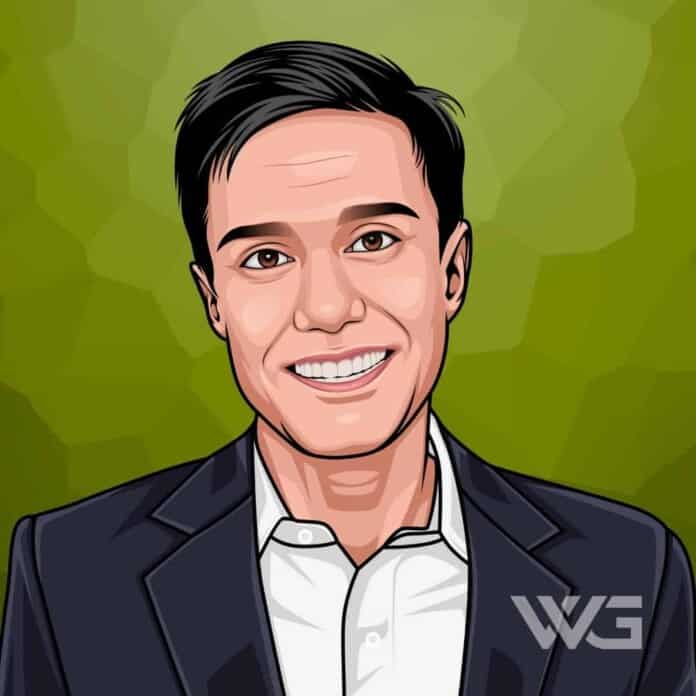 What is Ricky Van Veen’s net worth?

Ricky Van Veen is an entrepreneur.

He is the Head of Global Creative Strategy at Facebook. Veen co-founded the brand and humor website CollegeHumor and the website Vimeo.  He was also CEO of Notional, a television production company spun out of CollegeHumor.

Ricky Van Veen was born on the 17th of December, 1980, in Lutherville-Timonium, Maryland.

He is the son of Helen and Richard Van Veen. He graduated from Wake Forest University. From the university, he received a degree in Management and Information Systems.

Van Veen started CollegeHumor as a student during his time at Wake Forest University. His site was earning between $10–15 million a year before the partners sold a controlling stake to IAC/InterActiveCorp.

He is one of the principal owners and founders of Connected Ventures. It is a company that has been formed around CollegeHumor that included BustedTees and Vimeo.

He has made appearances in many College Humor video series such as Jake and Amir. He has also been seen on the former MTV program ‘The CollegeHumor Show.’

In 2009, Van Veen was announced to be the CEO of the company, Notional. One of Notional’s most noteworthy TV shows is ‘Chopped’.

Van Veen co-founded the product company Scroll in 2015. He would invent products and later sell them online. It was later acquired by BuzzFeed.

Here are some of the best highlights of Ricky Van Veen’s career:

Sometimes your audience is on the couch and wants to watch a 30-minute show, and sometimes they’re checking their Facebook feed and want to see something that’s only a minute long.” – Ricky Van Veen

“On the Web, you have to sum up what your piece of content is in one link or nobody is going to watch it. That’s the same thing I’ve been hearing from TV executives – is we need a program that you can have on the side of a bus and someone can watch it go by and get what the show is and want to watch it.” – Ricky Van Veen

“All Internet comedy is niche comedy. If you do an Internet video about Halo, every Halo fan will send it to every other Halo fan. But if you did an episode of a network comedy that parodied Halo, most of your audience wouldn’t even get it.” – Ricky Van Veen

“Everything is up for grabs and being revolutionized by technology,” so entrepreneurs should be aware of the changing landscape of today’s society. Just because you can start something doesn’t mean someone else can try to undercut you.” – Ricky Van Veen

“You have to learn entrepreneurship even if you are not going to start your own business,” and “it is cool now to be an entrepreneur.” College is an excellent time to “explore your potential.” – Ricky Van Veen

Now that you know all about Ricky Van Veen’s net worth and how he achieved success; let’s take a look at some of the best lessons we can learn from him:

Always make sure to know your audience.

How much is Ricky Van Veen worth?

Ricky Van Veen’s net worth is estimated to be $25 Million.

How old is Ricky Van Veen?

How tall is Ricky Van Veen?

Ricky Van Veen is an American internet CEO. Veen is best known for being the co-founder and the current CEO of CollegeHumor.com.

In 1999, he founded CollegeHumor with Josh Abramson. Over the next years, the site has attracted millions of monthly visitors who enjoyed CollegeHumor’s videos, images, and articles.

What do you think about Ricky Van Veen’s net worth? Leave a comment below.

What is Simon Bird's net worth? Introduction  Simon Bird is an...