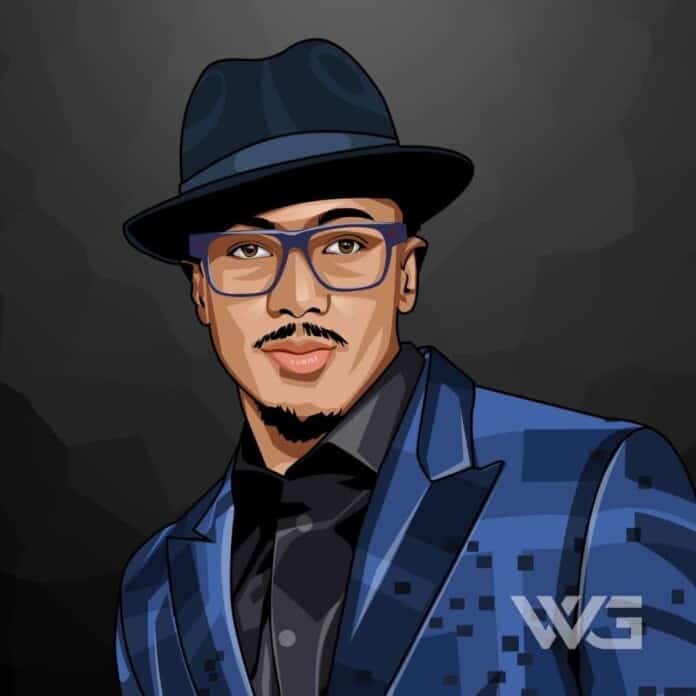 What is Nick Cannon’s net worth?

As of February 2023, Nick Cannon’s net worth is approximately $20 Million, and he continues to gain money and popularity as he expands his career.

Nick Cannon is a multi-talented star that has been in Hollywood since he was a teenager. He is widely recognized for being the host of the television show ‘America’s Got Talent’ as well as being an actor and a musician.

His parents divorced when he was very young, and his grandparents significantly contributed to his upbringing. At an early age, he found he had a knack for comedy when he performed his stand-up comedy on his father’s public access program.

At 16, he began driving up to Los Angeles on the weekends to perform stand-up comedy and landing gigs at high-profile locations. Cannon graduated from Monte Vista High School in 1998. He later moved to Hollywood and landed several stand-up comedy gigs at, for example, The Laugh Factory, The Improv, and The Comedy Store. He debuted on the Nickelodeon sketch comedy show “All That.” As a teenager, Nick was also part of a rap group Da G4 Dope Bomb Squad which opened for famous nineties acts, such as Will Smith, Montell Jordan, and LFO.

Nick Cannon started his music career in 1999 when he formed his own rap group. In 2001 he was signed by Jive Records, and in 2003 he released his first album ‘Nick Cannon.’

Cannon formed his record label ‘N’Credible Entertainment’ in 2009, then later in 2011 released his debut mixtape ‘Child of the Corn’ followed by ‘The Gospel of Ike Turn Up: My Side of the Story’ in 2016.

In 2010 Nick Cannon hosted a morning radio show on 92.3 NOW FM with Southern Sarah Lee and Nikki. This led him to sign up for his weekly program ‘Cannon’s Countdown.’ A year later, he went on to record ‘Mr. Showbiz’ in Las Vegas, his stand-up comedy special.

In 2005 Nick created, produced, and hosted the hit MTV series ‘Wild’ N Out’ and the ‘Nickelodeon’s Kids’ Choice Awards.’

In 2009 he was signed as the host for the show ‘America’s Got Talent’ and filled that position until 2016. He also created the television series ‘Incredible Crew.’

Apart from his music career, Nick appeared in several movies, including “Men in Black II,” “Drumline,” “Love Don’t Cost a Thing,” “Shall We Dance,” and “Roll Bounce.” He also starred in “Bobby,” which got him the award of Breakthrough Actor of the Year at the Cannes Film Festival in 2007.

Here are some of the best highlights of Nick Cannon’s career:

Nick Cannon was married to singer Mariah Carey from 2008 to 2016. They were married on Windermere Island in The Bahamas at Carey’s private estate. They have two children together, fraternal twins Monroe and Moroccan Scott. The couple announced their separation in 2014, which led to their divorce two years later. As part of their divorce settlement, Nick was forced to pay $5,000 per month for their twins.

Cannon has seven children with four women, including model Brittany Bell with whom he has a son born in 2017 and a daughter born in 2020. In June 2021, his son with a model Alyssa Scott was born, however, he died of brain cancer at 5 months old. Cannon is reportedly expecting a child with DJ Abby De La Rosa, due in October. He is also expecting a baby boy with Brittany Bell.

Cannon enrolled at Howard University in 2016 and graduated in 2020 with a Bachelor of Science in Criminology and Administration of Justice with a minor in Africana Studies.

Cannon runs his own charity, the Nicholas Scott Cannon Foundation. He supports such organizations as Feeding America, Boys and Girls Club, Toys for Tots, and Stomp Out Bullying. Nick also works with the platform Do Something, which encourages teenagers to find and develop their passions and contribute to their community.

Cannon is an active member of the Board of Directors of New York’s St. Mary’s Hospital. Since 2011, he has served as a celebrity spokesperson for the annual food drive organized by The National Association of Letter Carriers.

“You have to be vigorous. That’s the only way you are going to get it because everybody has dreams and everybody has goals, but the only people who achieve them are the ones that go after it and don’t take no for an answer.” – Nick Cannon

“The people who truly love me and loved me before all of this stuff. You can’t ever leave them behind.” – Nick Cannon

“I think it takes a strong man to be in a relationship with a strong woman. A lot of people hear the word “diva” and think of it as a negative. I see it as a positive. I want somebody who knows what they want out of life and isn’t afraid to show it.” – Nick Cannon

“Having children obviously changes your priorities, but when you start to see life through these innocent eyes and seeing everything for the first time, you appreciate the small things.” – Nick Cannon

3 Rules for Success from Nick Cannon

Now that you know all about Nick Cannon’s net worth and how he achieved success; let’s take a look at some of the lessons we can learn from him:

1. Never lose sight of what you want in life.

Having dreams and aspirations is incredible, and keeping those thoughts in your mind pushes you to overcome, create, and inspire more. Remember that this is all to keep you on your toes and fuel your energy.

So, be ambitious and determined because it will all be worth it in the end.

2. Do whatever it takes to make your dreams come true.

Be a go-getter! Don’t take no for an answer when it comes to your dreams because only you can make them come true and you can’t let things get in your way.

Never forget about of people that matter to you and those who stick by your side no matter what. Those loyal and honest people should be your priority, not those who hate on you and want to bring you down.

Surround yourself with good company and good things are sure to come.

How much is Nick Cannon worth?

Nick Cannon’s net worth is estimated to be $20 Million.

How old is Nick Cannon?

How tall is Nick Cannon?

Nick Cannon is a connoisseur of many things, including acting, music, comedy, and production. He has taken on numerous television show host jobs.

As of February 2023, Nick Cannon’s net worth is approximately $20 Million; but that number will likely increase as he continues to launch new music and other projects to this day.

What do you think about Nick Cannon’s net worth? Leave a comment below.