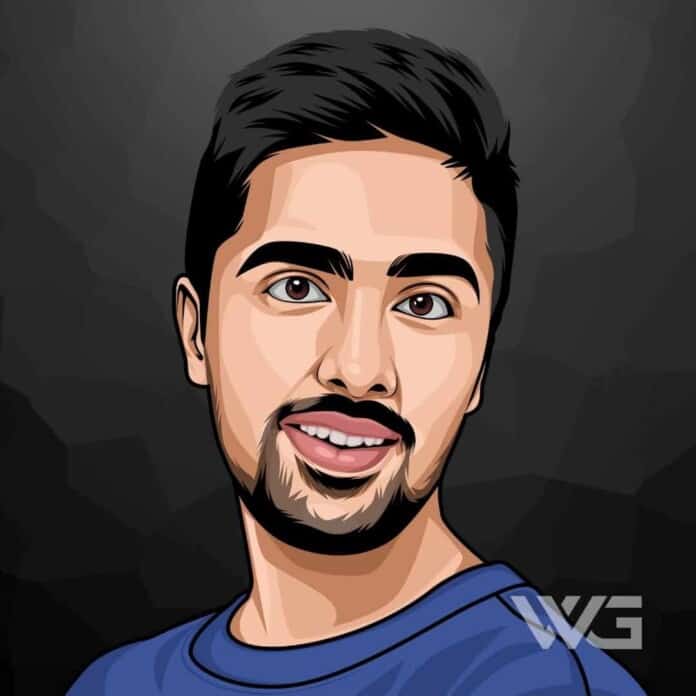 What is Mo Vlogs’ net worth?

Mo Vlogs is a vlogger and gamer who found success with his YouTube channel ‘Mo Vlogs’. Interestingly, Mo’s journey into social media started with his gaming channel HitspecK0.

Mohamed Beiraghdary was born on the 8th of March, 1995 in Dubai. He is the son of Nadereh Samimi and Esmail Beiraghdary. He has a sister named Lana.

The family, except their father, moved to London, when Mo and his sister grew up, for better educational exposure.

Vlogs career in social media began as a gamer on YouTube on his channel HitspecK0, in 2011. The channel’s positive reception encouraged Mo to expand his horizons on social media.

In 2013, he came up with a new channel ‘Mo Vlogs’ and the channel turned the fate of Mo towards stardom, fanfare, and glory.

On December 7, 2014, he posted his first ever video appropriately titled ‘My First Vlog!’ on his channel.

Ever since then, Mo became a regular on his channel, posting updates about his life through his vlogs. Interestingly, what catapulted Mo’s career to striking heights were his vlogs wherein he featured supercars.

His videos, such as ‘Rich Kids of the Middle East – The Most Expensive Car Event in the World !!!’, ‘Racing in my Friends Bugatti!!!’, ‘The Luxury Dubai Lifestyle – Billionaire Boys’, ‘Girl Driving a Bugatti in Dubai!!!’, ‘Paying CASH for my New Car !!!’ and ‘A Day with Batmobile’ garnered around 3 to 10 million views on YouTube and have become some of the top YouTube Videos.

Here are some of the best highlights of Mo Vlogs career:

“Actually, funny enough, Youtube chose me. I never thought I would jump into social media until around my 3rd year in Dubai. I started off managing the two biggest influencers in Dubai, Mo Vlogs & Money Kicks, which then led me to jump into being an influencer myself.” – Mo Vlogs

“The biggest success of my career would be when I switched over from managing influencers to being an influencer myself. It’s much more rewarding when you put all the effort towards yourself rather than your client.” – Mo Vlogs

“I want people to be able to type in a country name on Youtube, and the first video that pops up is me. For me, it’s not about the subscribers or the views, it’s about providing valuable content for my audience.” – Mo Vlogs

“I do try to read all of my audience’s comments, and most of them are positive. Of course, there will always be the cynical commenters, and I’m fine with that because the more success you find, the more they grow.” – Mo Vlogs

“It depends on if I am shooting for one specific brand or activity, then it could take a few hours. If I am combining full days of activities, it would take the whole day to shoot, sometimes all day and night.” – Mo Vlogs

Now that you know all about Mo Vlogs net worth, and how he achieved success; let’s take a look at some of the lessons we can learn from him:

1. The Passion Of A Great Character

Great ambition is the passion of a great character. Those endowed with it may perform very good or very bad acts. It all depends on the principles which direct them.

Ambition is a lust that is never quenched but grows more inflamed and madder by enjoyment.

3. Stay Away From People Who Don’t Believe In You

Keep away from people who try to belittle your ambitions. Small people always do that, but the really great make you feel that you, too, can become great.

How much is Mo Vlogs worth?

Mo Vlogs’ net worth is estimated to be $10 Million.

How old is Mo Vlogs?

How tall is Mo Vlogs?

Mo Vlogs is one of the most popular vlogger on YouTube. Mo’s videos on most expensive cars in Dubai earned him immense fame and popularity and he rose to become top rated videos on YouTube.

As of February 2023, Mo Vlogs’ net worth is approximately $10 Million.

What do you think about Mo Vlogs net worth? Leave a comment below.