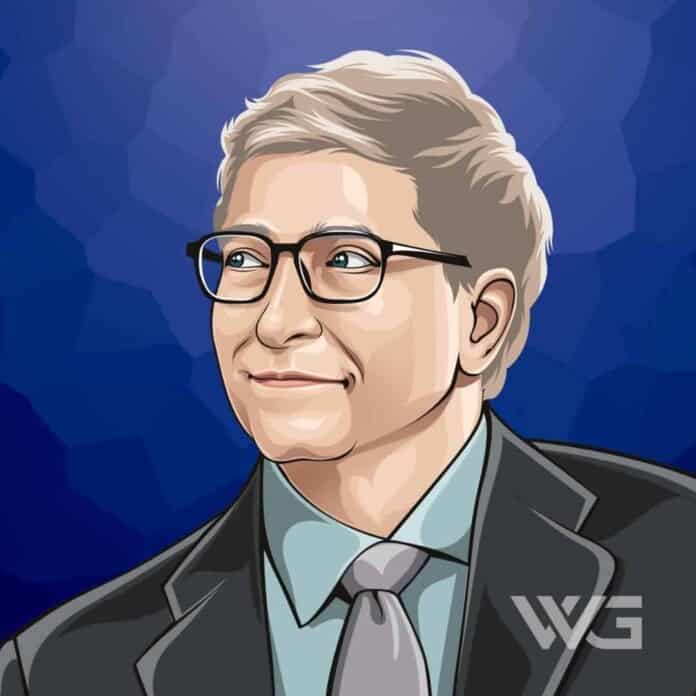 What is Bill Gates’ net worth?

Bill Gates’ net worth is estimated to be $118 Billion in real-time. Although Jeff Bezos is definitely not showing any signs of slowing down; Gates has crossed the $100 billion mark.

Bill Gates is the founder of Microsoft and is the second richest man in the world. Gates co-founded Microsoft with Paul Allen in 1975, and it’s since then become the largest PC software company in the world.

Bill Gates was born in on the 28th October, 1955, in Seattle, Washington. He is the son of William H. Gates Sr. and Mary Maxwell Gates.

When he was 13 years old, Bill joined the Lakeside School; and when he was in the eighth grade, the Mothers’ Club at the school used proceeds to purchase a Teletype Model 33 ASR terminal and a block of computer time on a General Electric (GE) computer for the school’s students.

Gates took an interest in programming the GE system in BASIC, and was excused from math classes to pursue his interest.

The Computer Center Corporation (CCC), eventually banned Gates for the summer, after it caught him and three friends exploiting bugs in the operating system to obtain free computer time.

At the end of the ban, the four students offered to find bugs in CCC’s software in exchange for computer time. This is when Gates began to study coding.

When Bill and Paul Allen started Microsoft, they had a vision to place a computer within every home. And at the time, that vision seemed way too ridiculous.

That vision has become a reality in many parts of the world, and personal technology is an integral part of society.

Bill is passionate about Microsoft’s work and will always be involved with the company, including his present role as a member of the board and technology advisor.

These days Bill focuses most of his time on the work he and Melinda are doing through their foundation. People are often surprised to hear him say that this work has a lot in common with his work at Microsoft.

In both cases, he gets to bring together smart people and collaborate with them to solve big, tough problems.

Here are some of the main highlights of Bill Gates’ career:

“Success is a lousy teacher. It seduces smart people into thinking they can’t lose.” – Bill Gates

“Your most unhappy customers are your greatest source of learning.” – Bill Gates

“It’s fine to celebrate success but it is more important to heed the lessons of failure.” – Bill Gates

“If you can’t make it good, at least make it look good.” – Bill Gates

“As we look ahead into the next century, leaders will be those who empower others.” – Bill Gates

View our larger collection of the best Bill Gates Quotes!

Now you know all about Bill Gates’ net worth, and how he achieved success; here are 3 success lessons you can learn from Bill Gates:

1. Be Ready to Take Risks

Gates highly encourages taking risks, and believes that’s the only way you’ll get to live the life you want to and become successful.

Don’t be afraid to take risks.

The lesson here is to stop comparing yourself to everybody else. Don’t be afraid to be unique, and to be proud of yourself and the qualities you possess.

View our larger collection of success lessons from Bill Gates!

How much is Bill Gates worth?

Bill Gates’ net worth is estimated to be $118 Billion.

How old is Bill Gates?

How tall is Bill Gates?

Bill Gates is now the second richest man in the world after Bezos knocked him off the top spot. In 2023, Bill Gates’ net worth is estimated to be an incredible $118 Billion.

What do you think about Bill Gates’ net worth? Leave a comment below.