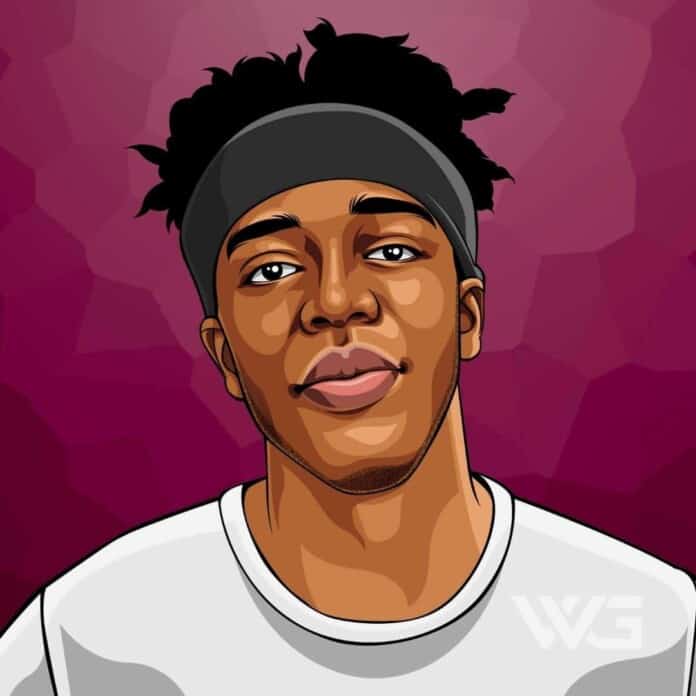 What is KSI’s net worth?

He established himself on his YouTube channel, which he created several years ago to record his FIFA games, and since then has reached over 4 billion views.

Olajide William Olatunji was born on the 19th July, 1993, in Watford, England. He made the decision to drop out of high school in order to pursue his dreams and his definition of happiness.

KSI’s decision to drop out was ridiculed by his family, who were very traditional, and believed highly pursuing higher education.

He talks a little bit more about this in the motivational video we’ve included at the bottom of this article.

Instead, KSI created a YouTube account when he was a teenager, and started to do what he loved: playing video games, and creating entertaining videos for people.

KSI began recording videos on YouTube in 2008, and they majorly revolved around playing FIFA.

He quickly grew a large following, mainly among other FIFA fans and players, and used to growth start diversifying his channel and his career.

In 2011, he branched out into the world of hip hop and rap and used his channel to help facilitate the early success of his music. He’s now released various songs on iTunes and YouTube, his very first of which, was ‘Heskey Time’; a football-themed song, featuring fellow YouTuber Randolph.

Leveraging his following, KSI began producing more music, with tracks such as ‘Lamborghini’, ‘Down Like That’, and ‘Two Birds One Stone’.

With feuds becoming more and more popular among YouTubers, KSI lit the fire for the new trend of amateur boxing matches between social media superstars, fighting Joe Weller in 2018.

This continued, as KSI went on to fight Logan Paul later that year, with the match ending in a tie. However, in 2019, KSI and Logan fought once more, this time with the decision going in KSI’s favor. The two matches raked in millions of dollars.

Before the age of 24 years old, KSI has been able to afford a mansion, have a Jacuzzi air-lifted into his crib, and buy himself a Lamborghini.

KSI’s net worth is estimated to be $25 Million in 2021, which is very similar to some of his fellow YouTube superstars, such as Jake Paul and Logan Paul.

How Does KSI Spend His Money?

YouTube star KSI loves cars and he recently moved into his £4.9 Million home ($6 million USD). Cars are quite a thing for KSI, and when it comes to his Lamborghini Aventador, he does not pull any punches.

He has also owned a silver Porsche Cayenne which cost around £56,000. KSI works on YouTube so that means that he requires solid equipment to make his videos. Equipment can end up costing a fortune if you’re committed. Since it’s his career, we can guarantee he’s dropped tens of thousands on his gear.

Here are some of the best highlights of KSI’s career:

“Essentially, I’m a 21-year-old who’s a millionaire through gaming, vlogging, and my online experience. Yo, I’ll take it!” – KSI

“A lot of people think YouTube is quite easy, when it just isn’t. I’ve been doing YouTube for six years now, and I’d say the hardest years were definitely the first three or four. You have to constantly put out content that is good just to make people come back to your channel, and I work every single day just to try and expand my brand.” – KSI

“A lot of people think being at the top means you have to be the best at a certain game. You don’t. It’s more about personality.” – KSI

“I’m now a brand. Like, KSI is a brand. It’s crazy that it all came from me sitting in my bedroom just making a few FIFA videos.” – KSI

“School taught me how to do a 9-5 job rather than be a person who wants to start a business.” – KSI

“I am trying to make sure that I don’t spend on ridiculous things, so that after all this YouTube thing goes, I’m not left there, like, ‘Uh oh, I have nothing.'” – KSI

How much is KSI worth?

KSI’s net worth is estimated to be $25 Million.

How old is KSI?

How tall is KSI?

KSI has taken the internet by storm with his YouTube channel. And he’s an inspiration to many of the younger generation, due to his incredible success from simply recording himself playing video games.

What do you think about KSI’s net worth? Leave a comment below.