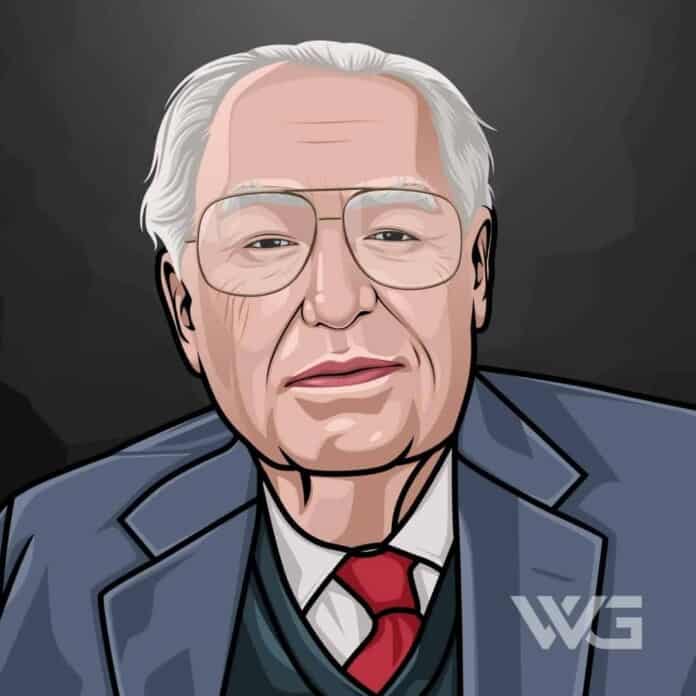 What is Hans Rausing’s net worth?

Hans Rausing was a Swedish industrialist.

Rausing made his fortune from his co-inheritance of Tetra Pak, a company founded by his father, Ruben Rausing and the largest food packaging company in the world.

In 1995, he sold his share of the company to his brother, Gad. He was placed at number 83 with an estimated fortune of $10 billion in 2011. According to Forbes, he was the second richest Swedish billionaire in 2013.

Hans Anders Rausing was born on the 25th of March, 1926, in Gothenburg, Sweden.

Rausing is the second son of Ruben Rausing and his wife, Elisabeth. Rausing had two brothers, Gad and Sven.

He and his wife Märit Rausing had two daughters and one son. From 2001 to 2012, Rausing and his family donated £886,000 to the UK’s Conservative Party. Rausing was a resident of the UK from 1982 until his death. He lived at Wadhurst Park, East Sussex, until his death in 2019.

The company’s success in the 1970s and 1980s has been credited to the leadership of Hans and Gad Rausing. Over the course of his career, he became a specialist in Russian affairs. He was responsible for Tetra Pak’s Russian market and negotiated the first Tetra Pak machine export to the Soviet Union in 1959.

Rausing and his wife Märit donated massive sums to charities and research in the UK and Sweden. Through the Märit and Hans Rausing Fund, they supported local community projects in their home county of Sussex.

He received an honorary decorate from Lund University. He was made an honorary Knight Commander of the Order of the British Empire.

Here are some of the best highlights of Hans Rausing’s career:

Favorite Quotes from Hans Rausing and His Family

“First, simplicity: never do things which are complicated. Second, you must talk and listen to everybody in your company. Another saying was risk minimisation through risk maximisation as there is no way you can succeed in business by playing safe.” – Hans Rausing

“Our father was an extraordinary man, achieving so many things in his long and distinguished career as entrepreneur and industrialist, and then as a philanthropist supporting multiple charities and foundations.” – His three children

Now that you know all about Hans Rausing’s net worth and how he achieved success; let’s take a look at some of the lessons we can learn from him:

Failure will never overtake me if my determination to succeed is strong enough.

Giving up, it’s the easiest thing in the world to do. But to hold it together when everyone else would understand if you fell apart, that’s true strength.”

Your struggles develop your strengths. When you go through hardships and decide not to surrender, that is strength.

Hans Rausing is a Swedish businessman. Rausing was born in Gothenburg.

Today, Rausing is listed as one of the second richest men in Sweden. He earned his funds when he inherited Tetra Pak. The company is the largest food packing company in the world.

Tetra Pak was started by Rausing’s father, Ruben, and was left to Hans and his brothers after Reuben’s passing. He graduated from Lund University with a degree in economics, statistics, and Russian.

What do you think about Hans Rausing’s net worth? Leave a comment below.