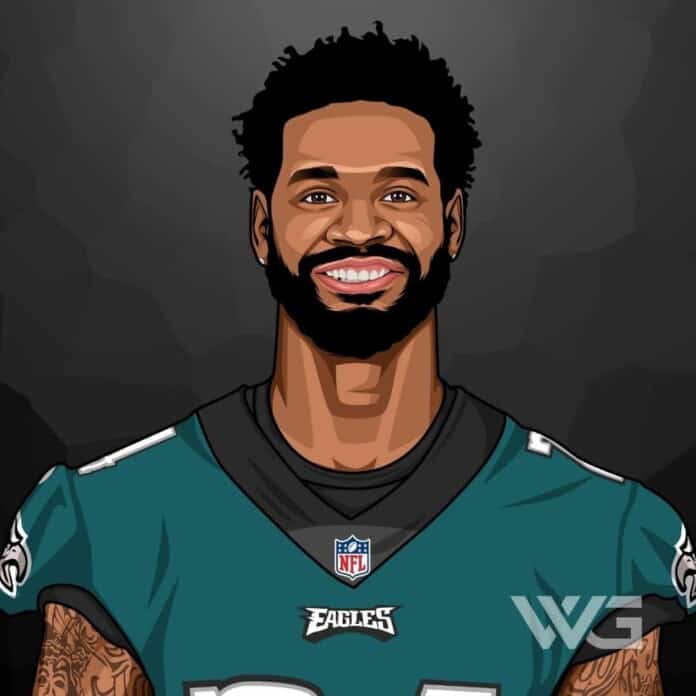 What is Darius Slay’s net worth?

Darius Slay is an American football cornerback for the Detroit Lions of the NFL. He was drafted by the Lions in the second round of the 2013 NFL Draft and played college football at  Mississippi State.

Darius Demetrius Slay Jr. was born on the 1st of January, 1991, in Georgia. He was named All-State by The Atlanta Journal-Constitution at the defensive back following his senior season and was also chosen for the Georgia North-South All-Star Game.

He rushed for over 1,300 yards and 15 touchdowns in the 2008 season, and intercepted six passes with two touchdown returns.

Coming out of Mississippi State, Slay was projected to be a second or third-round draft pick by the majority of NFL draft experts and scouts. He received an invitation to the NFL combine and completed all of the required combine and positional drills.

In 2013, Slay underwent arthroscopic surgery to repair a torn meniscus in his right knee. The same year, the Detroit Lions signed Slay to a four-year, $5.28 million contract that included $3.12 million guaranteed and a signing bonus of $2.22 million.

The following year, he recorded five combined tackles, deflected a pass, and made his first career interception during a 24–17 victory at the New York Jets in Week 4.

In 2015, he recorded two solo tackles, deflected a pass, and intercepted St. Louis Rams’ quarterback Case Keenum during a 14–21 loss.

The Detroit Lions finished second in the NFC North with a 9–7 record and earned a wildcard berth. In 2017, Slay recorded two combined tackles in the Lions’ 26–6 loss at the Seattle Seahawks in the NFC Wildcard Game.

Here are some of the best highlights of Darius Slay’s career:

“Yeah I would love to bring the black jerseys back, that’s for sure. I’ve been trying to get them back ASAP. My favorite one is the color rush, I like the all-grey. I got some fresh cleats to go with it.” – Darius Slay

“I think it’s kind of pointless. It slows the game down. A lot of stuff at full speed looks one way but then they slow it down and it looks different and they call pass interference. It’s difficult…they aren’t making it too far. They already make it unfair with the offense.” – Darius Slay

“Chicken noodle, that’s good stuff. I’m with them for their “Champions of Chunky” campaign with my mom Stephanie to give back to the local Detroit community.” – Darius Slay

“A lot. That girl blessed me and my family with a great amount of fortune. She does so much in the community. She came to us (the players) and asked us what we could do as a group, as a team, to help build the city of Detroit up.” – Darius Slay

Now that you know all about Darius Slay’s net worth, and how he achieved success; let’s take a look at some of the lessons we can learn from him:

1. The Way You React

2. Be Nice To Yourself

Believe in yourself. You are braver than you think, more talented than you know.

3. The Product Of Struggle

Strength is the product of struggle. You must do what others don’t achieve what others won’t.

How much is Darius Slay worth?

Darius Slay’s net worth is estimated to be $25 Million.

How old is Darius Slay?

How tall is Darius Slay?

Darius Slay is an incredible American football cornerback who was drafted by the Lions in the second round of the 2013 NFL Draft. Slay played college football at Mississippi State University. He is a 3-time Pro-Bowl winner.

As of February 2023, Darius Slay’s net worth is approximately $25 Million.

What do you think about Darius Slay’s net worth? Leave a comment below.