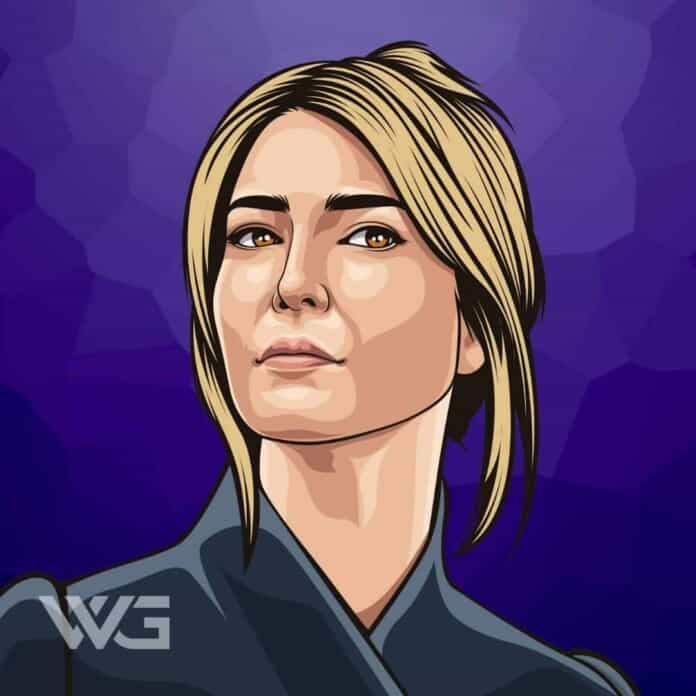 What is Ivanka Trump’s net worth?

Trump is the daughter of President Donald Trump and Ivana. She is the first Jewish member of a First Family, having converted before marrying her Jewish husband, Jared Kushner.

Ivana Marie “Ivanka” Trump was born on the 30th of October, 1981, in Manhattan, New York City.

Trump is the second child of Ivana and Donald Trump. Her father has German, Scottish ancestry and her mother has Czech and Austrian ancestry. For most of her life, she has been nicknamed “Ivanka,” a diminutive form of Ivana.

Trump attended the Chapin School in Manhattan until she was 15 when she transferred to Choate Rosemary Hall in Wallingford, Connecticut.

Trump formed a partnership with Dynamic Diamond Corp in 2007. The company was a line of diamond and gold jewelry. In 2011, her retail flagship moved from Madison Avenue to 109 Mercer Street.

The following year, it was reported that “Ivanka Trump’s flagship store on Mercer Street appears to be closed” and, noting that the shop had been “stripped clean”.

She also had her own line of Ivanka Trump fashion items, including clothes, handbags, shoes, and accessories, available in major U.S. and Canadian department stores including Macy’s and Hudson’s Bay.

In 2016, the U.S. Consumer Product Safety Commission recalled Ivanka Trump-branded scarves because they did not meet federal flammability standards. A 2016 analysis found that most of the fashion line was produced outside the U.S.

When Trump was attending boarding school as a teenager, she got into modeling “on weekends and holidays and absolutely not during the school year,” according to her mother, Ivana Trump.

Here are some of the best highlights of Ivanka Trump’s career:

“My father taught my siblings and me the importance of positive values and a strong ethical compass. He showed us how to be resilient, how to deal with challenges, and how to strive for excellence in all that we do. He taught us that there’s nothing that we cannot accomplish if we marry vision and passion with an enduring work ethic.” – Ivanka Trump

“A timeless piece of jewelry, like pearls or stud earrings, has lasting value. I bought a vintage ring for $600 with my first paycheck; I plan to pass it down to my daughter.” – Ivanka Trump

“Even the most high-maintenance boss isn’t going to sit and watch you the whole time, making sure you’re paying attention to them, whereas with a child, it’s like, ‘Wait, what? You’re not watching me right now? Really? Then I’m going to go spill this milk.’ Even bosses from hell don’t behave like that!” – Ivanka Trump

“I’ll take the stairs instead of the elevator, or when I’m on a phone call, I’ll do squats or pace the room when I’m talking. We’re modern women! We have to figure out how to make it work, right?” – Ivanka Trump

“A word of advice: your interview is about you. It’s not about the school you went to, what you majored in, what your GPA was, or who your parents happen to be or know. Most of that stuff is right on your resume, and it might even have gotten you into the room, but it won’t get you much farther.” – Ivanka Trump

Now that you know all about Ivanka Trump’s net worth, and how she achieved success; let’s take a look at some of the best lessons we can learn from her about business:

1. Sweat the Details to Come Up With a Great Trademark

But do not be quick to confuse your great brand – a name which encapsulates your whole product – with being the whole key to a successful product.

2. Do Not Fall in Love With Your Killer Brand Name For a New Product

Time after time (after time), I have seen a company try everything it can to find a way to make a bad name (more on that in a second) viable.

A bad trademark can be one that so totally describes the product that you cannot stop others from using the same word. “The Chair” may project confidence and the desired sense of arrogance for a boldly styled chair. But you will never be able to stop imitators from using your name when they copy your successful idea.

Or maybe (this is very often the case) you will have a mark that is similar to one or more trademarks already in use.

3. It is Very Difficult to Measure the Significance of the Trademark on a Product’s Success

In litigation, it is so difficult that owners of multi-million (or even multi-billion) dollar brands hire survey experts to measure all sorts of things about what the brand means, to whom, and whether consumers will be confused between it and another brand.

So, if you struggle to assess the impact of the brand name of your new product or business, you are not alone.

How much is Ivanka Trump worth?

Ivanka Trump’s net worth is estimated to be $800 Million.

How old is Ivanka Trump?

How tall is Ivanka Trump?

Ivanka Trump is not only the daughter of President Donald Trump, but she’s also a successful businesswoman and model.

What do you think about Ivanka Trump’s net worth? Leave a comment below.