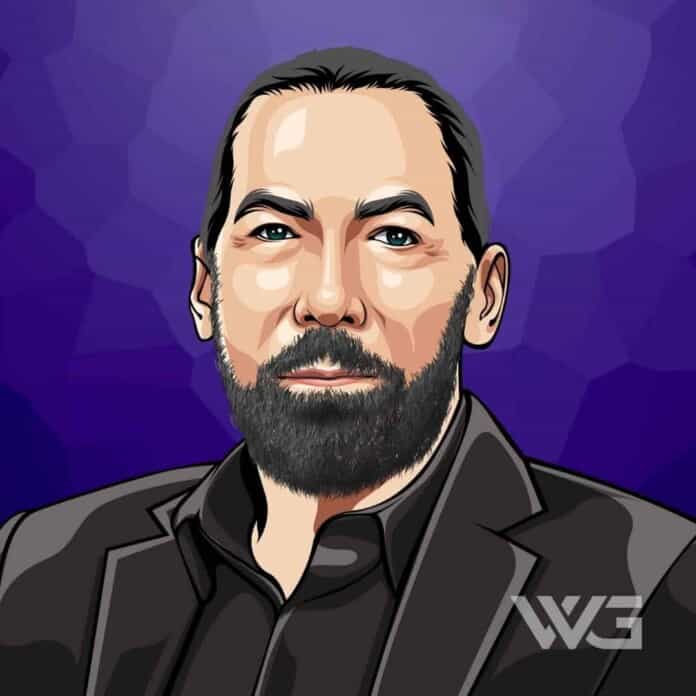 As of December 2022, John Paul Dejoria’s net worth is estimated to be $3 Billion.

John Paul DeJoria is a Greek-Italian-American entrepreneur, a self-made billionaire from Los Angeles. DeJoria is best known as a co-founder of the Paul Mitchell line of hair products and The Patrón Spirits Company.

John Paul Jones DeJoria was born on the 13th of April, 1944, in Los Angeles, California.

DeJoria was two years old when his parents divorced. Hence, to support his mother, he started selling Christmas cards and newspapers at the age of nine, along with his older brother.

He grew up in Atwater Village on Garden Avenue, and later in Revere. So he went to Atwater Elementary School and John Marshall High School. He graduated from high school in 1962.

At the age of 17, John Paul DeJoria joined the United States Navy as USS Hornet and served for two years. When he got out of the Navy in 1964, he didn’t have the money to go to college. So he worked as a salesman for Collier’s Encyclopedia.

He acquired knowledge about hair care products when he worked at Redken Laboratories in 1971, as a representative selling hair care products. After a year and a half, he started looking after two divisions—scientific schools and chain salons.

In 1980, his hairdresser friend Paul Mitchell was also struggling, so they decided to start a business together, and founded John Paul Mitchell Systems on a loan of $700. They decided to develop products for professional stylists that would help to reduce the time needed to do a client’s hair.

In 1989 Paul Mitchell died. DeJoria then started the Patrón Spirits Co. with his friend Martin Crowley, with the aim of making smooth tequila.

He is a founding partner of the House of Blues nightclub chain and has interests in Madagascar Oil Ltd., Solar Utility, Sun King Solar, Ultimat Vodka, Pyrat Rum, Smokey Mountain Bison Farm, LLC, Touchstone Natural Gas, and many other ventures.

Here are some of the best highlights of John Paul Dejoria’s career:

“I don’t use e-mail or a computer. I would be so inundated that I wouldn’t be able to get any work done. Instead, I do everything in person or on the phone.” – John Paul DeJoria

“I remember once in junior high school, on a Friday, my mom came home from work and said to my brother and I, ‘You know, between us, we have only 27 cents, but we have food in the refrigerator, we have our little garden out back, and we’re happy, so we are rich.’” – John Paul DeJoria

“Why pour shampoo into a rabbit’s eyes to see how much shampoo you can put in an adult’s eyes before they go blind? I’ll put them in my hair, in my eyes before I would give them to anyone else.” – John Paul DeJoria

“At least once a year, I meet with a group called the Giving Pledge. It’s a group of billionaires – including me, Warren Buffett, Bill Gates, and Ted Turner – who have pledged to give away most of their money to charity. We meet for three days to talk about what we’re doing to help make the planet a better place to live.” – John Paul DeJoria

“I like to live well and I feel good about it because I know how much we give back. There’s plenty for my family, now let’s take care of the rest.” – John Paul DeJoria

Now that you know all about John Paul Dejoria’s net worth, and how he achieved success; let’s take a look at some of the strongest lessons we can learn from him:

1. Always Be Prepared For Rejection

Throughout your career you are going to run across rejection, DeJoria points out. “You will knock on doors, and many will close on you.

There will be people who don’t like your product, your company — or you.” It’s important you realize this from the day you launch your business.

“To be successful, you must remain as confident and enthusiastic on door No. 59 as you were on door No. 1.” If you realize this is going to happen, the rejection won’t hit you so hard. It will help you be resilient, he explains.

2.  Make Sure Your Product or Service is the Best it Can Be

DeJoria is adamant: “Always remember you don’t want to be in the product business. You want to be in the reorder business.” As he explains, Work hard to develop a world-class product consumers want. That kind of thinking gives you a better shot at being a success.

3. Doing Good is Good For You

“If a business wants to stay in business, it cannot just think of today’s bottom line,” says DeJoria. It must make a company committed to helping others immediately.

“By helping others, you are creating future customers and inspiring employee loyalty,” he explains.

“Customers like to be involved with people and businesses that donate their time to help others, save the planet and make a difference.”

How much is John Paul DeJoria worth?

John Paul DeJoria’s net worth is estimated to be $3 Billion.

How old is John Paul DeJoria?

How tall is John Paul DeJoria?

John Paul DeJoria is the founder of The Patrón Spirits Company and a co-founder of the Paul Mitchell line of hair products.

A self-made billionaire, he has been through his share of struggles, he was twice homeless and lived out of his car, selling shampoo and encyclopedias door-to-door to make ends meet. He has really shown people that everything is possible.

What do you think about John Paul Dejoria’s net worth? Leave a comment below.