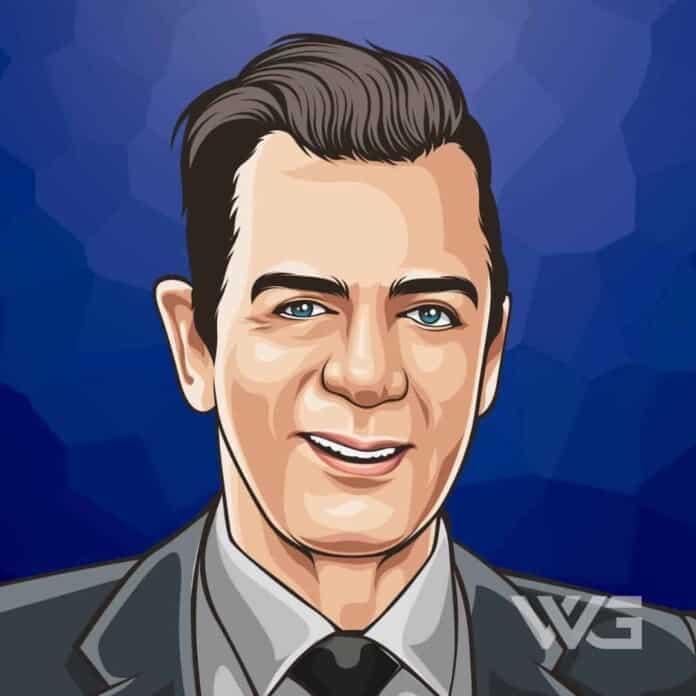 What is Duncan Bannatyne’s net worth?

As of December 2022, Duncan Bannatyne’s net worth is estimated to be roughly $645 Million.

Duncan Bannatyne is a Scottish entrepreneur, philanthropist, and author from Glasgow.

His business interests include hotels, health clubs, spas, media, TV, and property. He is most famous for his appearance as a business angel on the BBC program Dragons’ Den.

Duncan Walker Bannatyne was born on the 2nd of February, 1949, in Dalmuir, west of Glasgow.

His father Bill had served in the Argyll and Sutherland Highlanders in World War II and worked on the Burma Railway after being captured by the Japanese following the Fall of Singapore.

As a child, Duncan lived in one room with his parents and siblings in a large house shared with six other families. He attended Dalmuir Primary School where he displayed a talent for arithmetic and won a place at Clydebank High School after passing the Eleven plus exam.

Bannatyne spent his twenties moving from one job to another. Upon his return to Clydebank, he trained as an agricultural vehicle fitter and then traveled around the country repairing tractors.

He also surfed, partied and met his first wife on the island. With Jersey’s difficult business climate for outsiders, at age 29, Bannatyne and his wife moved to Stockton-on-Tees in North East England. He has stated that he was poor and did not have a bank account until the age of 30.

His business career began almost immediately after his move to Stockton-on-Tees with an ice cream van purchased for £450. He soon expanded by buying more vans during the period of the Glasgow Ice Cream Wars.

Bannatyne has since expanded into health clubs, with the Bannatyne Health Club & Spa chain to his name, and also hotels and property. He acquired 26 health clubs from Hilton Hotels in August 2006 at a price of £92 million.

The Bannatyne Group is now the largest independent chain of health clubs in the United Kingdom with 71 sites. The business currently as of June 2018 has 46 spas with plans for more, including at its first Northern Ireland-based health club in Belfast and it operates 4 hotels.

As of December 2022, Duncan Bannatyne’s net worth is roughly $645 Million.

Here are some of the best highlights of Duncan Bannatyne’s career:

“I’m a trustee of Comic Relief, and just spent five days in Ethiopia to look at the projects. No camera crews, no journalists, just a trip to have a look at the projects. I have to speak at fundraising events, so it’s important to be able to explain how the money is being spent.” – Duncan Bannatyne

“It was a very moving experience. I remember one young lad who couldn’t walk, and then all of a sudden he was walking with these two nuns holding his hands. Then he started to run, but fell over, then got up and did it all over again – despite the fact that he’d never walked before.” – Duncan Bannatyne

“I was so overcome by it that I went outside where no one could see me and cried my eyes out. I just couldn’t stop, the tears were streaming down my face and that’s when God came to me and spoke to me.” – Duncan Bannatyne

“That’s why I love going into young offenders’ institutes and jails, and talking to the guys there. We’ve got to say to these kids, ‘When you come out, are you going to be burgling houses again or can you make a real living?” – Duncan Bannatyne

“I went to one place, and they wanted to film the talk so that they could show it to all the lads. I got a call two days later from the governor of the prison, telling me that someone had stolen the camera.” – Duncan Bannatyne

Now that you know all about Duncan Bannatyne’s net worth, and how he achieved success; let’s take a look at some of the lessons we can learn from him:

On a trip home from London I read Duncan’s book “Wake Up And Change Your Life” and it gave me the inspiration to act upon ideas, not just dream.

If you have started a business and think you can walk into a £50k salary, get back to the drawing board! First and foremost thing we can learn from Duncan’s experiences is to work hard, work double hours, work until you can’t see clear – that’s how you will make or break!

2. Use Debt to Your Advantage

The real moral of this point is taking risks. Be ready for big risks and get ready for the challenges that come along with them. That’s ultimately what’s going to be the make or break.

3. Know When To Hold Them & Fold Them

Duncan made a large sum of his fortune from his first mega sale. In 1997 Duncan sold 2 businesses for more than £45 million. What we learn from here is that you need to act upon deals and offers carefully.

However, you need to be sure you are making the right decision. Are you selling to a competitor? Will the business price appreciate? There are many questions you need to ask yourself.

How much is Duncan Bannatyne worth?

Duncan Bannatyne’s net worth is estimated to be $645 Million.

How old is Duncan Bannatyne?

Duncan Bannatyne was born on February 2, 1949, and is currently 73 years old.

How tall is Duncan Bannatyne?

Duncan Bannatyne is one of Britain’s most renowned entrepreneurs. Bannatyne has set up his business in different industries like hotels, health, clubs, spas, media, schools, property, and transport.

As of December 2022, Duncan Bannatyne’s net worth is roughly $645 Million.

What do you think about Duncan Bannatyne’s net worth? Leave a comment below.