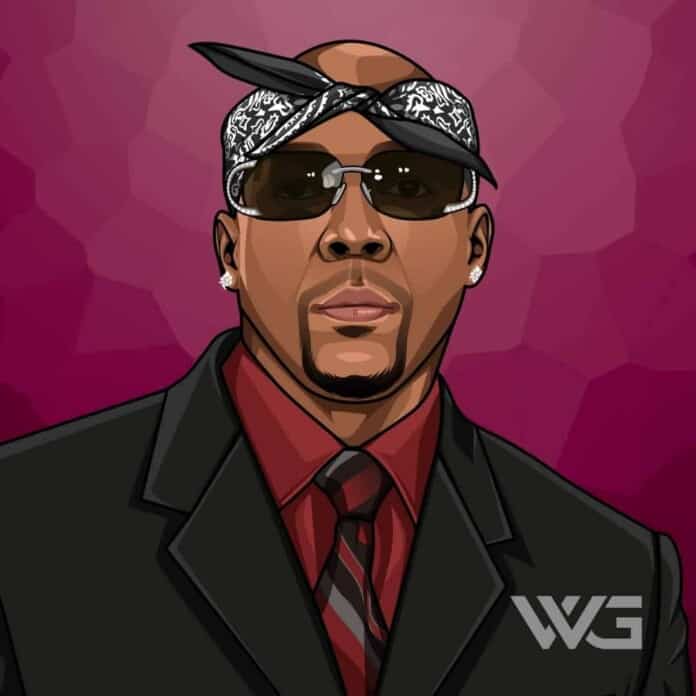 What was Nate Dogg’s net worth?

Nathaniel Dwayne Hale “Nate Dogg” was an American rapper, songwriter, singer, and actor from Clarksdale. Hale initially gained recognition when he began his career as a member of the California rap trio ‘123’.

He eventually pursued his solo career and is today known as a very successful rapper.

Nathaniel Dwayne Hale “Nate Dogg” was born in Clarksdale, Mississippi, on the 19th of August, 1969. His parents divorced when he was 14, and he began singing as a child in the New Hope Baptist Church in Long Beach.

When Hale was 17, he dropped out of high school to enlist in the marines. He was stationed in Japan, where he served for three years. In 1990 Nate, Snoop Dogg, and Warren G formed a rap trio called ‘123’.

Nate Dogg is known as the soul man of G-funk. Before his debut album was released. Nate Dogg made appearances on several huge hits, ‘Regulate’ with Warren G, 2Pac’s ‘All Eyez on Me,’ and the soundtrack to Murder Was the Case.

In 1994 the duo peaked at No.1 on the pop charts with ‘Regulate’ from the soundtrack ‘Above the Rim.’ A few years later, Nate scored again by going to a multi-platinum success and released ‘Never Leave Me Alone.’ Dogg later released his debut album ‘G-Funk Classics, Vols. 1 & 2’.

Nate subsequently earned prices for his guest work on hits such as Ludacris’ ‘Area Codes’ and Fabolous’ ‘I Can’t Deny It.’ In 2001 he issued an album that many deemed worthy of his talent ‘Music & Me.’

However, Nate Dogg suffered from a pair of strokes; the first one left him partially paralyzed. He died on March 15, 2011, of congestive heart failure in Long Beach. Nate Dogg was 41 years old.

Here are some of the best highlights of Nate Dogg’s career:

“Black people don’t have no, nowhere to go, you know, all we got to do is kick it we gonna kick it in our hood, you know. What we are gonna do, we might kill a couple of ni**az manes, you know, go in the hood and do a drive-by. Then come back in the hood and laugh about that stuff, you know, it’s just a thing. Only how you really gonna get deep into it is when one of your homeys die just like when my partner died.” – Nate Dogg

“I really was so into you, but you don’t know what I’m going through you say you really care for me. But in love, there’s no guarantee so; I think I outta take my time cuz love ain’t no friend of mine, you see. Don’t let me get you too confused; you’re the friend I don’t want to lose.” – Nate Dogg

“Never mind the cost to get clearance for me, if you ask what I cost an appearance. I’m a pimp, of course, your chick’s sharing I got lawyers, who never lost in fixed hearings. I need seven-figure offers to sign come out your pockets like your needs will be officer blinds. I send the Street Family and your offer’s for mine.” – Nate Dogg

“There she goes, the kind of girl that I wanted always. My favorite pro, oh I love how she got gangsta ways I thought you should know, the way that I want it, I get it that way. Can’t stand it no mo’, nobody does it better than she.” – Nate Dogg

“When my heart starts aching. It is kind of hard to keep breathing. I take comfort in knowing. One day I’ll be right back where you are. I keep staring at your picture. Lord knows I really miss ya
I wanna hug, I wanna kiss ya.” – Nate Dogg

Nate Dogg was the king of rap, and he has worked with stars such as Dr. Dre, Snoop Dogg, Eminem, Mos Def, and 50 Cent. During the course of his career, Dogg has been nominated four times for a Grammy Award.

He released three albums throughout his career as a successful rapper.

What do you think about Nate Dogg’s net worth? Leave a comment below.