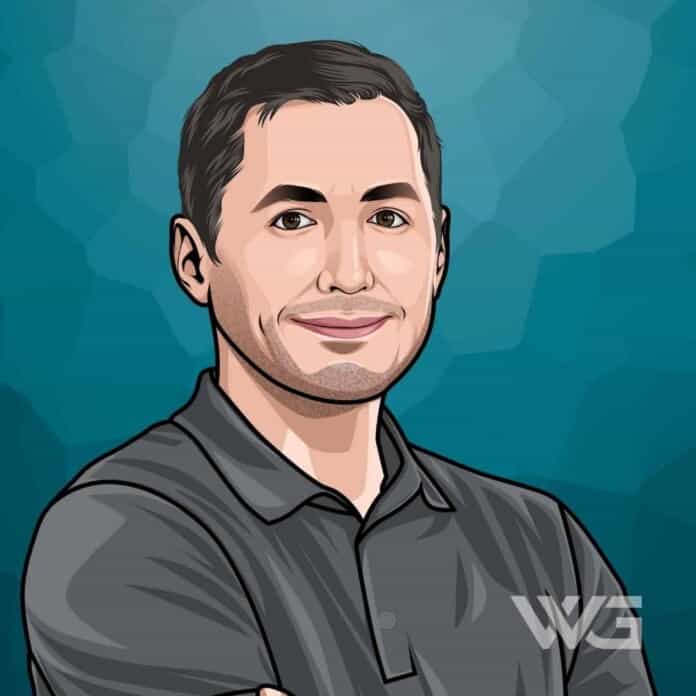 What is Kevin Rose’s net worth?

Rose co-founded Revision3, Digg, Pownce, and Milk. He also served as production assistant and co-host at TechTV’s The Screen Savers. From 2012 to 2015, he was a venture partner at GV.

Robert Kevin Rose was born on the 21st of February, 1977, in Redding, California.

Rose lived in Oregon before his family moved to Las Vegas, Nevada. He became an Eagle Scout with the Boy Scouts of America. He transferred to Southeast Career Technical Academy for high school.

Rose then attended the University of Nevada, Las Vegas. He worked for two dot-com startups through CMGI. In 2013, he married Darya Pino.

Rose was first hired as a production assistant for The Screen Savers. He started appearing on-air in the ‘Dark Tip.’ He became a regular co-host when Leo Laporte left TechTV in 2004.

The same year, Comcast’s G4 gaming channel announced a merger with TechTV. He moved to Los Angeles to stay with G4. The following year, Rose reached an agreement with G4 that released him from his contract.

Rose appeared on the first episode of ‘R&D TV’ alongside Diggnation co-host Alex Albrecht. In 2007, he was a contestant on a game show at NewTeeVee Live.

He began podcasting in 2003, with the release of the first episode of ‘thebroken.’ He founded Revision3 in Los Angeles, California, with Jay Adelson and David Prager in April 2005.

A few years later, Rose announced that he, along with the Milk team, was hired by Google after shutting down Milk and laying off the remaining members. He started his first day as a senior product manager for Google on March 19, 2012.

How Does Kevin Rose Spend His Money?

Kevin Rose spends some of his money on real estate.

Rose is a proud of a beautiful home in Oregon which he purchased in 2014.

Here are some of the best highlights of Kevin Rose’s career:

“One of the things that I’ve always loved to do is brainstorm ideas with friends and get together and talk about what they’re building… Essentially, my day-to-day is just going around and meeting entrepreneurs and talking to them about what they plan on launching.” – Kevin Rose

“Since news breaks on Digg very quickly, we face the same issues as newspapers which print a retraction for a story that was misreported. The difference with Digg is that equal pay can be given to both sides of a story, whereas with a newspaper, a retraction or correction is usually buried.” – Kevin Rose

“I focus on consumer Internet. Sometimes it’s a working prototype; sometimes, it’s an idea on a napkin. I don’t do a ton of deals a year, and I really like working with startups – it’s the only way I can invest. It fits my ADD brain.” -Kevin Rose

“One of the things that have been crazy for us has been the speed at which news can break on Digg because it’s powered by a mass of humans versus a machine that has to go out and crawl and find the information and then determine its relevance mathematically.” – Kevin Rose

“We have a huge tech following that does nothing but Digg tech stories, and then there’s another pool of users that remove the tech section from their view of Digg because you can go on and customize your own experience and remove sections you don’t like.” – Kevin Rose

“You don’t need anyone’s approval, and in fact, you probably won’t get it, so don’t even try. Build, release and iterate. Make a list of the features you want to create over the next six months, and get going! For small companies, once a week; for larger companies, maybe twice a month.” – Kevin Rose

Now that you know all about Kevin Rose’s net worth and how he achieved success; let’s take a look at some of the lessons we can learn from him:

The key to making money in angel investing is saying no. You meet with 100 companies and say no to 99 of them.

Twitter became a major place to find out what was breaking on the Internet. Facebook became a place to share links. Social media really grew up. Social media has changed the world.

The first step to success is to start believing in yourself.

How much is Kevin Rose worth?

Kevin Rose’s net worth is estimated to be $30 Million.

How old is Kevin Rose?

How tall is Kevin Rose?

Rose is best known for co-founding Revision3, Digg, Pownce, and Milk and serving as production assistant and co-star at TechTV’s The Screen Savers.

After he dropped out of the University of Las Vegas, he began coding software. When he was 19 years old, his computer skills were so good that he landed a job at the Department of Energy’s Nevada Test Site.

What do you think about Kevin Rose’s net worth? Leave a comment below.