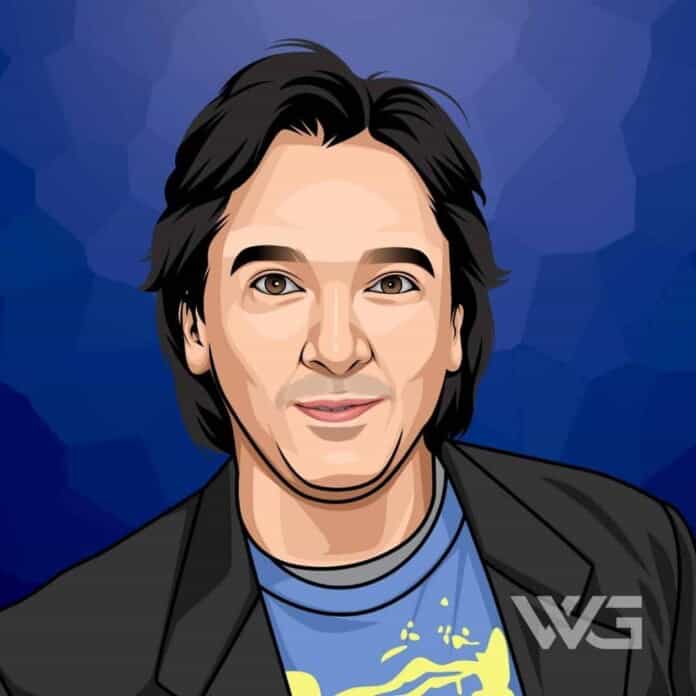 What is Scott Baio’s net worth?

Scott Baio is an American actor and television director from New York.

Baio is best known for his role as Chachi Arcola on the sitcom ‘Happy Days’ and its spin-off ‘Joanie Loves Chachi, and for playing the title character on the sitcom ‘Charles in Charge’.

As of December 2022, Scott Baio’s net worth is estimated to be $4 Million.

Scott Vincent James Baio was born on the 22nd of September, 1960, in New York. Baio is the third child of Mario and Rose Baio. His parents were immigrants from Italy and he grew up as a first-generation American.

Scott was growing up to be an unruly child who was becoming a street bully. Concerned, his parents looked for alternative ways to channelize his energies and sent him to auditions.

Baio got his big break in 1976 when he was selected to play the title character in the cult youthful gangster musical, ‘Bugsy Malone’ directed by Alan Parker.

In 1980, he starred in a television film, ‘The Boy who Drank Too Much’ which was based on a novel by Shep Greene. It was about a high school hockey player who was struggling with alcoholism.

He starred as Charles in the syndicated comedy series ‘Charles in Charge’ in which he played a student who works as a babysitter to make a living. The series ran from 1984 till 1990. Taking a break from his comedic roles he portrayed Dr. Jack Stewart in the medical mystery series ‘Diagnosis: Murder’ which ran from 1992 to 1995.

In 2005, he played himself in the horror-comedy film, ‘Cursed’. The film had many big names in its cast, but it bombed at the box office.

Here are some of the best highlights of Scott Baio’s career:

“I have a job to do, I have a wife and child to take care of. So I don’t pay attention to things that I don’t know anything about. I’ve got my own situation to deal with.” – Scott Baio

“From a very young age, my father put a lot of fear in me and it worked. I think it’s important for children to have fear. I never was curious about drugs or alcohol. I was born in 1960 and back then the older kids were smoking pot. I wasn’t interested in that ever and I always had this thing in me, for some reason, that if God was kind enough to give me a healthy body and mind, I was not going to screw it up.” – Scott Baio

“I love driving cars, looking at them, cleaning and washing and shining them. I’m very touchy about cars. I don’t want anybody leaning on them or closing the door too hard, know what I mean?” – Scott Baio

“I don’t have an iPod. I don’t get the whole iPod thing. Who has time to listen to that much music? If I had one, it would probably have Sinatra, Beatles, some ’70s music, some ’80s music, and that’s it.” – Scott Baio

“One thing I won’t be doing on a weekend is shopping. I just don’t like it, and I haven’t bought an article of clothing for a very long time. I usually just take a wardrobe from shows I’m on. It’s much easier.” – Scott Baio

Now that you know all about Scott Baio’s net worth, and how he achieved success; let’s take a look at some of the lessons we can learn from him:

Seeing the glass as half empty is more positive than seeing it as half full. Through such a lens the only choice is to pour more. That is righteous pessimism.

Nothing can doom man but the belief in doom, for this prevents the movement of return.

Negativity is cannibalistic. The more you feed it, the bigger and stronger it grows.

How much is Scott Baio worth?

Scott Baio’s net worth is estimated to be $4 Million.

How old is Scott Baio?

How tall is Scott Baio?

Scott Baio is an American actor and television director who has performed in a variety of roles in films and television serials but the one role that catapulted him to stardom is that of Chachi – a role that he portrayed decades ago!

In fact, his character in ‘Happy Days’ was not even meant to be a recurring one, but his popularity ensured that it became one! He was a teen star who eventually evolved into a mature actor.

As of December 2022, Scott Baio’s net worth is estimated to be $4 Million.

What do you think about Scott Baio’s net worth? Leave a comment below.