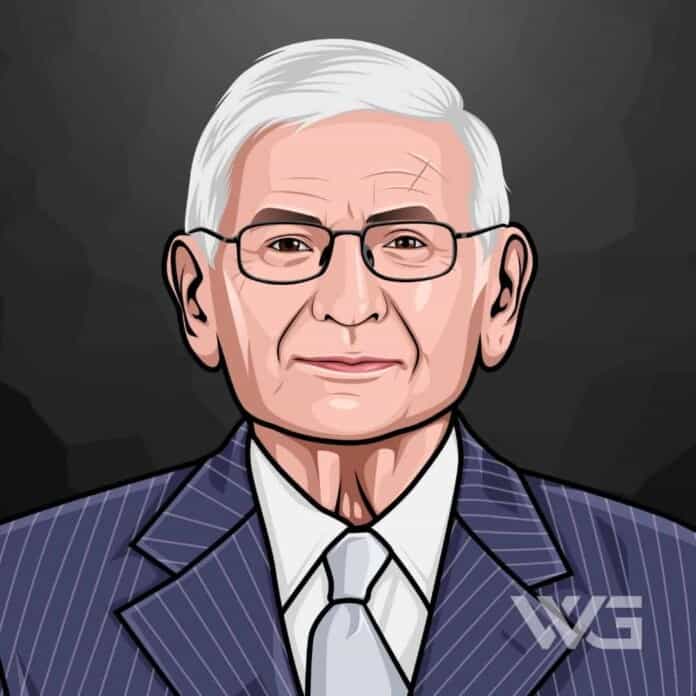 What is Eli Broad’s net worth?

Broad was ranked as the 233rd wealthiest person in the world in 2019.

He was known for his philanthropic commitment to public K – 12 education, scientific and medical research, and the visual and performing arts.

Eli Broad was born on the 6th of June, 1933, in the Bronx, New York. Broad was the only child of Lithuanian Jewish immigrant parents who met in New York.

His father worked as a painter, and his mother was a dressmaker. He attended Detroit Public Schools and graduated from Detroit Central High School in 1951.

Some of the jobs Broad held in college include selling women’s shoes, selling garbage disposals door-to-door, and working as a drill press operator at Packard Motor, where he was a member of United Auto Workers.

In 1956, Broad and Kaufmann decided to partner up and build homes together.

He borrowed $12,500 from his wife’s parents, Broad put up half the capital in their first venture together, building two model homes in the Northeast Detroit suburbs.

They could price the houses so the monthly mortgage would be less than the rent for a two-bedroom apartment. Kaufman and Broad named this model the “Award Winner” and priced it at $13,700.

In 1961, Kaufman and Broad Home Corporation went public on the American Stock Exchange. Two years later, he moved the company to Los Angeles.

Soon after, Kauman retired. By 1969, KB Home was the first homebuilder listed on the New York Stock Exchange.

Broad acquired Sun Life Insurance Company of America in 1971. In 1998, he sold SunAmerica to the American International Group for $17.8 billion after 3 weeks of secret negotiations.

The following year, he continued as CEO of SunAmerica. He then left to focus on philanthropy full-time.

How Did Eli Broad Spend His Money?

Eli Broad spent his money on real estate, charity work, and art. Alongside his wife, they owned many expensive art pieces.

Before Broad passed away, he owned a lavish home in Malibu.

The couple first put the property on the market for $75 million in February 2020. The price was dropped to $67.5 million in July and then to $62 million in September.

Broad has helped many charities throughout his life.

Broad had an impressive collection of art. He made a major purchase in 1973 with his wife, when he and Edye bought a Van Gogh drawing entitled Cabanes a Saintes-Maries, 1888.

Here are some of the best highlights of Eli Broad’s career:

“School boards are, for the most part, made up of political wannabes who see a board seat as a stepping stone for political office, or well-meaning parents who represent an ethnic group or geography, or have some other narrow interests. Few people on them understand what governance is about.” – Eli Broad

“I can’t think of another enterprise other than being a homeowner that can’t have its debt restructured in bankruptcy. Corporations can, but a homeowner can’t? Now with securitization the homeowner can’t go to the owner of the loan and work things out.” – Eli Broad

“My family and I have been blessed with good fortune in the world of business. We’ve created quite a net worth. My children, two boys, have more money than they will ever need, and they aren’t empire builders.” – Eli Broad

“The happiest people I’ve found are in science. These people have three times the IQ – maybe I’m exaggerating. They have a higher IQ than I do. They love what they’re doing, they have a good family life, they’re satisfied.” – Eli Broad

“The American people frankly have been, over many, many years – to be blunt – fat, dumb, and happy. If they want their children to compete with children in India, China or Korea, they better get them a far better education.” – Eli Broad

“Unfortunately, the boards of art institutions tend to be populated with well-meaning supporters of the arts who often lack any business background or appetite for imposing appropriate discipline.” – Eli Broad

Now that you know all about Eli Broad’s net worth and how he achieved success; let’s take a look at some of the lessons we can learn from him:

Every artist is unreasonable because he or she is doing something that hasn’t been done before.

How much is Eli Broad worth?

Eli Broad’s net worth is estimated to be $7.2 Billion.

How old is Eli Broad?

How tall is Eli Broad?

Eli Broad was an American businessman and philanthropist.

Later in his life, he and his wife were dedicated to philanthropic causes.

They gave away a fortune through The Broad Foundations, which was committed to furthering entrepreneurship in education, science, and the arts.

What do you think about Eli Broad’s net worth? Leave a comment below.