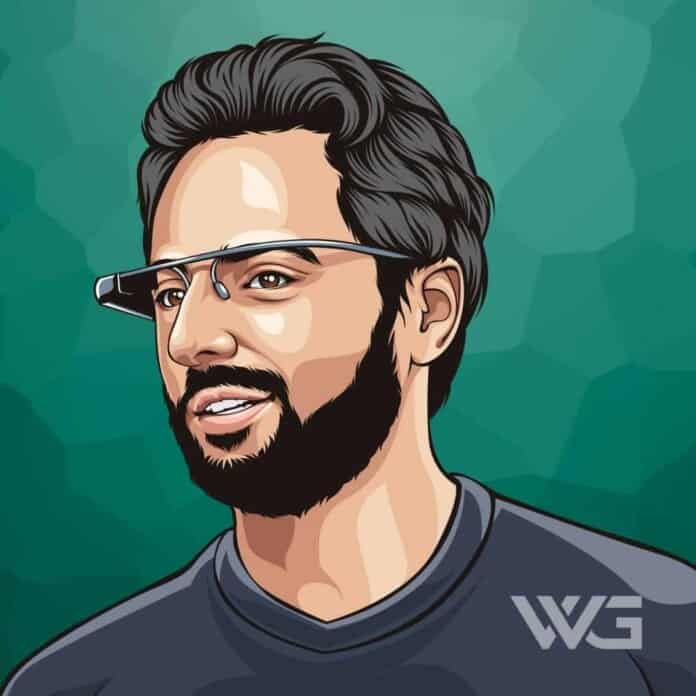 What is Sergey Brin’s net worth?

As of February 2023, Sergey Brin’s net worth is approximately $96 Billion, and he is one of the world’s richest people.

The search engine, founded in 1998 by Sergey and Larry Page, was created with the intention of making life easier for people.

Today the website has over one billion users, and it continues to grow and offer more and more products and services.

Sergey was born on August 21, 1973, to Jewish parents in Moscow, Russia. His father Michael Brin was a math professor and his mother Eugenia Brin was a NASA Goddard Space Flight Center researcher.

When he was only six years old, his family migrated to America in search of a better future for themselves.

After graduating from Eleanor Roosevelt high school, he attended the University of Maryland and studied computer science and mathematics. He graduated with a bachelor of science in 1993.

After this, he attended Stanford University on a graduate fellowship he received from the National Science Foundation. And as of 2008, he has been on leave from his studies at the university.

During his time at Stanford, Sergey met Larry Page, a researcher working on a project in 1995.

By 1996 Larry and Sergey had constructed their very first search engine called ‘BackRub’ which was solely operating on Stanford servers for several months.

The two decided that they want to bring their idea to life and the co-founder of Sun Microsystems, Andy Bechtolsheim played a considerable role in this process as he wrote them a check for $100,000.

The company became a reality in 1998, and the name was respectively changed to the iconic name it holds to this current day, Google.

In 2001 Eric Schmidt became the CEO, and the others leveled all the way up to presidents of technology and products.

In 2004 the website launched Orkut, the social networking site, and Google Desktop Search. And then later that same year they held the Initial Public Offering which instantly made them millionaires.

The year 2005 brought us Google Maps, Google Reader, Blogger Mobile, and the company even acquired YouTube. Google did a collaboration in 2007 with China Mobile and Salesforce.com, and they also signed to make Google’s educational apps available to students in Kenya and Rwanda.

In 2010 they developed the Google Apps Marketplace and in 2011 Larry Page was named the new CEO and Eric Schmidt would be the executive chairman.

Since the creation of Google, the company has continued to release countless newer and better services that are being used in classrooms, offices, and homes every single day.

Here are some of the best highlights of Sergey Brin’s career:

“Obviously everyone wants to be successful, but I want to be looked back on as being very innovative, very trusted and ethical and ultimately making a big difference in the world.” – Sergey Brin

“I feel there’s an existential angst among young people. I didn’t have that. They see enormous mountains, where I only saw one little hill to climb.” – Sergey Brin

“Any conversation I have about innovation starts with the ultimate goal.” – Sergey Brin

“The only way you are going to have success is to have lots of failures first.” – Sergey Brin

“Coming up with an idea is the least important part of creating something great. It has to be the right idea and have good taste, but the execution and delivery are what’s key.” – Sergey Brin

3 Rules for Success from Sergey Brin

Now that you know all about Sergey Brin’s net worth, and how he achieved success; let’s take a look at some of the lessons we can learn from him:

Many things in this world are far more important and meaningful than success such as being trustworthy, innovative, ethical, etc.

So the next time you think about how much you crave success, think about what you want to be remembered by. Success isn’t everything.

2. Failure is part of success

Any living breathing being on this planet could tell you that they have definitely had their fair share of failures.

And the truth is that sometimes we need to fail so that we can improve ourselves and change our strategies and way of thinking for next time.

3. The execution and delivery of ideas are the most important

Contrary to popular belief, one of the most essential and crucial steps in the creation of something is the journey and progression of the idea.

The delivery and execution of something is the most critical process as it is the determinant of the actual outcome.

How much is Sergey Brin worth?

Sergey Brin’s net worth is estimated to be $96 Billion.

How old is Sergey Brin?

How tall is Sergey Brin?

Sergey Brin is the co-founder of one of the most well known and most used search engines in the world.

His company’s services are used by over one billion people and as the company continues to grow their products continue to be part of our day to day lives.

What do you think about Sergey Brin’s net worth? Leave a comment below.

Alistair Overeem is one of the most accomplished heavyweight fighters to participate in both MMA and kickboxing, winning championship bouts with several promotions.