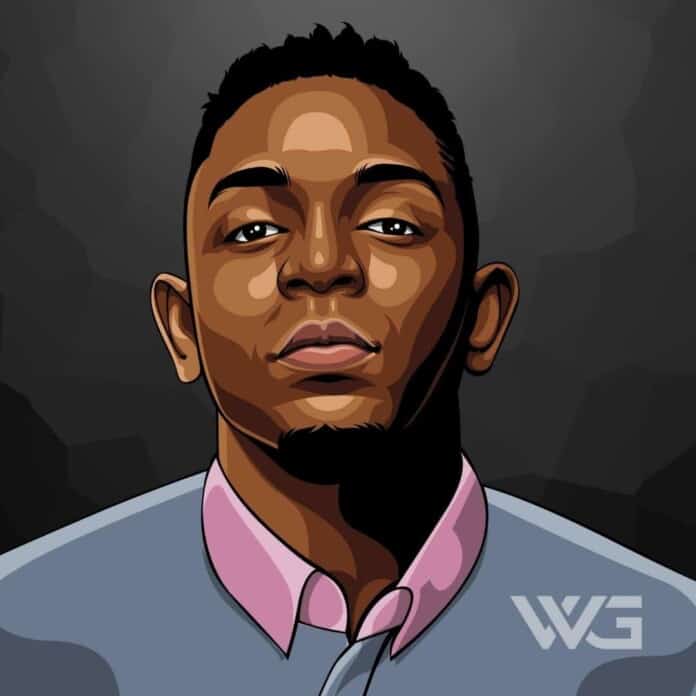 What is Kendrick Lamar’s net worth?

Kendrick Lamar is a critically acclaimed American rapper who has quickly risen through the ranks in the music industry and is now one of the most mainstream artists in the world.

He has collaborated numerous times with other big names in the industry and has won several prestigious awards for his talent.

Kendrick Lamar Duckworth was born in Compton, California on June 17, 1987.

Growing up his family was very poor and he was primarily raised on welfare and in government funded housing.

He went attended McNair Elementary and Centennial High School and was known for his exceptional grades through his schooling.

In 2004 when Kendrick was only 16 years old he released his debut mixtape called ‘Youngest Head Nigga in Charge’ which got him a contract with Top Dawg Entertainment.

He began work with the company immediately and released ‘Training Day’ in 2005. In 2006 and 2007 he got the opportunity to work with rappers like Ya Boy, Jay Rock and The Game and he was featured on songs including ‘The Cypha’, ‘Cali Niggaz’, and ‘All My Life (In the Ghetto)’.

He released his mixtape ‘C4’ in 2009 and he also dropped ‘The Kendrick Lamar EP’.

In 2010 the mixtape ‘Overly Dedicated’ dropped and the album even reached the Billboard 200 charts that year. And the following year he released his very first album called ‘Section.80’ and ir quickly reached number 13 on the Billboard charts.

In 2011 he really started to gain popularity from the people and other well known artists. He was even named ‘The New King of the West Coast’ by The Game, Dr. Dre, and Snoop Dogg. And that same year he also partnered with Windows Phone to create an original song. He later also released ‘Good Kid’ and ‘M.A.A.D City’.

From 2013-2014 he was on tour and made guest appearances for other musicians. He also released his own album ‘To Pimp a Butterfly’.

In 2015 he was featured in Taylor Swift’s ‘Bad Blood’ official remix and the following year he released a compilation of his own unfinished demos.

In 2017 he revealed his two hit singles ‘The Heart Part 4’ and ‘Humble’ as well as his album called ‘Album’. All of these released were extremely well received by his audience

Here are some of the best highlights of Kendrick Lamar’s career:

“So the next time you feel like the world’s about the end, I hope you studied, because he’s testing your faith again.” – Kendrick Lamar

“Life will put many red lights in front of you, but sometimes we must push on the gas and trust God.” – Kendrick Lamar

“If a flower bloomed in a dark room, would you trust it.” – Kendrick Lamar

“I don’t do black music, I don’t do white music. I do everyday life music.” – Kendrick Lamar

View our collection of the best Kendrick Lamar quotes!

3 Rules for Success from Kendrick Lamar

Now you know all about Kendrick Lamar’s net worth, and how he achieved success; let’s take a look at some of the lessons we can learn from him:

Do what makes you happy. Don’t waste time worrying about what other people think you should be doing because as long as you feel good about yourself and you are comfortable in your own skin then you are all set.

2. Sometimes you need to take a step back

Sometimes you just need to take some time away from people or from a situation if you are feeling disconnected or overwhelmed. If it’s meant to be then you’ll make it better but otherwise it maybe just wasn’t meant to be.

Surround yourself with like-minded people that will inspire you and remain by your side when you need them the most. Once you’ve surrounded yourself with good people you’ll continue to thrive.

How much is Kendrick Lamar worth?

Kendrick Lamar’s net worth is estimated to be $75 Million.

How old is Kendrick Lamar?

How tall is Kendrick Lamar?

Kendrick Lamar has quickly become one of the most well-known names in the world of hip-hop today.

As of February 2023, Kendrick Lamar’s net worth is estimated to be $75 Million.

What do you think about Kendrick Lamar’s net worth? Leave a comment below.