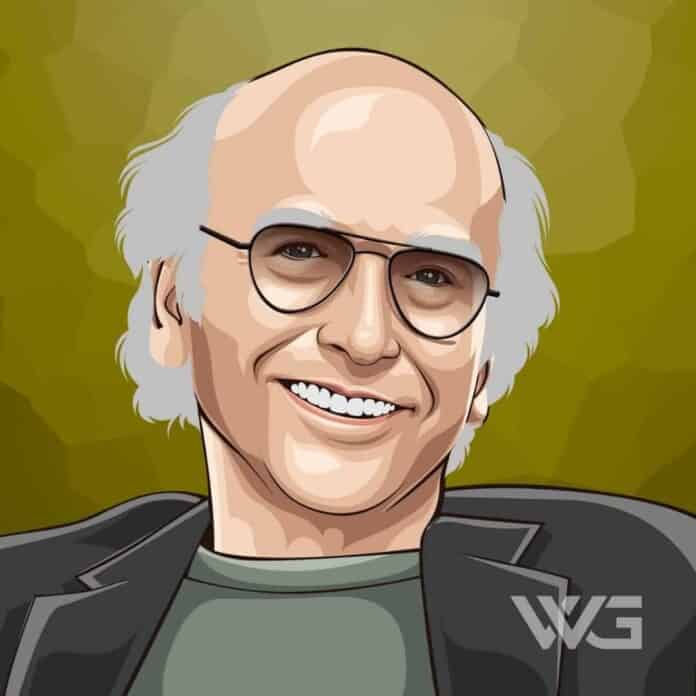 What is Larry David’s net worth?

As of February 2023, Larry David’s net worth is estimated to be $400 Million, making him one of the world’s richest comedians and actors.

Lawrence “Larry” Gene David is an American actor, comedian, director, and producer from Brooklyn. David is mostly known as the co-creator of the television series ‘Seinfeld.’

He was the head writer and executive producer from 1989 to 1997. He had also gained huge recognition when he created the HBO series ‘Curb Your Enthusiasm.’

Lawrence “Larry” Gene David was born in Brooklyn, New York, on the 2nd of July, 1947. David’s parents are Rose and Mortimer Julius “Morty” David. His family is Jewish, and his father’s side moved from Germany to America during the 19th century.

Larry David attended the University of Maryland, College Park, where he was a brother in Tau Epsilon Phi. He later received a bachelor’s degree in history. After college, David enlisted in the United States Army Reserve.

Larry David began his career by attending acting classes in Manhattan. David worked as a stand-up comedian and did various types of jobs to pay for his bills.  He worked as an assistant to a lawyer and a salesman for a short period and a cab driver.

David’s debut performance was at Folk City in Greenwich Village in 1974. He began working as a scriptwriter and actor of ‘Fridays.’

In 1983, David was seen in small roles in films such as ‘Second Thoughts’ and ‘Can She Bake a Cherry Pie?’. After the small roles in the films, he began working as a writer for NBC’s ‘Saturday Night Live.’

In 1989, along with actor and producer Jerry Seinfeld, he created an episode of ‘Seinfeld’ that received huge success. This was David’s breakthrough in his career.

In 1998, David wrote and directed ‘Sour Grapes. The following year, he joined the TV-Show ‘Seinfeld’ team, where he began working as an executive producer for its final two seasons. He was also a part of ‘The Marriage Ref,’ a television reality program by NBC.

As of February 2023, Larry David’s net worth is estimated to be $400 Million, making him one of the world’s richest comedians and producers.

Here are some of the best highlights of Larry David’s career:

“When I was living in New York and didn’t have a penny to my name, I would walk around the streets, and occasionally I would see an alcove or something. And I’d think, that’ll be good, that’ll be a good spot for me when I’m homeless. ” – Larry David

“She was breaking the rules! She wasn’t following the rules of society … The unwritten rules that we have as we go about our day. Like at night, you tiptoe, that’s an unwritten rule, you tiptoe, so you don’t wake people up, there’s no sign ‘TIPTOE,’ you just have to be smart enough and considerate enough to do it.” – Larry David

“You can’t do anything in life. The social barriers in life are so intense and horrific that every encounter is just fraught with so many problems and dread. Every social situation is a potential nightmare.” – Larry David

“The temperature in that hangar would sometimes get down to 40 degrees, and very often I had to put on long underwear, which was so restrictive I suffered from an acute vascular disorder for days afterward.” – Larry David

View our larger collection of the best Larry David quotes!

How much is Larry David worth?

Larry David’s net worth is estimated to be $400 Million.

How old is Larry David?

How tall is Larry David?

Together with Jerry Seinfeld, he was the executive producer and the co-creator of the successful sitcom ‘Seinfeld,’ which aired from 1989 to 1998. In the last two decades, ‘Seinfeld’ has generated over $3 billion.

As of February 2023, Larry David’s net worth is estimated to be roughly $400 Million, making him one of the world’s wealthiest producers, actors, and comedians.

What do you think about Larry David’s net worth? Leave a comment below.