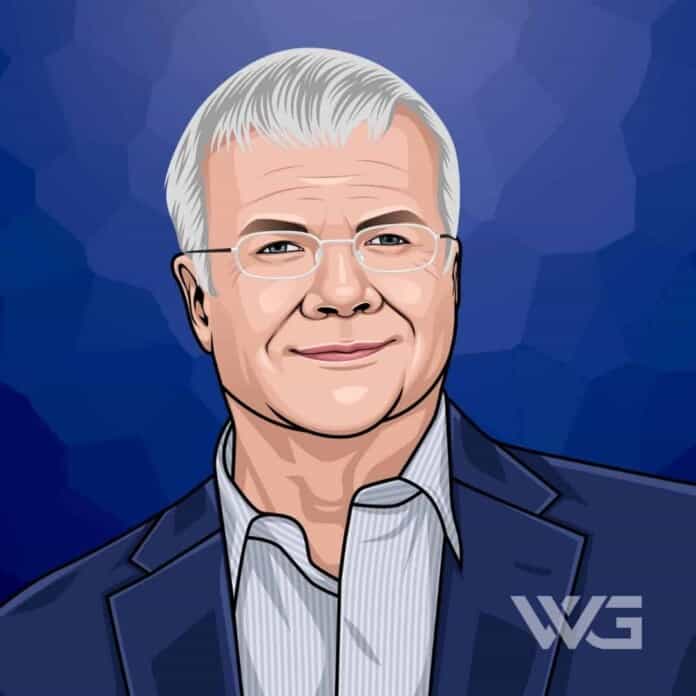 What is Steve Dahl’s net worth?

Dahl is the owner of the Steve Dahl Network. He rose to fame after organizing and hosting Disco Demolition Night at Comiskey Park. He is also known for his former role as the half of the Steve & Garry team. Both of them are members of the National Radio Hall of Fame.

Steven Robert Dahl was born on the 20th of November, 1954, in California.

Dahl is the son of Roger and Carol Dahl. When he was in 9th grade, he started to hang around with the local underground radio station, KPPC, in California.

When he was 16 years old, he started working at the radio station full time until he dropped out of high school. He stated: I convinced my parents and the school that I would do an independent work-study thing. I never got around to it.”

When he was 18 years old, he met the woman of his dreams and married her.

Dahl moved to Chicago in the 1970s to host the morning shift on WLUP.

In 1978, he met DJ Garry Meier, and they formed one of the most popular controversial duos in broadcasting.

In 1979, one of their first stunts was a Disco Demolition Night at Comiskey Park. They were fired for violating community language standards and moved on to take over at WLS-FM in 1981.

In 1984, when they transferred to WLS-AM. They missed numerous shows, and it took legal litigation and suspension before they finished their contract.

Two years later, they returned to WLUP-FM. They remained active in radio, and he experienced a low point in his career during the 1990s. Stave Dahl and Teenage Radiation performed their last concert on the 8th of June, 1997.

Here are some of the best highlights of Steve Dahl’s career:

“We were letting off a little steam. We were relaxing in our corduroy jeans and T-shirts, and we were not quite ready to dress for success or give up our clattering soundtrack for disco beats.” – Steve Dahl

“Never wanted to mount or lead a social movement. I wanted to entertain and to provide a release for kids who had too little money and too much awkwardness for the dance world. I wanted to say, ‘The music you revere is great, and you are okay just as you are.” – Steve Dahl

“On the one hand, it was the first time I saw any sort of citywide proof that I was catching on here. I’d done OK… It was tangible proof that we were popular and we were doing something right.” – Steve Dahl

“I didn’t want to do it because I didn’t think anybody would show up. The two arrived before the first game, signed a few posters, and then went upstairs to have dinner and drinks. The crowd was average-sized, at about 10,000 people.” – Steve Dahl

“I was up all night trying to figure out what to do the next day. Didn’t have any sort of exalted or celebratory night. I just thought, ‘I’m gonna get f—— fired over this. Look at all this success I’ve had, and I’m going to get fired.’” – Steve Dahl

Now that you know all about Steve Dahl’s net worth and how he achieved success; let’s take a look at some of the best lessons we can learn from him:

Real heroes are the ones who are always there for us in tough times.

You have to be grateful every day because we never know what is going to happen.

3. When You Lose Yourself You Will Find Yourself

Many people think when you lose yourself, you will be lost forever, but the truth is, that is the moment when you find yourself, and you grow.

How much is Steve Dahl worth?

Steve Dahl’s net worth is estimated to be $15 Million.

How old is Steve Dahl?

How tall is Steve Dahl?

Steve Dahl is a radio personality and humorist. Dahl was born in Pasadena, California.

He is one of Chicago’s famous radio personalities, and he has proven to be a successful vocalist and songwriter as well. His band, Teenage Radiation, used a lot of humor to turn such parodies as RTA and Do You Think I’m Disco into national hits.

What do you think about Steve Dahl’s net worth? Leave a comment below.