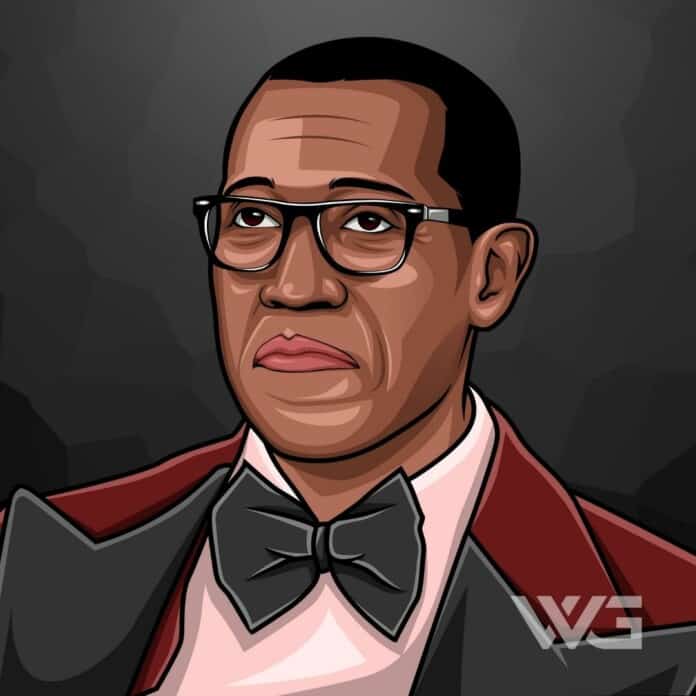 What is Wesley Snipes’ net worth?

As of February 2023, Wesley Snipes’ net worth is estimated to be ‎$10 Million.

Wesley Trent Snipes was born on the 31st of July, 1962, in Orlando, Florida. Snipes is the son to Wesley R. Snipes, an aircraft engineer and Marian Snipes, a teaching assistant.

The family resided in The Bronx and young Wesley was sent to an elementary school P.S. 132 and later moved to I.S. 131 for his intermediate studies.

For his higher education, he attended the Fiorello H. LaGuardia High School of Music & Art and Performing in 1975.

Snipes acted in some television series before coming across a casting agent who promoted his talent and that eventually earned him his debut role in the movie ‘Wildcats’ in 1986.

In 1987, he was cast opposite Michael Jackson in his song video ‘Bad’ as a gang leader.

His performance in the video earned him more significant projects in Hollywood, beginning with the comedy movie ‘Major League’, in 1989.

Snipes worked with Lee once again in the drama film ‘Jungle Fever’, which released in 1991. The movie won a lot of critical appreciation and was nominated for several prestigious awards.

After a long string of action movies, came the 1998 blockbuster ‘Blade’ – a vampire based action film. The success of ‘Blade’ prompted the filmmakers to come up with its sequel ‘Blade II’ in 2002, which was also a big hit.

‘Blade: Trinity’, also known as ‘Blade III’, was released in 2004. Ryan Reynolds and Jessica Biel also starred in the movie alongside Snipes.

Here are some of the best highlights of Wesley Snipes’ career:

“I’ve reduced a lot of the stress in my life. I’ve gotten rid of a lot of things. The light was turned on and a lot of the cockroaches started spinning. I swept them out the door. And sometimes you just have to throw things out because they carry a certain energy.” – Wesley Snipes

“I actually take images of things and put them up around the wall and in a room. I set a room aside. It might be colored, it might be animals, or energy and words. And I’ll just leave it there, so it begins to work on my subconscious when I think about the character.” – Wesley Snipes

“There’s a lot of great stuff on television and that’s very appealing to actors who want to work, who do good quality and high-quality work. But you’re always concerned that the time demands on television will interrupt or interfere with your film work.” – Wesley Snipes

“In the film, you have the script months ahead of time often, for a good film, but on television, it seems like you might not get the script until a week or two weeks before you’ve got to film it. It’s a little weird, but also quite challenging. It reminds me of repertory theatre.” – Wesley Snipes

“I watch a lot of different films. A lot of different performances and I find a lot of little things from the films or things that actors do or people in real life who have behaviors or idiosyncrasies that I like or find interesting and I try to remember that. And then I’ll do a prayer. I’ll do a prayer to ask the character or the spirit of the character to come and visit me. And let’s work together.” – Wesley Snipes

Now that you know all about Wesley Snipes net worth, and how he achieved success; let’s take a look at some of the strongest lessons we can learn from him:

Be willing to change for yourself, not someone else.

Honor everyone whoever taught you something valuable.

You choose how to think and feel in any situation. This is one of the hardest lessons you’ll ever learn, and when you do it will transform your life.

How much is Wesley Snipes worth?

Wesley Snipes’ net worth is estimated to be $10 Million.

How old is Wesley Snipes?

How tall is Wesley Snipes?

Wesley Snipes is one of the well-known actors in Hollywood today.

With his famed film ‘Blade’, he gained a lot of popularity and reached the pinnacle of success. Although he is mostly remembered for his action movies, he is a versatile actor and has excelled in comic roles as well.

As of February 2023, Wesley Snipes’ net worth is approximately $10 Million.

What do you think about Wesley Snipes’ net worth? Leave a comment below.