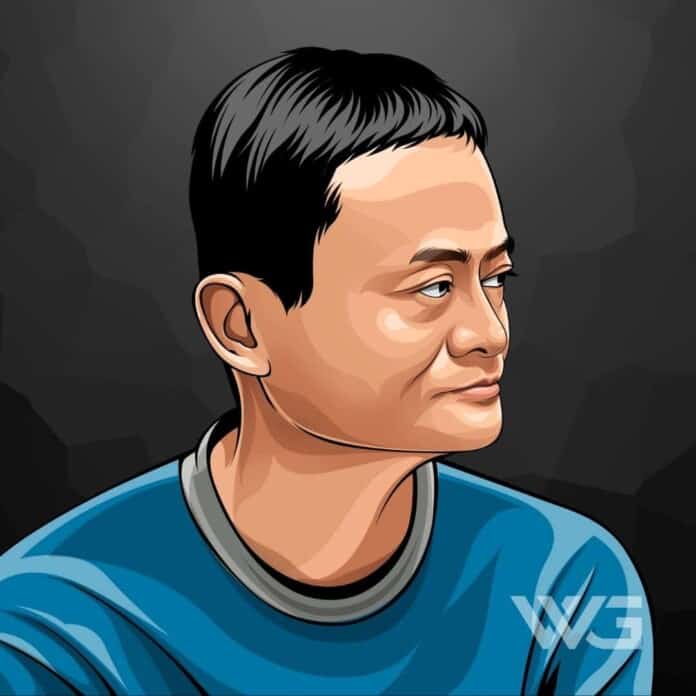 What is Jack Ma’s net worth?

Today, Jack Ma’s net worth is estimated at $34 Billion.

Jack Ma is a Chinese entrepreneur, and founder of Alibaba Group, which owns a variety of online-businesses. Before founding Alibaba, Ma was faced with one rejection after another, and got used to being told he wasn’t good enough.

And for a guy who was told he was never good enough, becoming one of the richest people in the world has proven them wrong.

Jack Ma was born on the 10th September, 1964, in Hangzhou, China. At a young age, Jack was very interested in learning English, and went to great lengths to improve his skills.

In fact, he would ride his bicycle 70 minutes a day and back to Hangzhou’s international hotel, in order to converse with tourists. Ma also started offering free tours around the city in exchange for English lessons.

When it came to college, Ma struggled to pass the entrance exams. They are only held once a year in China, and it took him a grand total of 4 years to pass. Eventually, he graduated from Hangzhou Teacher’s Institute and became an English teacher, where he was only paid a very small wage.

Jack Ma applied for many different jobs, however he got rejected from all of them. When KFC first came to China, 24 people applied for manager positions, and 23 were accepted. Ma was the only person who applied that was not accepted for the job.

He also applied 10 times to Harvard University, and was rejected every single time.

In 1995, Ma heard about the internet’s introduction when he was in the United States. He started doing some searching, and noticed that China’s web appearance was lacking in certain areas, in comparison to the rest of the world.

Which is when he created his first website with his friends, and got various people to invest in the venture. The site was very successful, and Jack knew he’s found his niche.

Jack Ma founded Alibaba in 1999, and asked 17 of his friends to invest in the venture. Since then it has become the biggest online marketplace in China, and has turned Jack Ma into one of the richest people in the world.

Here are some of the best highlights of Jack Ma’s career:

“If you’ve never tried, how will you ever know if there’s any chance?” – Jack Ma

“Opportunities lie in the place where the complaints are.” – Jack Ma

“If we want to change the world, we change ourselves.” – Jack Ma

“Once in your life, try something, work hard at something. Try to change. Nothing bad can happen.” – Jack Ma

View our larger collection of the best Jack Ma quotes!

Now you know all about Jack Ma’s net worth, and how he achieved success; here are 3 success lessons we can all learn from Jack Ma:

Anybody being the only person to be rejected from KFC out of 24 applicants, would likely be discouraged. Discouraged from even bothering to try again, demotivated to find success in life.

Jack Ma didn’t take it that way. Instead, he continued to try, again and again. He knew that you have to fall many times to finally find your feet.

2. Don’t Let People Get You Down

When you’re told you’re not good enough, it’s a horrible feeling. Ma was never phased by this. He kept on living his life, and looking for new opportunities. Which eventually led him to find the internet, and found Alibaba.

If he hadn’t have suffered this rejection and opinions of others, then he may never have stumbled onto the opportunity that brought him success.

3. Go to Extreme Lengths to Improve Your Knowledge

Ma’s dedication to learning English when he was younger has become an irreplaceable skill later in life. The lengths he went to in order to improve his knowledge had a big impact on his ability to carry out his Alibaba vision later on.

Not only that, but this work ethic ensured Alibaba would be a success. He brought the same effort to learning about the internet, as he did learning English.

How much is Jack Ma worth?

Jack Ma’s net worth is estimated to be $34 Billion.

How old is Jack Ma?

How tall is Jack Ma?

Rejection was present in Jack Ma’s life ever since he was a teenager, and he faced a lot of it. But his inspiring story, after being rejected from a position at KFC, to founding one of the most valuable companies in the world, is inspiring for us all.

What do you think about Jack Ma’s net worth? Leave a comment below.