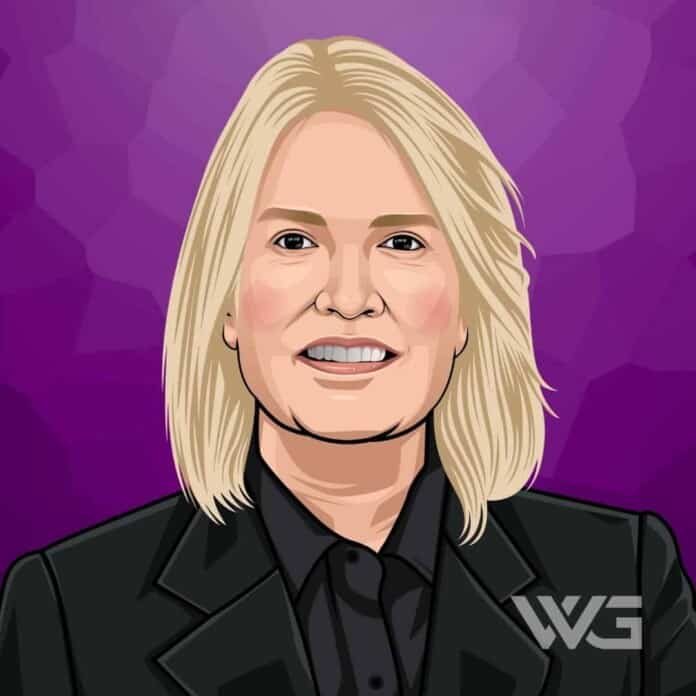 What is Greta Van Susteren’s net worth?

Greta Van Susteren is an American commentator and a lawyer.

Susteren has also been the television news anchor for CNN, Fox News, and MSNBC. She hosted Fox New’s On the Record for 14 years.

Greta Conway Susteren was born on the 11th of June, 1954, in Wisconsin.

Her sister is a  forensic psychiatrist in Bethesda, Maryland. In 2006, Lise was a candidate for the Democratic nomination for United States Senate.

Susteren was born in Wisconsin, and she is best known for he role as a commentator on Fox News Channel’s ‘On the Record with Greta Van Susteren’.

She is a former criminal defense and trial lawyer. Susteren has appeared as a legal analyst as co-host on ‘Burden of Proof’ alongside Roger Cossack.

In 1979, she earned her law degree at Georgetown University of Law Center. During the O.J. Simpson trial, she appeared regularly on CNN as a legal analyst, which led to her stint as co-host of CNN’s ‘Burden of Proof’ and ‘The Point.’

In 2002, she moved to Fox News Channel. In 2014, she made headlines when she criticized Dwayne Stovall. Stovall ran an advertisement calling Senate Minority Leader Mitch McConnell of Kentucky an ineffective “Beltway turtle.”

How Does Greta Van Susteren Spend Her Money?

Here are some of the best highlights of Greta Van Susteren’s career:

“People often ask why I left CNN – I didn’t like management. I liked my colleagues in the news gathering but the corporate culture that seized management when AOL came in (Steve Case and Gerry Levin) was disgusting.” – Greta Van Susteren

“What person here illegally (and in his right mind), will go to the government, announce being here illegally (e.g. plead guilty), provide all sorts of information as to where that person lives etc. to get a work permit only to be a target for deportation in two years?” – Greta Van Susteren

“It is harder to lie in an interview. A good interview – and it can be polite – is not a one way street like a candidate controlled ad. An interview is not programmed by the candidate and so the candidate can’t be exactly sure what will be asked.” – Greta Van Susteren

“As we begin to leave Afghanistan, are we fooling ourselves about what we are leaving behind or what we have promised the people of Afghanistan? Especially the women and girls?” – Greta Van Susteren

“My close proximity to many of the newsmakers can give me a different perspective about people in politics and what they might say than others who don’t know them.” – Greta Van Susteren

“When Mrs. Bush was First Lady, she went all over the Mideast talking about breast cancer awareness and the need for early screening. She did this in places where the cultures prohibit such discussion or even detection efforts.” – Greta Van Susteren

Now that you know all about Greta Susteren’s net worth and how she achieved success; let’s take a look at some of the lessons we can learn from her:

1. Enjoy What You Do

Life is about having fun. Enjoy it.

Van Susteren is an independent type. No one tells her what to do.

There is no person out there like you, own it.

How much is Greta Van Susteren worth?

Greta Van Susteren’s net worth is estimated to be $35 Million.

How old is Greta Van Susteren?

How tall is Greta Van Susteren?

Greta Van Susteren is an American commentator and television personality.

Being a successful journalist, television host, and former attorney, Greta Van Sustren currently hosts the Fox show ‘On the Record with Greta Van Susteren.’ She also co-hosted and served as a legal commentator for ‘Burden of Proof’ on CNN.

What do you think about Greta Van Susteren’s net worth? Leave a comment below.