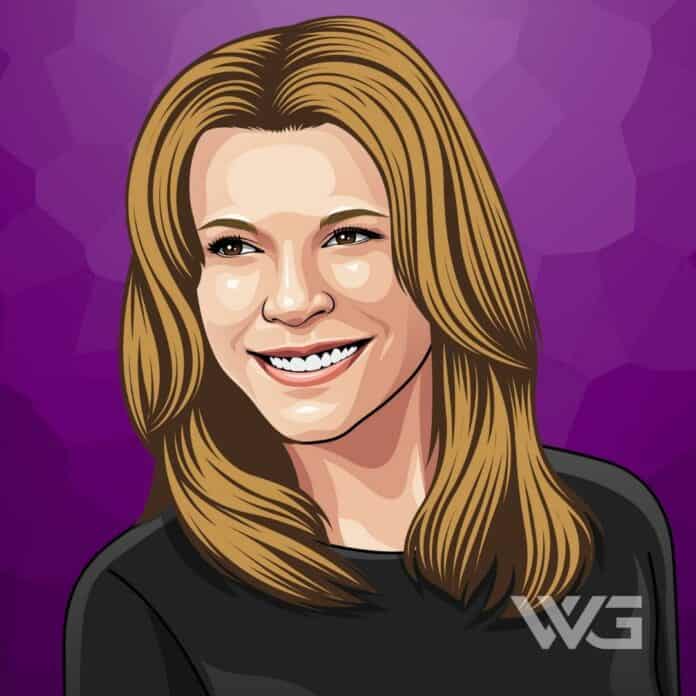 What is Vanna White’s net worth?

As of February 2023, Vanna White’s net worth is estimated to be roughly $85 Million, and she is currently still working as a host.

Vanna White is an American film actress and television personality known as the hostess of Wheel of Fortune. She was born in Conway, South Carolina.

She got her recognition when she appeared on TV in 1980. At first, she was a beauty contestant in Miss Georiga and after that, she appeared in one episode of The Price Is Right.

Vanna Marie Rosich was born in Conway, South California on the 18th of February, 1957. She is the daughter of Miguel Angel Rosich and Joan Marie.

Her parents divorced when she was a baby, and she decided to take her stepfather’s name instead. She attended North Myrtle Beach High School, and after her graduation, she moved to Atlanta.

She attended the Atlanta School of Fashion and started to work as a model. In 1979 she headed to Los Angeles to pursue an acting career.

White started her early career in 1978 when she was a contestant in Miss Georgia. She had her first appearance on TV in 1980, when she starred in one episode of The Price Is Right, in which she was the first one among other contestants.

She didn’t make it on stage but the clip of her being a contestant in the show was rebroadcast as a part of the 25th Anniversary of the TV show.

Her big success in her career started when she became the hostess of Wheel of Fortune. In 1987 she released her autobiography Vanna Speaks! which became a bestseller. Later that year she was featured in a Playboy pictorial showing photos taken of her and her boyfriend.

In 1988 she starred in an NBC television film Goddess of Love. The film was panned worldwide by critics, with TV Guide joking that White’s acting was “wheely” bad.

After that, she has made cameo appearances on television shows such as Simon and Simon, The King of Queens, L.A. Law, Super Mario Bros and Double Dragon. She guest starred on Married… With Children in a parody of the film Indecent Proposal.

Guinness Book of World Records recognized White as “Television’s most frequent clapper”. In 1996 she was the main singer in and the main narrator in Santa’s Last Ride. She was honored with a star on the Walk of Fame in 2006.

White has collaborated with celebrities including likes of, Amanda Bearse, Ricard Dysart, Gerald McRaney and Patch Mackenzie. Her work as a TV hostess has helped her build an astounding net worth. She has appeared in several movies and TV-shows.

Currently, White is signed as a hostess of Wheel and Fortune until 2020.

Here are some of the best highlights of Vanna White’s career:

“There are five cameras, I don’t know how many people in the audience… depending on where we’re taping, there can be anywhere from 300 to 5,000 people, so the contestants are nervous” -Vanna White

“I will say I remember the best thing in terms of publicity was being on the cover of Newsweek.” -Vanna White

“So, I understand when they make a mistake and everyone at home is throwing their shoe at the television set.” – Vanna White

“I’m a mom, a full-time mom when I’m not taping. I do the carpool thing and bake the cookies, and do the homework.” – Vanna White

“I think people think of me as this elegant person because they always see me dressed up.” -Vanna White

“It’s not the most intellectual job in the world, but I do have to know the letters.” – Vanna White

“When I became famous Hugh Hefner decided to put me on the cover, he was a friend of mine, and I said, Hef, if you put these pictures on the cover it could ruin my career, and he still put them on there, I went in on an audition, I was the last girl to audition, and I got the job.” – Vanna White

How much is Vanna White worth?

Vanna White’s net worth is estimated to be $85 Million.

How old is Vanna White?

How tall is Vanna White?

Vanna White became a household name and role formally American in the ’90s. She has appeared in several TV-shows and has also released an autobiography. She co-starred several movies and television shows, and she was honored with a star on the Hollywood Walk of Fame.

What do you think about Vanna White’s net worth? Leave a comment below.

What is Mark Ingram's net worth? Introduction  As of ,...