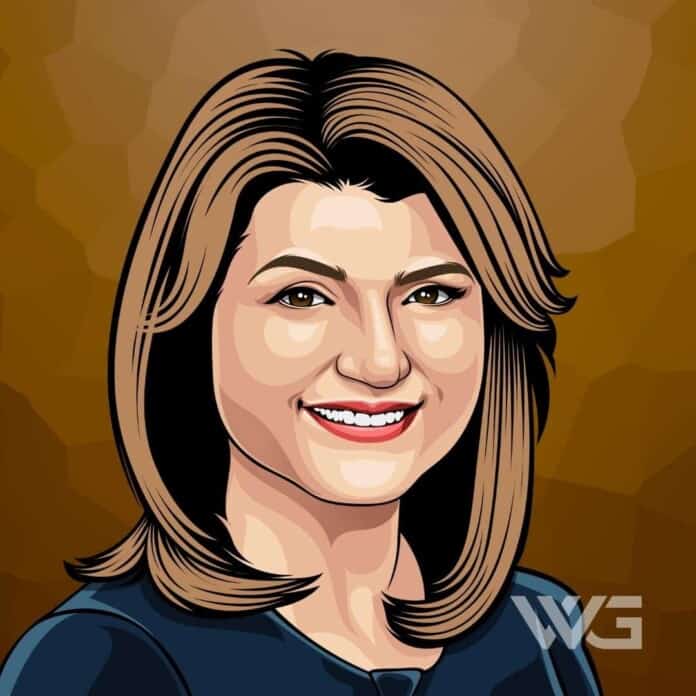 What is Arianna Huffington’s net worth?

As of February 2023, Arianna Huffington’s net worth is estimated to be $100 Million.

Arianna Huffington is well known for creating what is now one of the most popular news websites, The Huffington Post.

She founded the website in May 2005, and it has come an incredibly long way since then, now has around 850 employees.

The Huffington Post was sold to AOL back in 2011 for a huge $315 million; but Arianna was made the President and Editor in Chief, keeping her within the company.

Arianna Huffington was born on July 15th, 1950, which made her 55 years old when launching The Huffington Post.

This meant that she’d already accomplished quite a lot before founding the famous news website. It was founded by Arianna along with Kenneth Lerer, Andrew Breitbart and Jonah Peretti.

Arianna was born in Greece but moved to the UK when she was 16 years old to study economics at Girton College in Cambridge. She began writing in the 1970s, which was when she met and fell in love with Bernard Levin.

Levin never wanted to marry or have any children, so at the age of 30 Arianna had to break it off, and she ended up moving to New York in 1980. Arianna kept on writing; books, articles; biographies and so on. She soon became an established author figure.

The Huffington Post was founded on May 9th, 2005 by Arianna Huffington along with Kenneth Lerer, Andrew Breitbart, and Jonah Peretti.

The Site focuses on news articles from pretty much any category. Business, celebs, sport, technology, politics, entertainment, and so on.

After only one year, The Huffington Post received a $5 million investment of SoftBank capital, which shows just how quickly the website had begun to progress.

These were then followed by Los Angeles, San Francisco, Detroit, Miami, and Hawaii, the latest version created in September 2013.

After having success with the many local editions, HuffPost began to release international editions of the popular news aggregator: The UK edition, Canadian edition, French-language edition, then followed by the Spanish, German and Italian editions.

It was bought for $315 million in 2011 by AOL and is now considered the most powerful blog worldwide.

Arianna has also featured in many cartoons, and comedy T.V shows, either as herself or voicing for another character. For example, she’s appeared as herself in How I Met Your Mother, and in Family Guy; as well as voicing the character of Tim the bear’s wife in spin off, The Cleveland Show.

Thrive is all about Arianna’s story back when she was working 18 hour days and was far too concerned about money and power; the first 2 metrics to success.

Arianna’s routine of work would be to work incredibly long hours, with incredibly strange sleeping patterns.

A day’s work often involved continuing until the point of passing out. It was because of this that Arianna decided to change her way of thinking and redefine her success.

She was working late one day when she passed out due to over-exhaustion and ended up with a broken cheekbone and nasty gash over her eye.

“Fearlessness is not the absence of fear. It’s the mastery of fear. It’s about getting up one more time than we fall down.” – Arianna Huffington

Arianna wrote Thrive to show people that there is so much more to the term ‘Success’ than just money and power. So many of us will define success by the amount of money we have, that we seem to forget about what’s really important to us.

What about our well-being, our relationships, our sense of enjoyment, happiness, and memories we cherish? These are all things that start to degrade when we go after money and Arianna has witnessed this first hand.

“But you have to do what you dream of doing even while you’re afraid.” – Arianna Huffington

“Fearlessness is like a muscle. I know from my own life that the more I exercise it the more natural it becomes to not let my fears run me.” – Arianna Huffington

“Our current obsession with creativity is the result of our continued striving for immortality in an era when most people no longer believe in an after-life.” – Arianna Huffington

“Mainstream media tend to just mouth the conventional wisdom, to see everything through the filter of right and left.” – Arianna Huffington

View our larger collection of the best Arianna Huffington quotes!

How much is Arianna Huffington worth?

Arianna Huffington’s net worth is estimated to be $100 Million.

How old is Arianna Huffington?

How tall is Arianna Huffington?

Arianna Huffington helped build one of the biggest news websites in the world, and remains a very influential figure and author.

As of February 2023, Arianna Huffington’s net worth is estimated to be $100 Million.

What do you think about Arianna Huffington’s net worth? Leave a comment below.