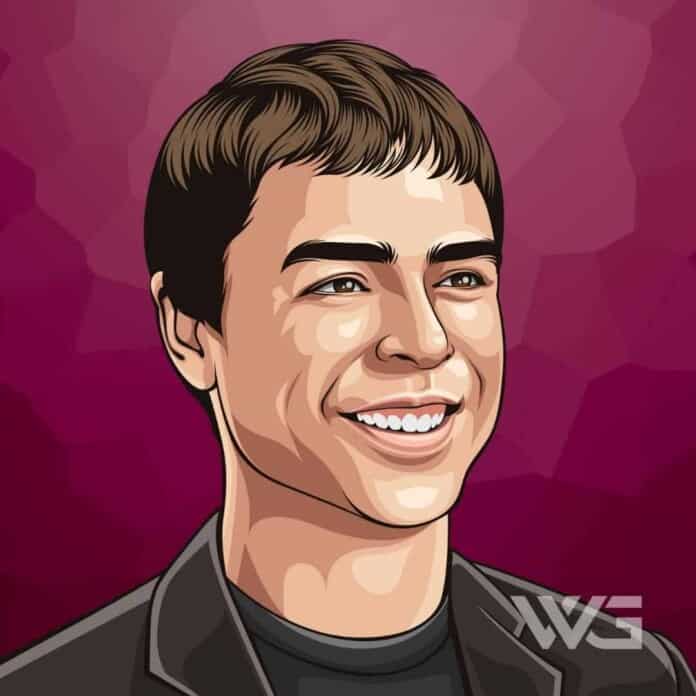 What is Larry Page’s net worth?

Google has become an essential part of millions of people’s everyday lives and offers numerous internet products and services.

The super company was co-founded by Larry Page and Sergey Brin in 1998 with the aim of improving people’s everyday lives and make technology readily accessible to all.

Larry Page was born in East Lansing, Michigan on March 26, 1973, to parents Carl and Gloria Page.

His parents were both computer science professors, and as a child, his home was always filled with computers science magazines. At the age of 12 years old, he realized that he wanted to establish his very own company.

He attended East Lansing High School and graduated in 1991.

He got his bachelor’s degree in computer engineering at the University of Michigan and later received a computer science master’s degree from Stanford University.

During his time at Stanford, Larry met Sergey Brin, a researcher working on a project in 1995.

By 1996 Larry and Sergey had constructed their very first search engine called ‘BackRub’ which was solely operating on Stanford servers for several months.

The two decided that they want to bring their idea to life and the co-founder of Sun Microsystems, Andy Bechtolsheim played a considerable role in this process as he wrote them a check for $100,000.

The company became a reality in 1998, and the name was respectively changed to the iconic name it holds to this current day, Google. In 2001 Eric Schmidt became the CEO, and the others leveled all the way up to presidents of technology and products.

In 2004 the website launched Orkut, the social networking site, and Google Desktop Search. And then later that same year they held the Initial Public Offering which instantly made them millionaires.

Google did a collaboration in 2007 with China Mobile and Salesforce.com, and they also signed to make Google’s educational apps available to students in Kenya and Rwanda.

In 2010 they developed the Google Apps Marketplace and in 2011 Larry Page was named the new CEO and Eric Schmidt would be the executive chairman.

Here are some of the best highlights of Larry Page’s career:

“If you’re changing the world, you’re working on important things. You’re excited to get up in the morning.” – Larry Page

View our larger collection of the best Larry Page quotes!

3 Rules for Success from Larry Page

Now that you know all about Larry Page’s net worth, and how he achieved success; let’s take a look at some of the lessons we can learn from him:

1. Go above and beyond

Don’t settle for the bare minimum. Go above and beyond to push your limits and prove to yourself that you are capable of doing anything you set your mind to.

Don’t do things just so that you can beat the competition. You should always be shooting higher than your current goals to improve and challenge yourself and your own abilities.

We should all be mindful of our environment and push ourselves to leave the world a better place than how we found it whether it’s through your ecological footprint or your effect on other people.

How much is Larry Page worth?

Larry Page’s net worth is estimated to be $103 Billion.

How old is Larry Page?

How tall is Larry Page?

Larry Page is an extremely wealthy man today because he created the mega-company Google which is used by millions of people every single day.

What do you think about Larry Page’s net worth? Leave a comment below.