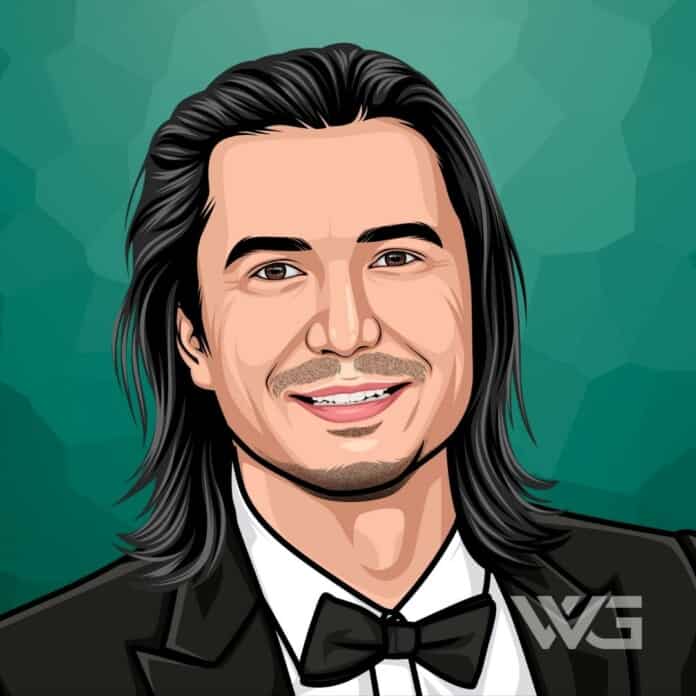 What is Vladimir Tenev’s net worth?

Tenev is the co-founder of Robinhood. Tenev made his fortune with the company that he and Bhatt founded together. He is a very interesting character who served a solid role for young entrepreneurs who have the dream of building their own companies. Tenev can teach out a lot of business.

Vladimir Tenev was born in Bulgaria. His parents migrated to the United States when Tenev was five years old. His parents both worked for the World Bank. Tenev attended Thomas Jefferson High School for Science and Technology in Virginia.

Tenev earned a degree in mathematics from Stanford University, where he met Baiju Bhatt. He studied for a mathematics Ph.D. at UCLA but dropped out to work with Baiju Bhatt.

In 2010, Tenev and Bhatt started a company called Celeris. The following year, they abandoned it to create Chronos research which sold low -latency software to other trading firms and banks.

In 2013, Tenev was included in a Forbes’ 30 Under 30 list. He was invited to be the speaker at UCLA’s Match Commencement Ceremony in 2019. Bhatt and Tenev co-founded the trading platform Robinhood in 2013.

Following a funding round in 2018, Tenev and Bhatt both became billionaires. On the 28th of January, 2021, Tenev defended Robinhood’s decision to prevent users from buying stock or options in various securities, notably GameStop, during the GameStop short squeeze.

The following month, he testified before the United States House Committee on Financial Services regarding Robinhood’s role during the GameStop.

He came under heavy criticism from members and was also criticized for struggling to provide answers to a number of questions.

Here are some of the best highlights of Vladimir Tenev’s career:

“To prudently manage the risk and the deposit requirements, we had to restrict buying in these 13 stocks, we’re in a historic situation where there’s a lot of activity and a lot of buying concentrated in a relatively small number of symbols that are going viral on social media. We haven’t really seen anything like this before.” – Vladimir Tenev

“I want to be 100 % clear. This decision was not made on the direction of any market maker or other market participants.” – Vladimir Tenev

“There’s a large group of people that think investing is this serious thing for only if you’re wearing a suit in front of your terminal, that’s kind of been the legacy school of thought.” – Vladimir Tenev

“We know that many people still don’t know how to build for their future, we know they feel excluded and think investing is not for them. They think it’s insurmountable. That’s just wrong. Technology should enable everyone to be able to participate and to be able to take that first step.” – Vladimir Tenev

“So what happened today was that we had to make a difficult decision, and it’s been a challenging day. So to be clear, customers could still sell those securities if they had positions in them.” – Vladimir Tenev

Now that you know all about Vladimir Tenev’s net worth and how he achieved success; let’s take a look at some of the lessons we can learn from him:

Tenev has been fortunate and successful in his entrepreneurial endeavors. Although he didn’t set out to become an entrepreneur, it’s something that seemed to naturally evolve through conversations with a friend and wondering “what if.” He takes the time to share his experiences.

In his commencement speech, Vlad gave an inspirational delivery for students to follow their passion. This is something that ultimately led to his success, and he knows what he is talking about.

Tenev has a long list of skills which are endorsed by multiple professional and experts in related fields. Know your skills, and use them to become successful.

How much is Vladimir Tenev worth?

Vladimir Tenev’s net worth is estimated to be $650 Million.

How old is Vladimir Tenev?

How tall is Vladimir Tenev?

Vlad Tenev is the co-founder and co-CEO of Robinhood, a fast-growing brokerage giving people access to our financial system. He co-founded Robinhood in 2013.

Before Robinhood, he started two finance companies in New York. Tenev has been featured on the “Forbes 30 under 30” and “Fortune 40 under 40 lists. Robinhood has become one of the biggest investment apps in the United States. The app introduced cryptocurrency trading in 2019.

What do you think about Vladimir Tenev’s net worth? Leave a comment below.