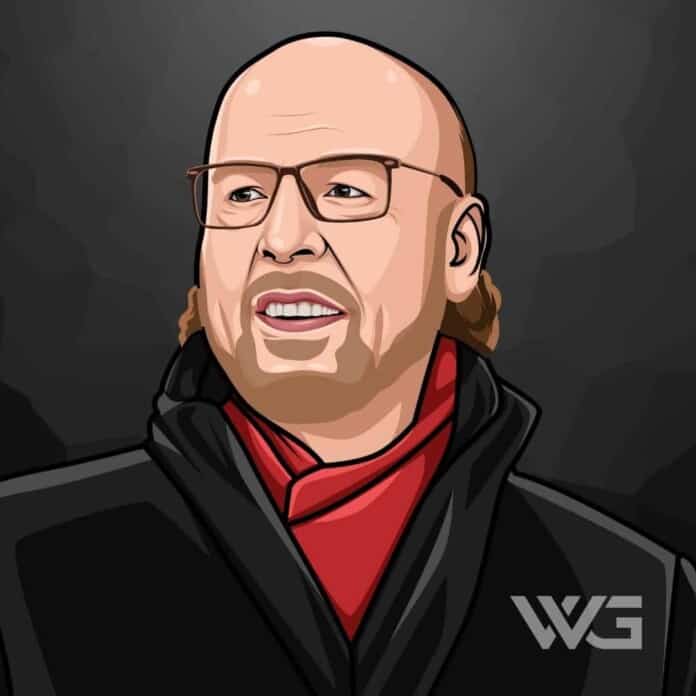 What is Avram Glazer’s net worth?

Avram Glazer is an American businessman.

Glazer is a member of the Glazer family who owns the Tampa Bay Buccaneers of the National Football League. He holds a majority ownership stake in English football club Manchester United F.C. He is the son of Malcolm Glazer.

In 1978, Glazer was the Junior Achievement Outstanding Young Businessman of the Year. He received his Bachelor of Science in Business Administration from Washington University in St. Louis. He graduated from Washington College of Law at American University.

Since 2005, Glazer has been the executive co-chairman of Manchester United.

He has been an owner of the NFL Tampa Bay Buccaneers since 1995. The team has won 2 Super Bowls. In 2021, the Buccaneers won Super Bowl LV. They became the first team in NFL history to win a Super Bowl in their home stadium. They defeated the Oakland Raiders in Super Bowl XXXVII.

The Glazer Vision Foundation was established in 1999. It’s dedicated to assisting charitable and educational causes in the West Central Florida region. The foundation has provided more than 100,000 free eye screenings and 20,000 free prescription glasses to children.

How Does Avram Glazer Spend His Money?

Glazer has helped by founding different foundations like The Glazer Vision Foundation and Glazer Children’s Museum.

Here are some of the best highlights of Avram Glazer’s career:

”It’s a tremendous feeling. When you’re around this club, following this club, the heritage, the history when you’re walking on Old Trafford, the feeling you get inside… it doesn’t matter how many times you walk in, you get that feeling every time.” – Avram Glazer

“No, actually, we’ve been here before. I haven’t been in the past year or so, but over the last several years, I’ve been here and, as I’ve said, every time you walk in that great stadium, you get that same feeling, and that’s part of the beauty of Man United and what sets Man United apart from other football clubs.” – Avram Glazer

“I had a roommate in college who was from London and who to this day is still my best friend. Every Saturday morning, he’d be there with his little radio trying to pick up the Tottenham games. He exposed me even more. It was infectious, and the more I learned about the game over here, the more passionate I got.” – Avram Glazer

“You know, the one thing we always say about the club in Tampa is while we may be the owners, no one really owns the club. The fans, the supporters are the club owners, and we are the stewards of the club. We have our club in the US, the Tampa Bay Buccaneers.” – Avram Glazer

Now that you know all about Avram Glazer’s net worth and how he achieved success; let’s take a look at some of the lessons we can learn from him:

The best essentials to achieve anything worthwhile are Hard work and common sense.

What separates the talented individual from the successful one is hard work.

Success is a mixture of having a flair for the thing that you are doing, knowing that it is not enough, that you have got to have hard work and a certain sense of purpose.

How much is Avram Glazer worth?

Avram Glazer’s net worth is estimated to be $1 Billion.

How old is Avram Glazer?

How tall is Avram Glazer?

Avram Glazer is an American business executive who is a member of the Glazer family. Glazer owns the Tampa Bay Buccaneers and Manchester United.

He is one of six children born to Malcolm and Linda Glazer. He was a college dropout who parlayed a small fortune earned owning trailer parks into a global investment empire.

After his dad passed away, he helped control the family business, including the sports team empires, went to his widow and six children.

What do you think about Avram Glazer’s net worth? Leave a comment below.