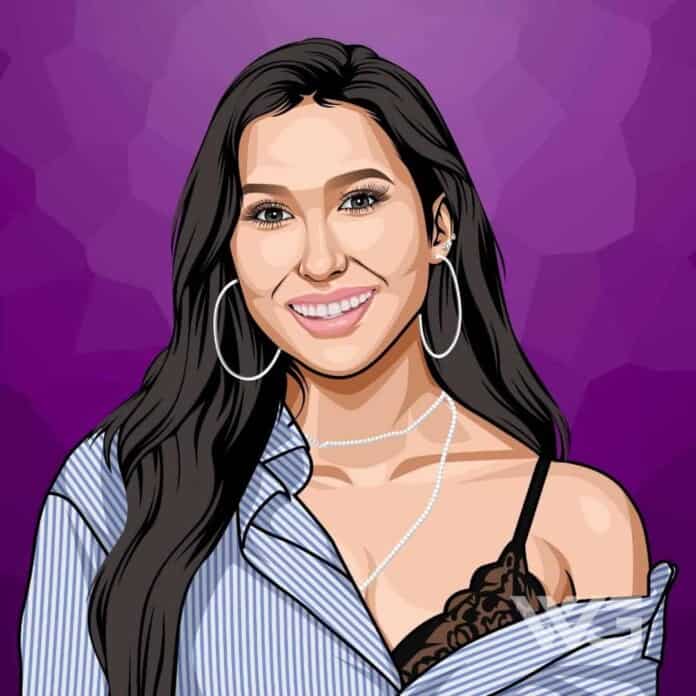 What is Jaclyn Hill’s net worth?

As of December 2022, Jaclyn Hill’s net worth is estimated to be $2 Million.

Jaclyn Hill is an American entrepreneur and internet personality who gained popularity via her YouTube channel. One of her most popular videos is when she filmed with the reality star Kim Kardashian West in 2017.

Jaclyn Roxanne Hill was born on the 20th of July, 1990, in Illinois on a farm that had been in her family for four generations.

In 1998, Jaclyn’s family – including her father James, mother Robin, older brother Nicholas, and older sister Rachel—moved to Tampa, Florida, after her father said he was called by God to pursue missionary work and become an evangelist.

Hill started her YouTube channel in 2011, which became known for its celebrity makeup tutorials.

In July 2017, she filmed a video with reality mogul Kim Kardashian West, titled “Get Ready with Me & Kim Kardashian”, which has become one of Hill’s most viewed videos.

In 2015, Hill collaborated with Australian cosmetics brand BECCA to release a highlighter called “Champagne Pop”. Beauty retailer Sephora sold more than 25,000 units of “Champagne Pop” within 20 minutes of its release.

The same year, Hill also collaborated with Morphe Cosmetics, creating a palette containing her favorite Morphe eye shadows. She released a limited-edition, gem-encrusted makeup brush set with Morphe in 2016, as well as a second eye shadow palette, under the marketing name “Jaclyn Hill x Morphe”, in 2017.

On May 23, 2019, Hill published a YouTube video announcing the launch of her namesake brand, Jaclyn Cosmetics, which included descriptions and swatches of the 20 nude “So Rich Lipstick” shades to be released within the week.

This announcement was initially met with mostly positive reactions from long-time fans.

Here are some of the best highlights of Jaclyn Hill’s career:

“I wanted to do a face palette and thought I’d be stupid not to do a face palette with them because…Becca has the best blush formula…[and] their highlighter is one of my absolute number-ones; I mean Opal was my ride-or-die, which is how they found me in the first place because I wouldn’t shut up about it! I was so excited to take Becca’s formula and create shades from scratch that I have in my mind.” – Jaclyn Hill

“Prosecco Pop. I was so nervous about creating a second highlight and felt so much pressure because Champagne Pop was such an unexpected success and continues to be such a success. “Of course, I’m always trying to think of all different skin tones, so creating Prosecco Pop was definitely difficult because I wanted it to be a certain gold.” – Jaclyn Hill

“The way I used to wear my eyebrows truly makes me sad. I need to dig a grave for my old eyebrows. I [have] Valentine’s Day tutorial that I want to delete so badly; the makeup is pretty, but the brows… It looks like I have two worms on my face! I feel like everyone has had a bad brow moment; the difference is that I’ve just documented it in front of millions of people!” – Jaclyn Hill

“I think that it’s funny! I think it’s entertainment, and I think for the first time ever the cosmetic industry is having this moment that we’ve never had. In the past, we had the greats like Kevyn Aucoin.” – Jaclyn Hill

Now that you know all about Jaclyn Hill’s net worth, and how she achieved success; let’s take a look at some of the lessons we can learn from her:

In every success story, you will find someone who has made a courageous decision.

2. Make Your Own Life Different

If there are things you don’t like in the world you grew up in, make your own life different.

How much is Jaclyn Hill worth?

Jaclyn Hill’s net worth is estimated to be $2 Million.

How old is Jaclyn Hill?

How tall is Jaclyn Hill?

Jaclyn Hill is a successful YouTuber who has 5.87 Million subscriber this year on YouTube. Before Jaclyn became a YouTuber, Jacyln worked as a freelance makeup artist and a MAC Cosmetics make up artist.

What do you think about Jaclyn Hill’s net worth? Leave a comment below.