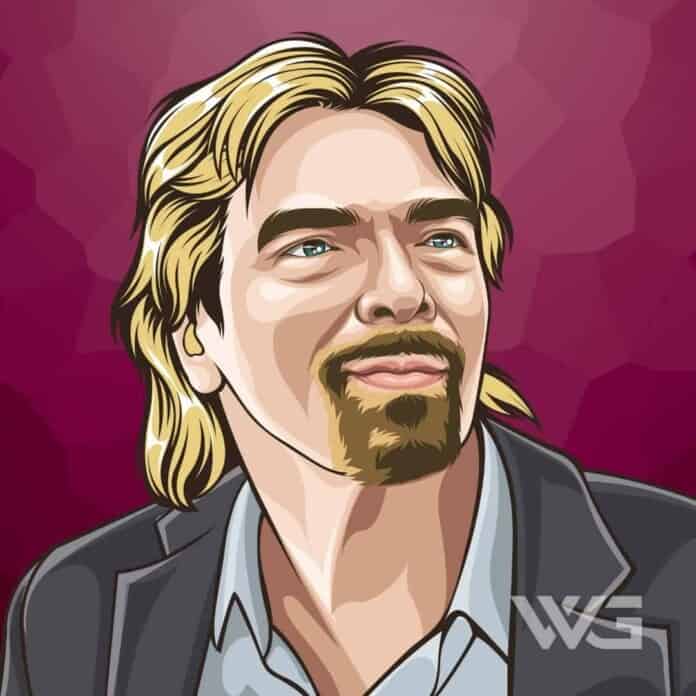 What is Richard Branson’s net worth?

As of November 2022, Richard Branson’s net worth is estimated at $5 Billion.

Richard Branson is an English business magnate, and founder of the Virgin Group, which now controls over 400 companies.

Branson was born on the 18th of July, 1950, in London, England. He had two younger sisters, and his mother was an air hostess, his father a barrister.

Richard Branson struggled to focus and do well in school; so he made the decision at the age of 16 to drop out to pursue his interest in entrepreneurship.

In 1966, Richard Branson decided to drop out of school to start ‘The Student‘ magazine. The magazine became very popular, and Branson even interviewed several celebrities for the magazine.

He decided to start advertising popular records within the magazine and quickly found his niche. This is when he started trading under the name Virgin, and the magazine was the first form of advertisement for Virgin.

The first record store was in Oxford, London, and shortly after the success of the record store, came the Virgin Record Label.

After the success of Virgin Records, Branson began expanding into different industries. His most notable and successful endeavor has been Virgin Atlantic Airways, which was founded in 1984.

As of 2020, Richard Branson’s net worth is estimated at $5 Billion.

Here are some of the best highlights of Richard Branson’s career:

“You don’t learn to walk by following rules. You learn by doing, and by falling over.” – Richard Branson

“Business opportunities are like buses, there’s always another one coming.” – Richard Branson

“Do not be embarrassed by your failures, learn from them and start again.” – Richard Branson

“A business has to be involving, it has to be fun, and it has to exercise your creative instincts.” – Richard Branson

“One thing is certain in business. You and everyone around you will make mistakes.” – Richard Branson

View our larger collection of the best Richard Branson quotes!

Branson has proved that age doesn’t matter on both ends of the scale! Not only did he get his first business success at 16 years old, through which he was able to get Virgin Records up and running; but he’s also still living life to the fullest at the age of 61.

Much of Branson’s success came from working for free when he was trying to get his foot in the door. If you’re willing to work for free, it shows that you love what you do; but it also gives you a better chance of being granted opportunities.

Later on, people will see how valuable you truly are, and your earnings will be reflected by that fact.

I swear this is featured on almost every success lesson list imaginable; love what you do. In fact, Branson cried when Virgin Records was sold to EMI. That’s how much love he had/has for his business.

Do you have the same kind of love for your business?

How much is Richard Branson worth?

Richard Branson’s net worth is estimated to be $5 Billion.

How old is Richard Branson?

How tall is Richard Branson?

Richard Branson is one of the richest men in Britain and has built the Virgin empire from the ground up.

What do you think about Richard Branson’s net worth? Leave a comment below.