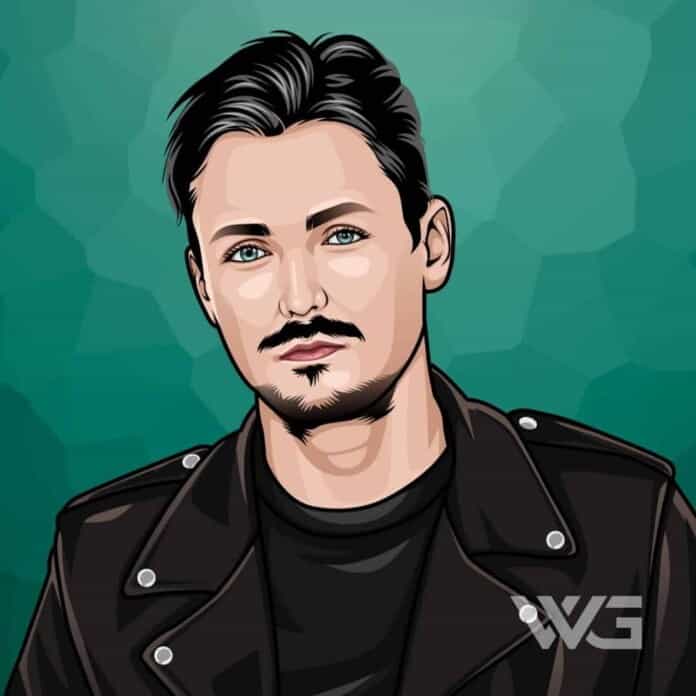 What is Julian Jordan’s net worth?

Julian Jordan is a Dutch musician, DJ, and record producer from Apeldoorn.

Jordan is best known for the songs ‘Kangaroo’ with Sander van Doorn and ‘BFAM’ with Martin Garrix. Growing up, he developed a passion for music. When he was 5 years old, he took lessons at a music school and was interested in various percussion instruments.

At the age of 14, he produced his first song ‘Yxalag’, and published it on the internet.

As of February 2023, Julian Jordan’s net worth is approximately $1.5 Million .

Julian Dobbenberg was born on the 20th of August, 1995, in Apeldoorn, The Netherlands.

As a child, Dobbenberg developed a passion for music. At the age of five, he took up lessons at a music school and was interested in various percussion instruments.

At the age of 14, he produced his first song ‘Yxalag’, and published it on the Internet. The song had attracted the attention of a few record labels.

Jordan signed a contract with Dutch then-independent record label Spinnin’ Records, before graduating from school. During this period, his music was characterized as electro and progressive house.

In 2012, he collaborated with Sander van Doorn to release the single ‘Kangaroo’. That year in November, he released the single ‘BFAM’ with Garrix. The song title is an acronym for “brother from another mother”.

In 2017, he released the songs ‘Always’ and ‘Say Love’. Jordan also re-designed his record label ‘Goldkit’ and released ‘Saint’ and ‘Chinook’ as singles.

Jordan released the song ‘Night of the Crowd’ as a collaboration with Steff Da Campo. Another single was released that year titled “Light Years Away”, which was recorded with TYMEN. He was placed 94th on the 2017 DJ Mag Top 100 DJs poll.

As of February 2023, Julian Jordan’s net worth is estimated to be roughly $1.5 Million .

Here are the best highlights of Julian Jordan’s career:

“I started drumming when I was five years old and started producing music when I was 12! I just loved to create my own tracks. All my tracks on SoundCloud because I had no label to release them yet.” – Julian Jordan

“We started sharing music on the same forum and we really enjoyed each other’s productions. So one day Martijn texted me saying “We should hang out in the studio.” So we did. I went to his home bedroom studio and we’ve been great friends ever since.” – Julian Jordan

“It’s always tricky to mix business with your personal life, but this collaboration actually happened very naturally. I was searching for the right voice for this track and I showed the track to Kim and was like, “Why don’t you try it?.” So we just tried it, and we were both very happy with the result.” – Julian Jordan

“Yes! I love to give my fans a closer look into my personal life. I think that with social media these days, it’s all about showing the best side of yourself and as an artist, you always have to think about everything when you post a picture – what type of pictures to post and what captions to use.” – Julian Jordan

“I would love to play at Coachella. I’ve only seen videos and pictures and it always looks so dope. I think the crowd is also into a lot of different genres and I really love to play for a diverse crowd.” – Julian Jordan

Now that you know all about Julian Jordan’s net worth, and how he achieved success; let’s take a look at one of the lessons that we can learn from him:

1. Success Is About Hard Work

You should never stop learning in life – education is the key to many things in life.

How much is Julian Jordan worth?

Julian Jordan’s net worth is estimated to be $1.5 Million .

How old is Julian Jordan?

How tall is Julian Jordan?

Julian Jordan is a hyper-talented dance music producer from The Netherlands.

And Sander van Doorn, Nicky Romero, Hardwell, Thomas Gold, and Diplo are just a handful of DJs currently hammering Julian Jordan’s records in the clubs. With this much commotion already being stirred up, we see a bright future ahead and suspect it won’t be long before Julian Jordan is a household name.

As of February 2023, Julian Jordan’s net worth is estimated to be roughly $1.5 Million .

What do you think about Julian Jordan’s net worth? Leave a comment below.