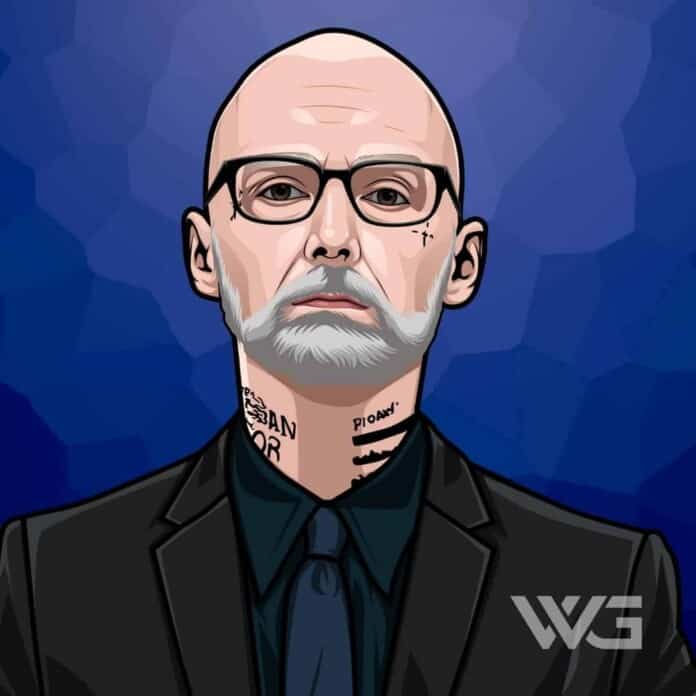 What is Moby’s net worth?

Moby is an American musician, singer, and producer.

He has sold 20 million records worldwide. Many people consider him to be among the most important dance music figures of the early 1990s, helping bring dance music to a mainstream audience both in the United States and the United Kingdom.

In 1989, he moved to New York and became a prolific figure as a DJ.

Richard Melville Hall was born on the 11th of September, 1965, in New York.

Hall is the only child of Elizabeth McBride and James Fredrick Hall. His father died in a car crash when Moby was 2 years old.

His mother raised moby. He recalled being sexually abused by a staff member at his daycare during this time. This was followed by a move to Darien, Connecticut, living in a squat with “three or four other drug-addicted hippies.

Moby was born in New York, and he is regarded as one of the key electronic dance music figures of the last two decades. Moby was instrumental in bringing the electronic music genre to mainstream audiences around the world.

He earned his nickname from his parents because Moby Dick’s author, Herman Melville, was his great uncle. He began learning classical guitar when he was just 10 years old.

Moby released the albums ‘Moby,’ ‘Ambient,’ ‘Everything Is Wrong,’ and ‘Animal Rights,’ none of which enjoyed major success. He rose to stardom with his fifth studio album ‘Play’ which was released in 1999.

He has continued to create successful studio albums that include ’18’, ‘Hotel,’ ‘Last Night,’ ‘Wait for Me,’ ‘Destroyed,’ and ‘Innocents’.

How Does Moby Spend His Money?

Moby spends some of his money on real estate and charity work.

In 2010, Moby purchased $4 million on a lavish LA castle-like mansion known as the Wolf’s Lair. He then spent $2 million on a variety of renovations and upgrades. The home features a guest house famed architect John Lautner.

He sold this property in 2014 for an impressive $12.4 million. As of today, he owns several homes in Los Angeles.

Moby is a vegan and truly cares about his community as well.

Here are some of the communities he has helped: 21st Century Leaders, Aid Still Required, Animal Defenders International, Artists for Peace and Justice, Children’s Cancer Association, Children with AIDS, and David Lynch Foundation.

Here are some of the best highlights of Moby’s career:

“So in 1987, I gave up all animal products and became a vegan. Simply so that I could eat and live in accordance with my beliefs that animals have their own lives, that they’re entitled to their own lives and that contributing to animal suffering is something that I don’t want to be a part of.” – Moby

“I believe that to knowingly commit actions that cause or condone suffering is reprehensible in the extreme. I call upon you to be compassionate and treat others as you want to be treated. If you don’t want to be beaten, imprisoned, mutilated, killed or tortured then you shouldn’t condone such behavior towards anyone, be they human or not.” – Moby

View our larger collection of the best Moby quotes!

Now that you know all about Moby’s net worth and how he achieved success; let’s take a look at some of the lessons we can learn from him:

Most artists spend their entire lives learning how to play music and write songs, and they don’t really know how the music business works.

Could you look an animal in the eyes and say to it, ‘My appetite is more important than your suffering’?

To truly live a creative life means that you will need to experiment in as many different fields as possible.

How much is Moby worth?

Moby’s net worth is estimated to be $25 Million.

How old is Moby?

How tall is Moby?

Moby is an American singer and musician.

He became a household name with the release of his album ‘Play’. The album became the highest-selling electronic album ever, with 10 million copies sold internationally.

He has released 15 studio albums, ten compilation albums, more than 70 singles, and multiple videos/remixes throughout his career.

What do you think about Moby’s net worth? Leave a comment below.