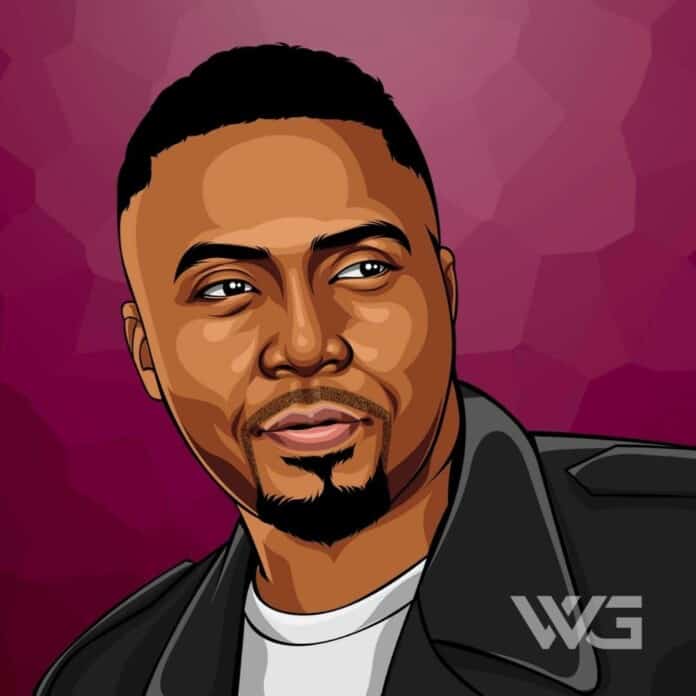 What is Nas’ net worth?

Nas is an American rapper, hip hop record producer, entrepreneur, and actor. He’s sold over 25 million records worldwide and had 8 albums in a row be certified platinum.

Nas has his own record label, owns a FILA sneaker store, and serves as associate publisher of Mass Appeal magazine.

Nas was born Nasir bin Olu Dara Jones, on the 14th September, 1973, in Brooklyn, New York. His mother was a postal service worker, and his father is a jazz and blues musician.

When Nas was a child, his family moved to the Long Island City neighborhood of Queens. His neighbor influenced his initial interest in hip hop by playing him records.

His parents divorced in 1985, and he dropped out of school after the eighth grade, but began playing the trumpet and writing his own rhymes.

Nas was originally recording music as a teenager under the name “Kid Wave”, with the help of his neighbor to be his DJ.

In the early 90’s, Nas was signed to Columbia records, and his debut album was released in 1994. It was awarded best album of 1994 by The Source, and the success of the album sparked more hits from Nas.

Nas went on to release many more albums over the years, and in 2001 his dispute with Jay-Z hit the media. With the pair each firing diss tracks at one another.

Nas has sold over 25 million records worldwide, which is an incredible achievement; and As of February 2023, Nas’ net worth is $70 Million, making him one of the richest rappers in the world.

Here are some of the best highlights of Nas’ career:

“You have to Keep your vision clear, Cause only a coward lives in fear” – Nas

“The craziest things already happened to me, so either you’ll be laughing at me or you’re laughing with me, ha” – Nas

“Born Alone, Die Alone, no crew to keep my crown or throne” – Nas

“Don’t ever give up on yourself. Keep pushing because the change of guards is what life’s all about. You’ve always got to stick with whatever you’re into because your day is going to come. Your day is destined. If you walk away from that, whether it be from fear or whether you’re just giving up. The greatest sin is fear and giving up.” – Nas

“There was a side of me that knew I was going to change the game, but I didn’t know how many people would respect it.” – Nas

“Every time I get in the studio, I feel like I wanna have some fun. My fun is not doing the easy work. My fun is doing what’s me.” – Nas

How much is Nas worth?

Nas’ net worth is estimated to be $70 Million.

How old is Nas?

How tall is Nas?

Nas is both an accomplished rapper and entrepreneur, with the diversification of his career strengthening his income.

What do you think about Nas’ net worth? Leave a comment below.