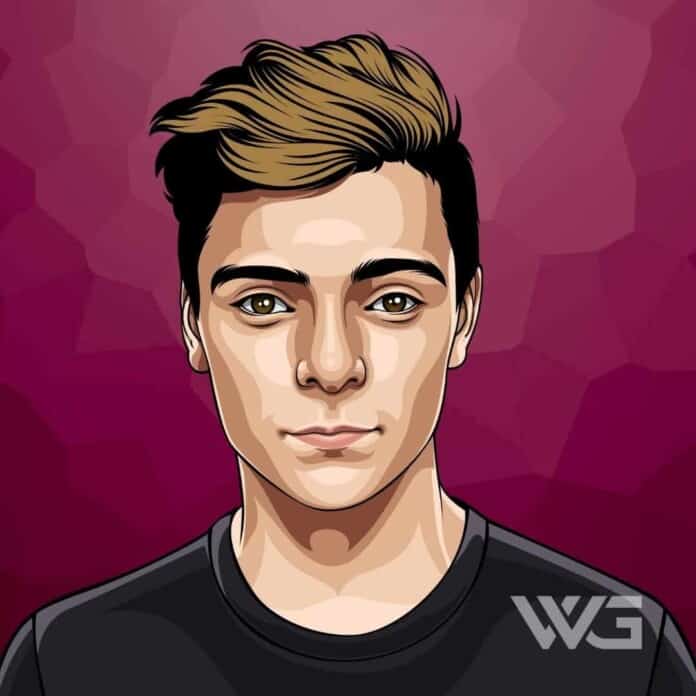 What is Martin Garrix’s net worth?

As of November 2022, Martin Garrix’s net worth is roughly $30 Million; which now makes him one of the richest DJs in the world.

Martin Garrix is a Dutch professional DJ and music producer. He’s also the founder of STMPD RCRDS, and is only 24 years of age right now. In the past couple of years, Garrix’s popularity has skyrocketed, and so has his income.

Martijn Gerard Garritsen was born on the 14th May 1996, in Amstelveen, Netherlands. From a young age, he was very interested in music and learned to play the guitar when he was 8 years old.

He took to DJ’ing after seeing Tiesto perform and purchased FL Studio to start producing his own music. Garrix graduated from the Herman Brood Academy in 2013.

Martin Garrix’s career began when he was discovered by Tiesto, the very individual who inspired Garrix to become a DJ. Garrix produced a couple of tracks under Tiesto’s wing, and also collaborated with other artists, before being signed to Spinnin’ Records in 2012.

Garrix has worked and collaborated with many famous artists, such as Ed Sheeran, Bebe Rexha, Usher, Linkin Park, Tiesto, and more.

Here are some of the best highlights of Martin Garrix’s career:

“I think it’s difficult to say what exactly made me become a successful DJ. It depends on so many different things. If I were given an award, I would thank my family, friends, Tiesto and the great team behind me for all their support and hard work. Without them, I wouldn’t be where I am today.” – Martin Garrix

“Using social media to hurt and destroy is callous, acted out by cowards hiding behind computers. My advice is to ignore negativity. Focus on the love around.” – Martin Garrix

“Education is a cause very close to me. What matters is encouraging my fans to focus on their education, because only an educated generation can ensure a better future. Even when I was on tour, I did my homework and studied.” – Martin Garrix

“The bigger your songs get, the bigger the festivals you play at will be, until you make it to Ultra. It happened super quick for me. I’m still in shock, actually. I have to pinch myself a lot.” – Martin Garrix

“I think Dutch people are very sober, I don’t know if it’s the right word. Like, you have the most famous person walk by some Dutch people, and they’re like, ‘Oh, hello.’ And they maybe take a photo, but most of the time, they’ll respect you and leave you alone. And if you go to some other countries they will literally mob you, go crazy.” – Martin Garrix

How much is Martin Garrix worth?

Martin Garrix’s net worth is estimated to be $30 Million.

How old is Martin Garrix?

How tall is Martin Garrix?

Martin Garrix is one of the youngest DJ’s in the world to be worth so much. At the age of 24, he’s doing incredibly well for himself; and he’s still only in the beginning years of his career!

As of November 2022, Martin Garrix’s net worth is estimated to be $30 Million.

What do you think about Martin Garrix’s net worth? Leave a comment below.