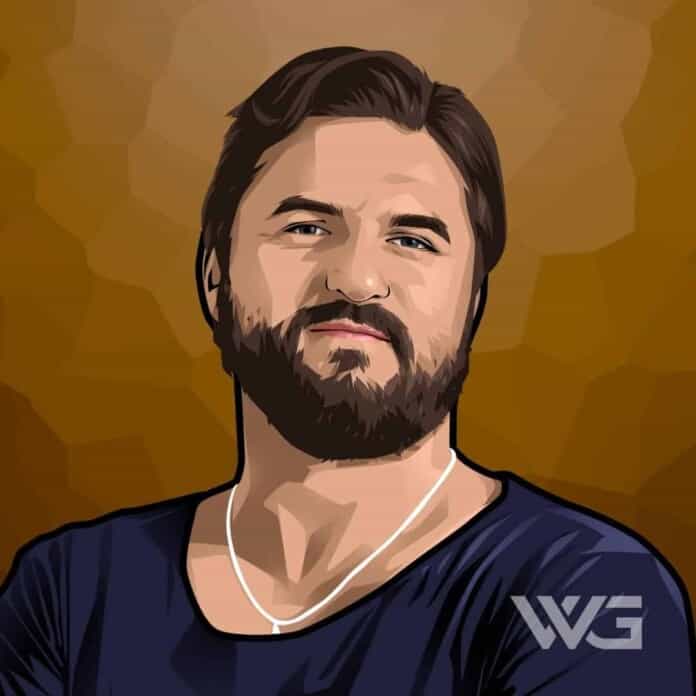 What is Solomun’s net worth?

Solomun is a Bosnian-German DJ. He is a four-time DJ Awards winner for Best Producer, Best Deep House DJ, and Best Melodic House.

Mladen Solomunw was born on the 27th of December, 1975, in Travnik, Yugoslavia.

As a young boy, he worked for his father in construction. Eventually, he discovered that he really enjoyed filmmaking.

He founded a small production company with a few friends, where they created short films together. He worked in film for about five years before discovering that music was his passion. His cousin, who frequented nightclubs, brought him tapes whenever he came to town.

In 2005, Solomun began producing music, founding the record label Diynamic in late 2005 with his partner Adriano Trolio, who manages the booking for Diynamic. The motto for Diynamic is ‘Do It Yourself.

Solomun was holding two residencies in Ibiza in 2015, at nightclubs Pacha and Destino. He kicked off 2016 with two events at The BPM Festival, including Diynamic in the Jungle and Solomun +1 with Mano Le Tough.

Here are the best highlights of Solomun’s career:

“These amazing artists all have one thing in common: I know, appreciate and respect them for quite a long time. And so it was for me quite obvious to ask them for joining me with my first own residency on Ibiza.” – Solomun

“I had a lot of offers, and finally, we decided to make another night beside the Dynamic Neon Nights. And then, one fine day in the bathroom, I had the idea for Solomun+1: The concept is already explained by the name: Solomun +1. And the main thing about Solomun+1 is: only two artists taking care of the night.” – Solomun

“For Warung Beach Club, I made the only exception of my concept by inviting not a single artist but a club. But as Warung Beach Club is one of my favorite 3 clubs in the world, I didn’t hesitate when I got that idea.”– Solomun

“I’ll tell you something: The whole 10 years Birthday party at Warung Beach Club came as close to perfection as it could be. The line-up, the people, the vibe … and of course the after-party … it’s hard to explain to someone who wasn’t there, so I will not try it. But it was mind-blowing, this I can tell.” – Solomun

“I tried to find a good balance between enjoying this time off and focusing on all the projects I am working on, and there are a few besides the album. The more time passes, the more this balance shifts towards those projects though.” – Solomun

Now that you know all about Solomun’s net worth and how he achieved success; let’s take a look at some of the best lessons that we can learn from him:

Change your life today. Don’t gamble on the future. Act now, without delay.

Worry is a waste of time; it’s a misuse of your imagination.

Admit your mistakes, do what you can to fix them, and move on.

How much is Solomun worth?

Solomun’s net worth is estimated to be $1.3 Billion.

How old is Solomun?

How tall is Solomun?

Solomun was raised in Hamburg, and he is a DJ, producer, and three-time DJ Awards winner for Best Producer and Best Deep House DJ.  After Solomun was born in Bosnia, as requested by his father, he moved to Hamburg with his family.

As a young boy, he worked for his father in construction. Eventually, he discovered that he really enjoyed filmmaking. He worked and founded a small production company with a few friends.

What do you think about Solomun’s net worth? Leave a comment below.