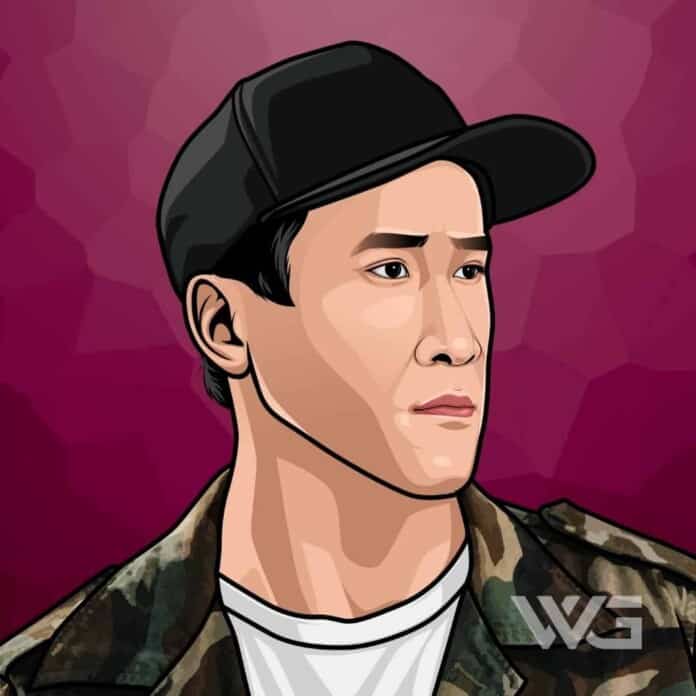 What is Florian Picasso’s net worth?

Florian Picasso is a Vietnamese-French DJ and record producer based in Cannes.

Picasso is a great-grandson of the well-known artist Pablo Picasso. He gained recognition for collaborations with Martin Garrix and Steve Aoki.

As of November 2022, Florian Picasso’s net worth is estimated to be $1 Million.

Florian Ruiz Picasso was born on the 21st of February, 1990, in Vietnam. Picasso was adopted by Marina Picasso,  a granddaughter of the famous artist, Pablo Picasso.

Picasso started making music at the age of 13 when he would perform at events in his boarding school. He became more serious about his musical career at the age of 19. He currently resides in Geneva, Switzerland.

Picasso has performed at major music festivals such as Ultra Music Festival and Tomorrowland. He has been performing in big clubs since he was 16 years old, has opened for acts like Swedish House Mafia, and has begun headlining his shows.

In 2015, he released ‘Can’t Stop’ as a single with fellow producer Tom Tyger via Mixmash Records. The same year. Picasso released ‘Want It Back (Origami)’ as a single.

He released a single titled ‘Final Call’ through Armada Music under exclusive license from Protocol Recordings, a label run by Nicky Romero.

In November 2016, it was announced that Picasso signed a deal with Spinnin’ Records, with whom he released a single titled ‘Cracked Wall’ on 2 December 2016.

As of November 2022, Florian Picasso’s net worth is estimated to be roughly $1 Million.

Here are the best highlights of Florian Picasso’s career:

“Obsession’, released on Musical Freedom, is perfect to play in clubs to get the crowd hyped. I’ve already noticed in my latest sets that it has the effect I was aiming for when I was working on it. It’s a track with heavy and exciting beats, which was something I wanted for this one.” – Florian Picasso

“2017 has honestly been a crazy year. I went to so many amazing places, got to meet up with many fans around the world, released tracks I’m proud of with amazing people, and got to perform at incredible festivals and clubs. Having Tiësto delivers a guest mix for my radio show ‘The Guernica Project,’ and my latest release ‘Obsession’ were proud moments, and performing at Tomorrowland was a huge highlight of my year.” – Florian Picasso

“So basically, my team and I moved to Los Angeles to work on some other projects that involve songwriters and musicians, more pop-oriented. I loved the process of it, to be sharing ideas in a room and jamming with longtime friends and partners.” – Florian Picasso

“The outcome was fantastic, and I was able to nail a few tracks from that new side of me and also still play around with the EDM stuff. I’m very happy and excited to show what has been made there! It’s just something I have never done or shown to anyone from my audience yet.” – Florian Picasso

“Japanese culture is just fascinating. I have developed a passion for Japan since I was a kid. I’m very much into Japanese gastronomy history and anime. I guess with the tracks I have made. You can hear those sounds and melodies that blend Asia’s culture. When you listen to Hikari, it is so rich in feelings.” – Florian Picasso

Now that you know all about Florian Picasso’s net worth and how he achieved success; let’s take a look at some of the best lessons that we can learn from him:

Many of us go down a sad path when we let our egos make us suffer.

People only get better with experience if they are willing to learn and understand the lessons given to them through the bad times in their lives.

How much is Florian Picasso worth?

Florian Picasso’s net worth is estimated to be $1 Million.

How old is Florian Picasso?

How tall is Florian Picasso?

Florian Picasso is a famous DJ known for his remixes of performers, including R3got and NERVO.

He, in addition, has worked with well-known brands DJ greats such as Steve Aoki and Benny Benassi. One of the first-ever celebrations he deejayed for was at Miami in 2014.

As of November 2022, Florian Picasso’s net worth is estimated to be roughly $1 Million.

What do you think about Florian Picasso’s net worth? Leave a comment below.