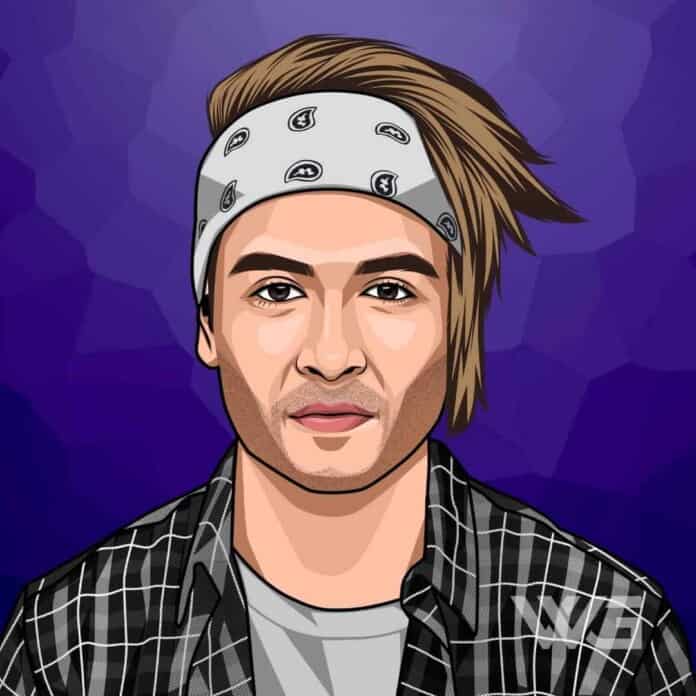 What is Danny Avila’s net worth?

Danny Avila is a Spanish DJ and producer based in Madrid.

Avila has thousands of fans over the whole world thanks to his impeccable career. His DJ skills and youthful energy caught the attention of superstar DJ Tiësto, who invited Avila to share the stage with him at Pacha Ibiza.

As of December 2022, Danny Avila’s net worth is approximately $1 Million.

Danny Avila was born on the 1st of April, in Marbella, Spain.

He started DJ’ing at the age of 12 and producing soon after. He moved to Madrid in order to become a DJ, and began spinning in the city’s clubs before he was old enough to be admitted into them.

Avila has worked with Tiësto, Deniz Koyu, The Black Eyed Peas, and Fedde Le Grand. His first set was in 2010 in the Spanish club Kapital. The following year, he was nominated as the “DJ Revelación” at the Vicious Music Awards by Ron Barceló 2011.

In 2012, he worked in the United States, the Tour Generation Wild with the artists Deniz Koyu, Mikael Weermets, Sick Individuals, and dBerrie. He got into the business by his dad, a club owner, who pushed him forward. He also worked in Macao, Manila, Londres, and San Paolo.

Ávila debuted at the Ultra Music Festival of Miami in March 2013. He signed a contract with MGM of Vegas as the youngest resident in the history of Hakkasan in 2013 with artists like Steve Aoki, Laidback Luke, DeadMau5, Tommy Trash, Tiesto and Calvin Harris.

In November 2014, he partnered with EDM lifestyle brand Electric Family to produce a collaboration bracelet for which 100% of the proceeds are donated to Doctors Without Borders. The partnership has raised over $1k as of November 2014.

Here are the best highlights of Danny Avila’s career:

“I’ve been a music guy since my early days. I asked my grandfather to buy me a violin as a birthday present when I was about six years old. I’ve played many instruments since then, but DJing was always my main passion.” – Danny Avila

“In the beginning, for me, DJing was like playing an instrument. Being able to put different songs together and tell a story in a DJ set felt like magic. I loved everything about it from the first moment I touched a mixer.” – Danny Avila

“My main setup consists of four CDJ-2000 NXS2s and a DJM-900 NXS2, plus an RMX-1000 as sampler and effects machine. My main DAW is Logic Pro X and I use Pioneer’s rekordbox software.” – Danny Avila

“Tiësto has always been one of my biggest idols and early influences. He was definitely someone who has helped me so, so much in my career, from musical to personal advice. But I think the great thing about music is there are always new talents coming up; it’s very important to keep an eye open for that sort of stuff.” – Danny Avila

Now that you know all about Danny Avila’s net worth, and how he achieved success; let’s take a look at some of the lessons we can learn from him:

A good idea is about ten percent and implementation and hard work, and luck is 90 percent.

How much is Danny Avila worth?

Danny Avila’s net worth is estimated to be $1 Million.

How old is Danny Avila?

How tall is Danny Avila?

At the grand old age of 18, Danny Avila has become one of the hottest acts in the world of EDM. From winning the ‘Best Newcomer DJ’ at the prestigious 2011 Vicious Music Awards at just 16 through to touring Asia, North America, and Europe.

As of December 2022, Danny Avila’s net worth is estimated to be $1 Million.

What do you think about Danny Avila’s net worth? Leave a comment below.

Find out how martial arts legend and actor Jet Li has achieved his vast net worth through his acting career and entrepreneurial ventures.