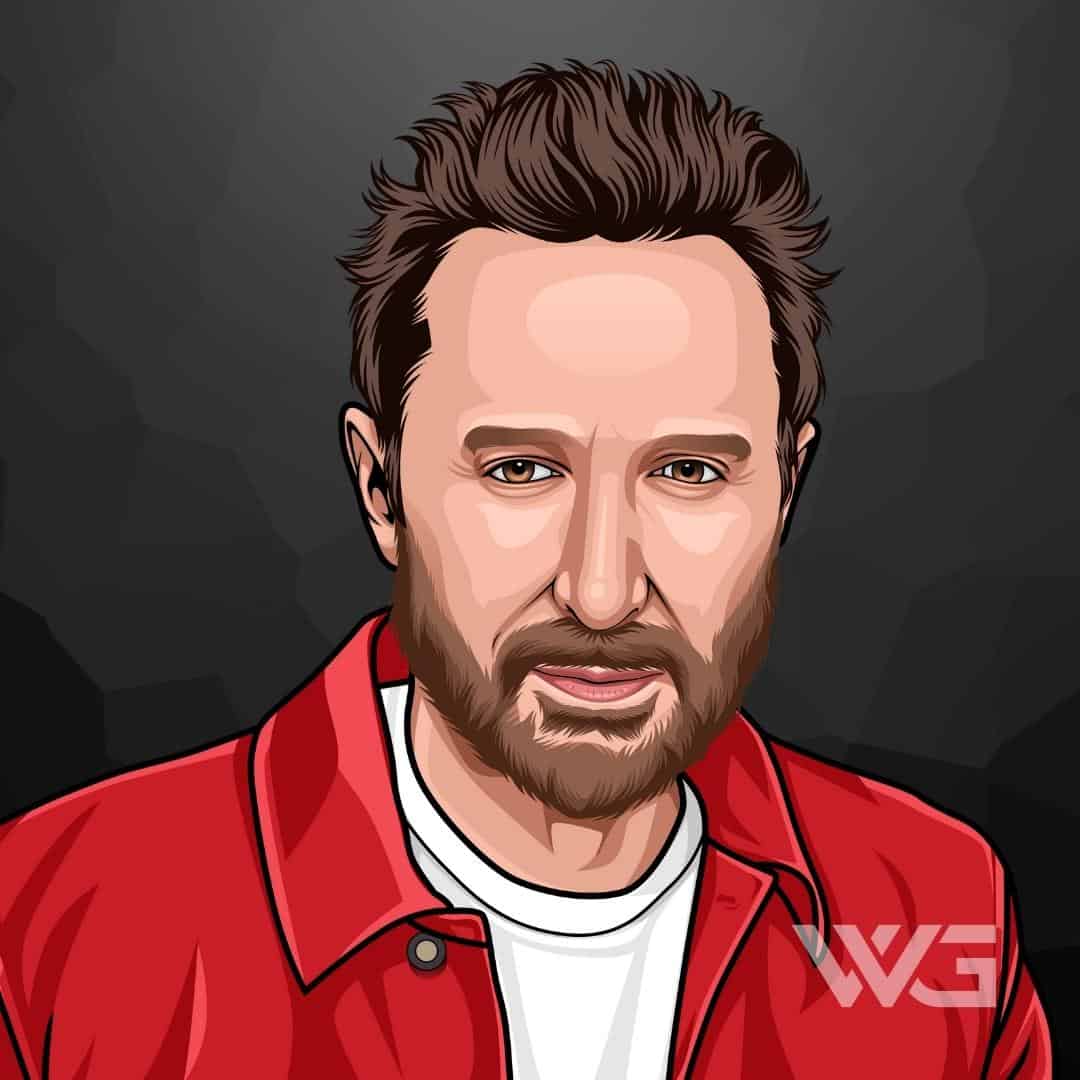 What is David Guetta’s net worth?

David Guetta is a pop culture phenomenon, with over 10 million albums and 65 million singles sold globally. He has taken DJ‘ing to a whole different level and is voted the number 1 DJ in the world according to the Top 100 DJs poll.

He’s come a long way from his early days at the Broad Club in Paris. Starting from nothing, he’s worked his way up to being one of the top-earning celebrities in the world.

The 2009 release of his album “One Love” was a massive success. It took him mainstream and was the start of his hugely successful career.

Pierre David Guetta was born on 7 November 1967, in Paris, France. He was brought up by his father, a socialist named Pierre Guetta, and his mother, Monique. With half-siblings from both sides of his family, he has four brothers and sisters.

He discovered his love for music at a young age,  mixing his first vinyl at the age of 13.

By the age of 15, David was regularly visiting many local discos. His biggest inspiration came from the track, Rude, composed by the American DJ Farley Keith. He was immediately drawn to it and knew that he wanted to compose something similar.

He discovered house music while working in a gay club, which was a great help to him in finding his style.

At the age of 17, David began his DJ’ing career at the Broad Club in Paris. And by 1988, he was hosting his own club nights.

During the mid-90s, Guetta could be found playing at Le Centrale, the Rex, Le Boy, and Folies Pigalle.

In 1994, David became the manager of Le Palace nightclub. After hosting the best parties at clubs all around France, David founded Gum Productions along with Joachim Garraud in 2001.

He released follow-up singles in 2002, “Love Don’t Let Me Go”, “People Come People Go” and “Give Me Something”, to wide acclaim.

This was followed by the release of multiple compilations, starting with F*ck Me I’m Famous, which he released in 2003.

But his third album, Pop Life, which was released in 2007, was incredibly successful in both the UK and Ireland. The album had sold more than 530,000 copies in 2010, according to EMI.

His lead single from his third album, Love is Gone, reached number 1 on the American Dance chart.

On the 5th of July 2008, David performed at an event called “UNITED” alongside Tiesto, Carl Cox, Joachim Garraud, and Martin Solveig in front of an audience of 40,000 people.

When releasing his fourth album in 2009, One Love, little did David know that his fame would go stratospheric. The album hit the top spot on the UK Singles Charts as well as in many countries all over the world.

The album sold three million copies worldwide and was nominated as “Best Electronic/Dance Album” at the 52nd Annual Grammy Awards.

The Black-Eyed Peas released a song called “I Gotta Feeling” which was produced by David Guetta. The song too hit the charts and became the most downloaded song of all time in the United States with over 7.5 million downloads.

His fifth album, Nothing But The Beat, which was released on 26 August 2011, starred many top celebrities, including Nicky Minaj, Snoop Dogg, Flo Rida, Lady Gaga, Afrojack, and Sia.

Guetta has produced, written, and featured in Rhianna’s seventh album, Unapologetic, which saw him touring alongside her.

With his best-selling albums hitting the top spot on the charts regularly, it’s little wonder that David is as wealthy as he is.

David Guetta’s salary varies depending on the number of shows he’s booking, but it’s been estimated that he rakes in more than $30 million per year.

David Guetta’s value skyrocketed in 2021 after a partnership with Warner Music took his net worth from $100 million to $150 million.

If he gets his wish to perform in space, he’s sure to increase that again exponentially.

Here’s a breakdown of David Guetta’s annual net worth:

David Guetta married nightclub manager, Cathy Lobe in 1992. They have two children; a daughter, Angie, and a son, Tim Elvis Eric. Unfortunately, in March 2014, after 22 years of marriage, David and Cathy divorced.

He travels regularly and even shared his experience of living in Dubai on his  official Instagram account during the pandemic.

David Guetta continues to perform, putting on his famous, F*ck Me I’M FAMOUS! live shows on the island of Ibiza.

David has been grabbing the headlines for years and it doesn’t look like it’s going to end any time soon. He’s been honored by the best in the business with just about every major star looking to collaborate with him.

Here are some of the most memorable events in David Guetta’s career:

With David mixing R&B, Pop and House music together with Electronic, it’s only a matter of time before he hits the headlines and scoops awards.

How Does David Guetta Spend His Money?

David absolutely loves to travel and to smooth the way, he invested in various properties across the globe. If he’s in different cities each day of the week, then he’s likely staying in one of his own properties.

Despite being very thrifty and down-to-earth, he has vice vices. One of which is fast cars. If he’s not in an F1 car shooting a video, then you can find him in one of the most expensive cars in the world, driving like a maniac.

He lives a clean life, neither smoking nor drinking. But he does like to dress well. This chic Parisian music producer is a huge fan of Nialaya jewelry, especially their bracelets.

David Guetta’s career has generated momentum all of its own. From his first hit album, it was clear that his talent and ear for the next big thing in music would drive his fans wild.

Here are some highlights of David Guetta’s career:

The who’s who of the music business are clamoring to work with him, so David’s going to be around creating pop history, for a very long time to come.

In contrast to what one would expect, David Guetta is a clean-living, thoughtful individual. He’s not at all concerned with the trappings of wealth and fame that go along with the party scene.

He’s maintained a peaceful home life, making sure that his wife and children are shielded from the excesses that so many musicians and producers find themselves drawn into.

Here are our favorite quotes from David Guetta:

David is a family man with strong family values. He credits his upbringing for his ability to keep a clear head, focus on what is real, and avoid the problems so many musicians encounter when they make it big.

Now that you know all about David Guetta’s net worth, here are some of the best success lessons to learn from David Guetta.

1. Music Brings Us Together

No matter your religion, nationality, or sexuality, music brings us all together.

Reach for your dreams even if it’s as out of this world as performing in space.

Do what you do because you enjoy it not for the money and its titles. If the music he makes was not quite so successful, David would still be out there, following his passion.

David Guetta remains the most famous DJ in the world and his compilations and music production skills are sought after by pop stars everywhere.

Increasing his net worth by more than $50 million in one year, shows that David still has the skills and talent, even after all these years. He’s got his eyes on the stars, literally wishing to perform in space.

What do you think about David Guetta’s net worth? Leave a comment below.