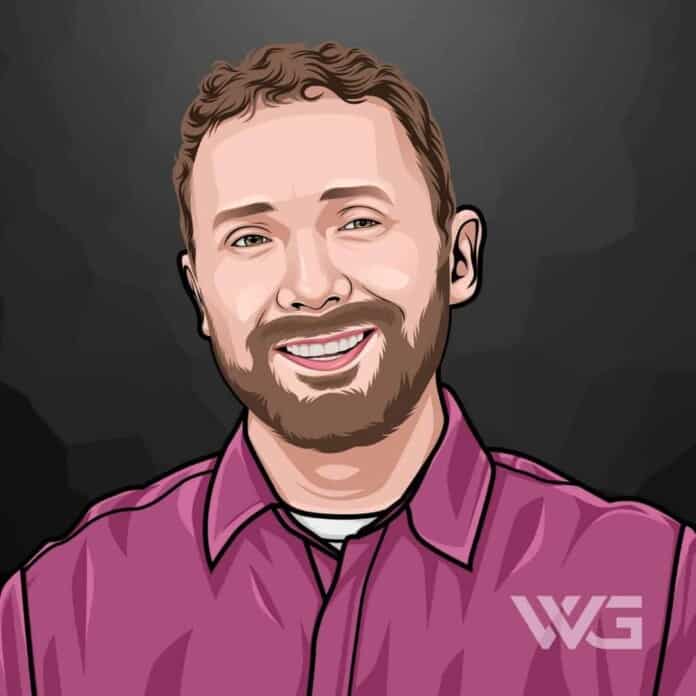 What is Lukas Walton’s net worth?

Lukas Walton is an American billionaire, who is the grandson of Sam Walton, the founder of the global retail giant ‘Walmart.’

He works as the director of the ‘Walton Family Foundation’ that supports education and protects rivers and oceans.

As of December 2022, Lukas Walton’s net worth is estimated to be $18 Billion.

Lukas Tyler Walton was born on the 22nd of March, 1986, in California.

Walton is the son of John T Walton and his wife, Christy. He is the grandson of ‘Walmart’ founder Sam Walton.

His grandfather joined ‘J.C. Penney,’ an American departmental store chain. After working there as a management trainee for 2 years, he quit serving the ‘US Army.’

After graduation, Walton started working for a venture capital company named ‘True North Venture Partners.’ The firm was founded by Michael J Ahearn, who later became its managing partner. Michael is also a former partner and president of ‘JWMA,’ the investment firm he had started with John T Walton, Lukas’s father.

He is also the chairperson of the ‘Environment Program Committee’ of the ‘Walton Family Foundation.’ The foundation came into existence in 1987. It was established by Sam and Helen Walton out of their philanthropic interest.

As an investor, Walton believes in improving the quality of life globally without compromising the health of the planet. The foundation has donated $17 million to ‘John Brown University from 1998 to 2006, $9 million to ‘College of Wooster’ from 2003 to 2005, and $8 million to ‘Alliance for School Choice.

The Walton family also established the ‘Sam M. Walton College of Business at the ‘University of Arkansas’ and the ‘Walton Arts Center’ in Fayetteville, Arkansas.

As of December 2022, Lukas Walton’s net worth is estimated to be roughly $18 Billion.

How Does Lukas Walton Spend His Money?

Lukas Walton spends some of his money on real estate.

Walton lives in a beautiful home in Jackson, Wyoming.

Here are some of the best highlights of Lukas Walton’s career:

“I was giving Luke six glasses of juice daily — fruit or carrot. We would get organic pasta. I removed red meat and pork altogether, made my own mustard, mayo,” Walton told the paper. “In five months, Luke’s tumor was gone. I attribute that to a complete nutrition change.” – Christy Walton

“If you love your work, you’ll be out there every day trying to do it the best you possibly can, and pretty soon everybody around will catch the passion from you – like a fever.” – Sam Walton

“I learned early on that one of the secrets of campus leadership was the simplest thing of all: speak to people coming down the sidewalk before they speak to you. I would always look ahead and speak to the person coming toward me. If I knew them, I would call them by name, but even if I didn’t, I would still speak to them.” – Sam Walton

3 Motivational Lessons From The Walton Family

Now that you know all about Lukas Walton’s net worth and how he achieved success; let’s take a look at some of the lessons we can learn from him and his family:

1. Understand The Value Of The Dollar

Save money. Live better. Walton dined at family restaurants, slept two to a room when traveling with his executives, and among all of the eighteen airplanes he bought in his lifetime, none were brand new.

After five years of hard work in Arkansas, Walton eventually managed to outperform his competitors and build the largest and most profitable variety store in the whole region.

Unfortunately, he lost everything over a contract mistake. His landlord got greedy and wanted to give Walton’s store to his son, so he refused to renew his lease at any price.

The best word to describe Sam Walton is competitive. He got that from his mother, who taught him to take life seriously and try to be the best at everything he did.

He worked as a lifeguard, waited tables in exchange for meals, and stopped getting allowance as soon as high school began.

How much is Lukas Walton worth?

Lukas Walton’s net worth is estimated to be $18 Billion.

How old is Lukas Walton?

How tall is Lukas Walton?

Lukas Walton is best known for being the grandson of the founder of Walmart. Walton also works for the ‘Walton Family Foundation.’ Walton’s family has donated more than $2 billion to the foundation since 2007.

He has also been part of an American venture capital firm named ‘True North Venture Partners.’

As of December 2022, Lukas Walton’s net worth is approximately $18 Billion.

What do you think about Lukas Walton’s net worth? Leave a comment below.