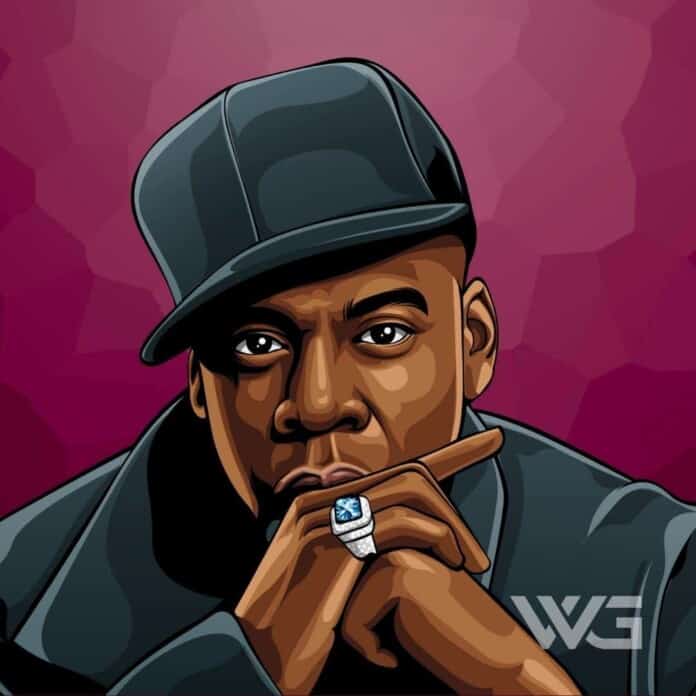 What is Jay-Z’s net worth?

Jay-Z’s net worth is estimated to be an incredible $1.3 Billion As of January 2023, which did make him the richest rapper of all time, and the very first billionaire in the hip hop industry. However, Kanye West has since become the richest, pushing Jay-Z down to #2.

Jay-Z, born Shawn Corey Carter, is an American rapper, entrepreneur, and investor. He has become one of the bestselling musicians of all time, after having sold 100+ million records, and received 21 Grammy awards for his work.

Just like many of the other successful athletes and musicians of the world, Jay-Z didn’t let music be the be-all and end-all of his career. He diversified, and began investing in nightclubs, restaurants, his own clothing line and record label.

Shawn Carter was born on the 4th December 1969 in Brooklyn, New York, United States. He was raised in Marcy Houses, a housing project in Brooklyn’s Bedford-Stuyvesant neighborhood. Gloria, Shawn’s mother, raised him and his 3 siblings after their father abandoned them.

Shawn attended Eli Whitney High School in Brooklyn until it was closed down. He then attended the nearby George Westinghouse Career and Technical Education High School with future rappers The Notorious B.I.G. and Busta Rhymes, followed by a stint at Trenton Central High School in Trenton, New Jersey. He never graduated from High School.

Gloria purchased a boom box for Jay-Z’s birthday, initially sparking an interest in music. After this, he began free-styling and writing lyrics, adopting the name ‘Jay-Z’ to honor his mentor ‘Jay-O’.

Initially, Jay-Z was selling records out of the trunk of his car. He had no record deal, and was unsigned, so he did whatever he could to try and sell his music.

He founded the record label Roc-A-Fella records with Damon Dash and Kareem Biggs, which ended up with them striking a distribution deal with Priority. This then allowed Jay-Z to release his debut album ‘Reasonable Doubt’ in 1996.

Fast forward to today, and Jay-Z holds the record for most number one albums by a solo artist on the US Billboard 200 with 14. He has also had four number #1’s on the Billboard Hot 100.

How much is Beyonce & Jay-Z’s combined net worth?

How Does Jay Z Spend His Money?

Jay Z lives in a $6.85 million apartment in Manhattan. He reportedly rented a $400,000-per-month summer house in the Hamptons.

He has an awesome collection of jewelry such as a solid gold chain necklace which is worth $234.000. He also has a Hublot Big Band watch worth $73,700.

Sometimes he brings his family on vacation on $3.6 million private Bahamas island and $61.4 million yachts.

Here are some of the highlights of Jay-Z’s career:

“I would run into the corner store, the bodega, and just grab a paper bag or buy juice – anything just to get a paper bag. And I’d write the words on the paper bag and stuff these ideas in my pocket until I got back. Then I would transfer them into the notebook.” – Jay-Z

“I think relationships are broken up because of the media.” – Jay-Z

“Successful people have a bigger fear of failure than people who’ve never done anything because if you haven’t been successful, then you don’t know how it feels to lose it all.” – Jay-Z

View our larger collection of the best Jay-Z quotes!

3 Keys to Success from Jay-Z

Now you know all about Jay-Z’s net worth, and how he achieved success; here are some of the best success lessons to learn from Jay-Z:

1. Inspiration Can Strike at Any Time

You heard the guy, he used to buy a bottle simply for the brown paper so that he could write down any lyrics or ideas that came to his mind. Inspiration can strike anywhere, and Jay-Z made sure that he was prepared for when it hit. He probably drank that bottle as well, but that’s beside the point.

Be ready for when inspiration comes your way.

Jay-Z’s net worth isn’t like that of many other rappers in the world. Want to know why? he didn’t stop at rapping. He went into entrepreneurship, investing in restaurants and nightclubs. This is where the majority of his net worth has come from.

3. Don’t Wait Until You Have Everything You Need

Jay-Z didn’t always have the equipment or money he would have liked when he first started out. However, he made do with what he had, and started where he could.

This would probably be the reason why most people don’t get started on their dreams. They say they’re waiting until they have all the stuff they need. Successful people find other ways to get started without all that jazzy stuff.

View our larger collection of success lessons from Jay-Z!

How much is Jay-Z worth?

Jay-Z’s net worth is estimated to be $1.3 Billion.

How old is Jay-Z?

How tall is Jay-Z?

Jay-Z is one of the most successful hip-hop artists in the world, and he’s also an accomplished entrepreneur. We know this guy is the real deal, and his net worth of over $1.3 Billion shows it.

He’s inspired a lot of other artists to come forward and start producing.

What do you think of Jay-Z’s net worth? Leave a comment below.

What is Michael Vicks' net worth? Introduction As of ,...