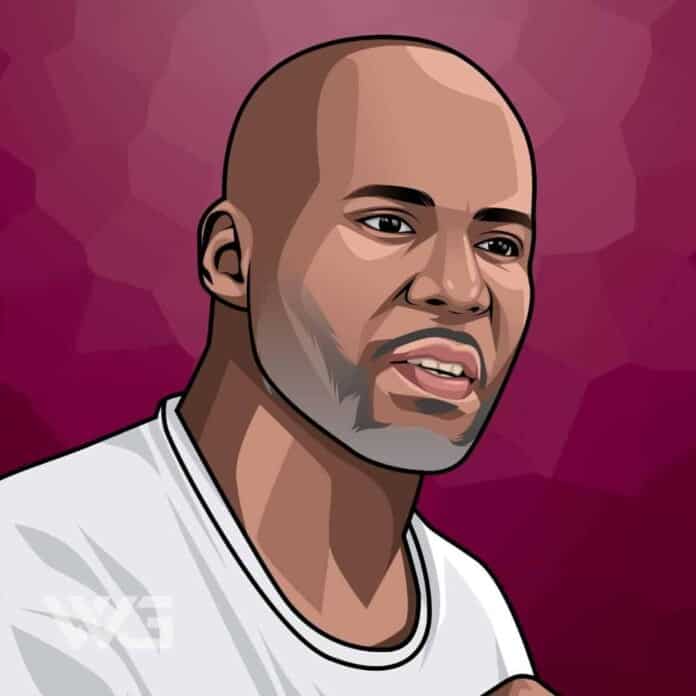 What is DMX’s net worth?

DMX is one of the powerhouses of hardcore rap. His early childhood experiences led him to a life plagued with legal issues at an early age. The music he creates is reflective of his upbringing and his faith.

DMX debuted at number 1, which is uncommon in the rap industry, and his music continues to be influential. He’s also currently the fifth best-selling rap artist in the United States.

Earl Simmons was born in Baltimore, Maryland on December 18, 1970. The family relocated to Yonkers, New York, where he grew up. Earl’s father left him at a young age and his mother was abusive His childhood was chaotic and violent. which lead to group homes and surviving on the streets for Earl.

In his teen years Earl had many run ins with the law and was often violent. Survival on the streets led him to being in and out of prison, and to drug and alcohol use at a young age. Salvation came in the form of hip hop, and he started out as a DJ and human beatbox, before moving on to rap.

DMX became known in the freestyle rap scene and quickly found himself written up in The Source Magazine’s Unsigned Hype column.

In 1992 Ruffhouse, a subsidiary of Columbia signed him to a deal, and his debut single “Born Loser” was released. This seemed like a promising start for DMX, but his single was under-promoted by the company and he was soon released from his contract.

In 1994 he released a second single, Make a Move, but he was soon after arrested for drug possession.

Three years later, in 1997, DMX signed on with Def Jam and made several guest appearances with artists such as LL Cool J and Mase. A third single, Get at me Dog, was released the following year. This single became a gold selling smash hit on the rap and dance charts and DMX became a known name.

His debut album was released in May 1998 and it debuted at number one on the pop charts. DMX has since sold over 74 million albums, 17.1 million in the United States alone. He has released seven studio albums, and five compilation albums, and has appeared in several movies, including Never Die Alone.

In addition to rapping and acting, DMX also dabbles in record producing. In 2000 he partnered with Def Jam and launched Bloodline Records. This label focuses on the new generation of R&B and hip-hop artists. Currently, the label has a handful of artists signed, including Nyla and Word One.

Here are some of the best highlights of DMX’s career:

“I just find myself happy with the simple things. Appreciating the blessings God gave me.” – DMX

“Right, wrong, good, bad, heaven, hell. I think that is the theme of my life. I think you have to know both in order to honestly choose one. So I’m familiar with both sides of the fence.” – DMX

“No matter how hard it rains, withstand the pain.” – DMX

Despite the successes, DMX experienced in both music and film his legal issues continued to follow him through his life. DMX filed for bankruptcy several times and currently owes more than $1.2 million in child support.

As a result of this, DMX’s net worth has clearly suffered, and currently sits at -$1 Million.

What do you think about DMX’s net worth? Leave a comment below.