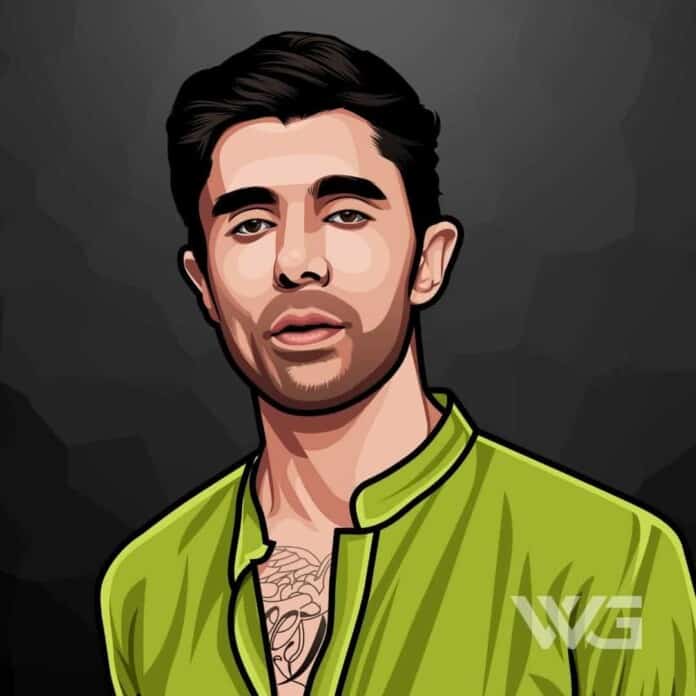 What is KSHMR’s net worth?

KSHMR is an American musician, record producer, and DJ.

He was born in California, and he got his stage name from the state of Jammu and Kashmir.

Niles Hollowell-Dhar was born on the 6th of October, 1988, in San Diego, California.

His father is a Kashmiri Hindu who emigrated from India, while his mother is American.

He got his stage name from the state of Jammu and Kashmir, from where his paternal side hails from.  He was originally a part of the hip-hop production duo, The Cataracs with David Singer-Vine.

In 2014, he began making electro house music under the alias of KSHMR. Under this name, he charted on Beatport. Hollowell-Dhar’s collaborations notably include Firebeatz, R3hab, Tiësto, Carnage, Timmy Trumpet, and DallasK.

KSHMR finally revealed himself at Ultra Music Festival 2015 and was introduced by Tiësto himself. His song, ‘Secrets,’ a collaboration with Tiësto and Vassy, was a huge EDM hit, streaming through buzz charts and reaching the top of the Beatport Chart.

He released ‘The Lion Across The Field EP’ in 2016, his first album. He co-wrote and co-produced ‘Tsunami’ by DVBBS & Borgeous, as well as ‘Stampede’ by DVBBS, Borgeous, and Dimitri Vegas & Like Mike, among other songs.

In 2020, KSHMR released the single ‘One More Round,’ which featured Jeremy Oceans. It was released on Spinning Records. The following year, alongside Armaan Malik and Eric Nam, they released their single ‘Echo’ with KSHMR. Regarding the song, Hollowell-Dhar said, “Echo is a song about tough relationships that I think we can all relate to.”

Here are some of the best highlights of KSHMR’s career:

“I remember my dad would watch Bollywood movies that came on the local network in the Bay Area, and that was my first experience with Bollywood movies. I remember thinking that they were too long, but my mom would go to church on Sundays, so it was my way out of going and stay home with my dad and watch them.” – KSHMR

“My grandpa was excited to come up on stage. He was more excited about it than I had anticipated and basked in the spotlight. He also took a lot of pride in the music and that I named my project KSHMR because Kashmir is where he is from, and it’s important to him.” – KSHMR

“Well, if you go back, I was a busser at a Mexican restaurant, and I was a tutor for underprivileged kids. After that, I started The Cataracs with my friend David, and we enjoyed some success as pop producers and writers.” – KSHMR

“When I first started, I felt like I could add something to the dance music world. I would never have quantified it in that way. I was passionate, and that passion yielded the opportunity to make a lot of music because I didn’t tour at first.” – KSHMR

“The biggest difference has been that for the first time. We have a fully animated story. It was always a dream. However, we didn’t have the money. So, we used a comic book style where you see still images that move subtly with a narrator that told the story. Now, it’s fully animated, more gripping, and more action-based.” – KSHMR

“I still love songs like “Secrets” – and after having experimented and having done a lot of songs that don’t sound anything like it – it was fun to go back and do something similar.” – KSHMR

Now that you know all about KSHMR’s net worth, and how he achieved success; let’s take a look at some of the strongest lessons we can learn from him:

You can focus on the game ahead and do what you need to win. If they want to expend energy keeping track, that’s fine. But you decide when you finish.

Everything you want is just on the other side of fear. Do yourself a favor and be brave. Don’t worry about failing or not reaching the goal. Your first hurdle is deciding if you value far more than the result.

All progress is progress. Some people work longer hours or seem to achieve more in less time

How much is KSHMR worth?

KSHMR’s net worth is estimated to be $2 Million.

How old is KSHMR?

How tall is KSHMR?

As of February 2023, KSHMR’s net worth is estimated to be roughly $2 Million.

What do you think about KSHMR’s net worth? Leave a comment below.