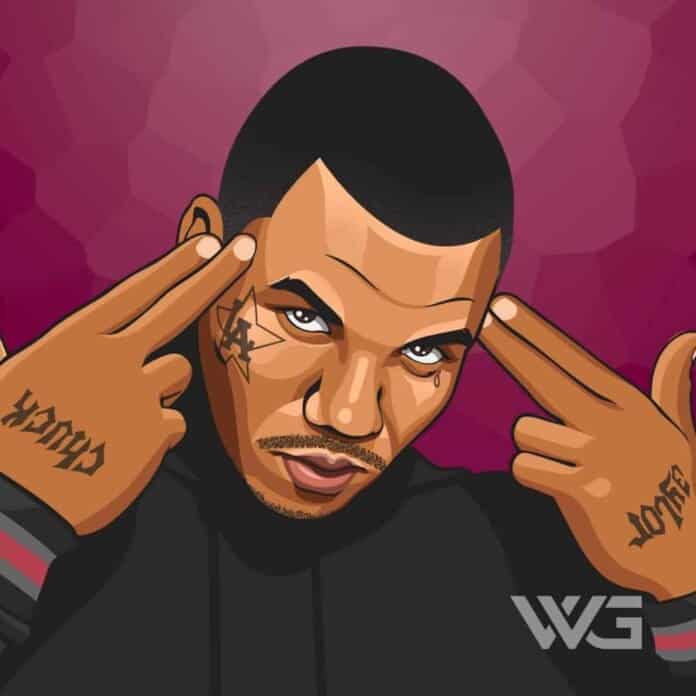 What is The Game’s net worth?

As of December 2022, The Game’s net worth is approximately $10 Million.

Jayceon Terrell Taylor, better known as The Game, is a famous American rapper and actor. He is recognized for having made a significant come back with the West Coast hip-hop scene.

He first began to make a name for himself when he became associated with the infamous rapper Dr. Dre.

Jayceon was born in Los Angeles California on November 29, 1979, to George and Lynette Taylor. Growing up in Compton he quickly became associated with some of the city street gangs.

Having drug addict parents lead to a troubled childhood for him and at the age of seven, he was placed in foster care. And about eight years later he was taken out of foster care and reunited with his mother Lynette Taylor, but still continued to have trouble with the relationship.

He attended Compton high school and became an athlete at the school being involved in sports like basketball and track and field.

By the year 2000, he had become completely taken over by the street gang lifestyle and had begun to sell and distribute drugs in the streets. Until one day when he was shot at and remained in a coma for three days, he awoke and soon discovered his love for rap music.

He then decided to rebuild his life and become more involved with music and leave behind his crime-ridden past.

The Game’s very first mixtape ‘you know what it is vol. 1’ dropped in 2002 by the Black Wall Street Records which he had previously established with his brother George.

And a few months following this release he was discovered by Dr. Dre who wasted no time signing the young rapper with his company Aftermath Entertainment.

In 2003 Dr. Dre sent The Game to go work with G-Unit and 50 Cent that he could collaborate with them and gain popularity. After that, he made several appearances in music videos by Lloyd Banks, Young Buck, and 50 Cent.

In 2004 he released his single ‘Westside story’ and quickly followed it up by ‘untold story.’ And in 2005 he debuted one of his most successful album titled ‘the documentary.’

Soon after this The Game became involved in several feuds with other rappers and left aftermath entertainment. However, in 2006 he was signed by Geffen Records and continued releasing more music.

In 2008 he dropped his album ‘LAX’ and it was Number two on the Billboard 200 chart. Into 2009 Game release a song called ‘better on the other side’, which was a tribute to Michael Jackson who had passed only a few days before.

At the beginning of the year, 2010, The Game made a return to the company aftermath entertainment and soon after released ‘The R.E.D. Album’ in 2011 and the mixtape ‘Operation Kill Everything’ in 2012.

In 2015 he released his album ‘documentary 2’ a sequel to one of his previous albums. And in September 2016 he released a diss towards Meek Mill called ‘92 Bars’.

Here are some of the best highlights of The Game’s career:

Favorite Quotes from The Game

“Me, myself, I’m not a star. I’m just a regular guy who has a great rap album and is the protégé of Dr. Dre. But I’m the most down-to-earth guy.” – The Game

“There’s no controversy in my way. There’s nobody telling me to rap like this or anything.” – The Game

“Dream come true for me, and I simply want to build with the right people and brands so I can be a part of shaping what this industry looks like. It’s exciting to know that my ideas, my words, my voice… make a difference in the industry. That’s the kind of stuff that keeps me inspired to be pushing limits with the best in the biz.” – The Game

View our larger collection of the best The Game quotes!

3 Rules for Success from The Game

Now you know all about The Game’s net worth, and how he managed to achieve success; let’s take a look at some of the success lessons we can learn from him:

Pushing your limits means exploring new things that you never thought could be possible for yourself. If you want something bad enough and are willing to work hard enough for it you have to push your limits to see where you can truly go.

2. Make a difference in your lifetime.

Don’t just be someone that stands by and follows the rest of the world. You should be doing everything in your power to make a difference and leave the world a better place.

3. Don’t change who you are for anyone.

You are who you are and you shouldn’t change yourself for anyone. Always stay true to yourself no matter where life takes you because, in the end, you’re all you’ve got.

How much is The Game worth?

The Game’s net worth is estimated to be $10 Million.

How old is The Game?

How tall is The Game?

The Game is a very well-known and hard-working rapper and actor. He has had a tremendous impact on his industry.

What do you think about The Game’s net worth? Leave a comment below.